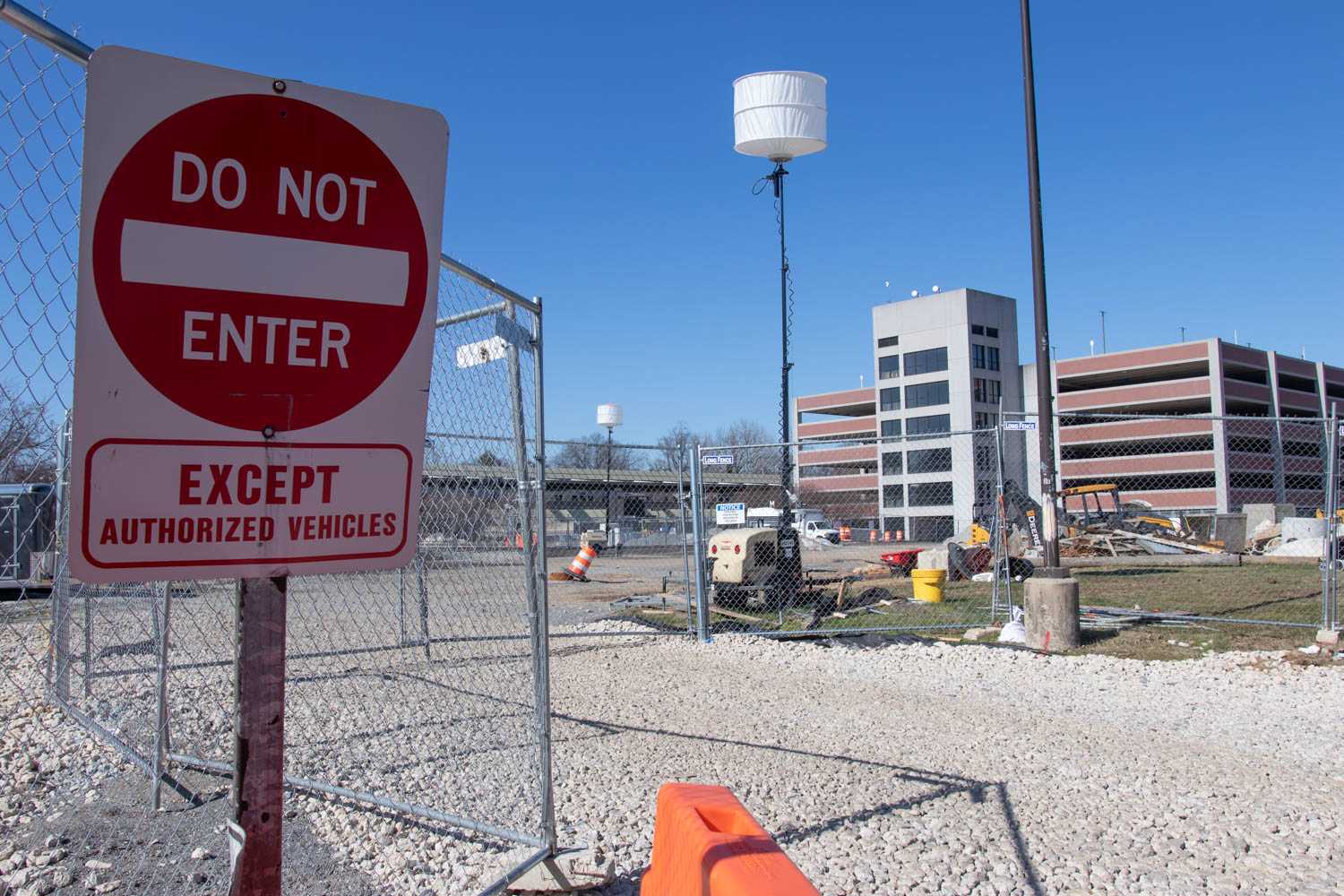 Construction for a new Marriott Residence Inn near the College Park Metro station is planned to start as soon as this year. (Richard Moglen/The Diamondback)

Construction for a new Marriott Residence Inn near the College Park Metro is planned to start as soon as this year.

Preliminary site plans for the new hotel, which is being developed by Republic Properties Corp., were approved by the Prince George’s County Planning Board on Jan. 23. The Residence Inn will sit on more than two acres of land and will accommodate 165 rooms, according to county agenda documents.

Construction is set to start once all of the entitlements are secured, said Brad Coburn, managing director for Republic Properties.

“We, like many people, are attracted to College Park for the university, for the proximity to the Metro and the employment in the adjacent business park amongst other reasons,” Coburn said. “The general area is continuing to develop, become more attractive.”

The hotel’s planned site, located on Campus Drive and Corporal Frank S. Scott Drive, is currently a parking lot that Prince George’s County owns. The project will take from 20 to 22 months to complete, and is estimated to cost over $40 million, Coburn said.

[Read more: “After years of lobbying from residents, Calvert Hills will soon have a new drainage system”]

“A hotel makes a lot of sense,” he said. “It could be both great for people who want to go to D.C. or to the university.”

Spaces for retail — likely to become food or beverage spots — will accompany the Residence Inn, Coburn said. The stores will appeal to hotel guests, travelers on the Metro and future residents of an apartment complex that will be located on River Road, he added.

That apartment complex, developed by Gilbane Properties Inc., will contain 451 multifamily units spread over more than five acres of land, according to county documents. Gilbane Properties is developing the complex through Metro’s Joint Development Program, in which the transit authority works with private developers to promote transit-oriented development.

Projects such as the hotel and apartment complex fit within the city’s goals to develop its Transit District, an area that covers properties on the side east of the Metro tracks, College Park Planning Director Terry Schum said.

She added that the city would like to see the area become a “transit village,” where there’s a blend of housing, retail and offices.

However, the Residence Inn will be entering an already-crowded hotel market, since new hotels — including The Hotel in 2017 and the Cambria Hotel College Park in 2018 — have entered the area in recent years.

Jeff Brainard, vice president of sales and marketing for the company that manages both The Hotel and the Cambria, didn’t seem concerned at the prospect of having more competition, though.

He explained that Marriott Residence inns typically attract guests interested in extended stays. The Hotel, on the other hand, targets group business and corporate travel, while the Cambria’s location on Route 1 is “superior” to the Residence Inn’s location, he said.

“When you add supply to a market, there are more options for customers,” said Brainard, who works for Southern Management Corporation. “[But] our focus isn’t going to change.”

New developments, such as the Purple Line and the Southern Gateway — another apartment complex planned to be built in College Park — will also increase demand in the market, Brainard said.

“We’re looking at things more positively,” Brainard said. “It really has been a great time to have a hotel here.”