After years of lobbying from residents, Calvert Hills will soon have a new drainage system 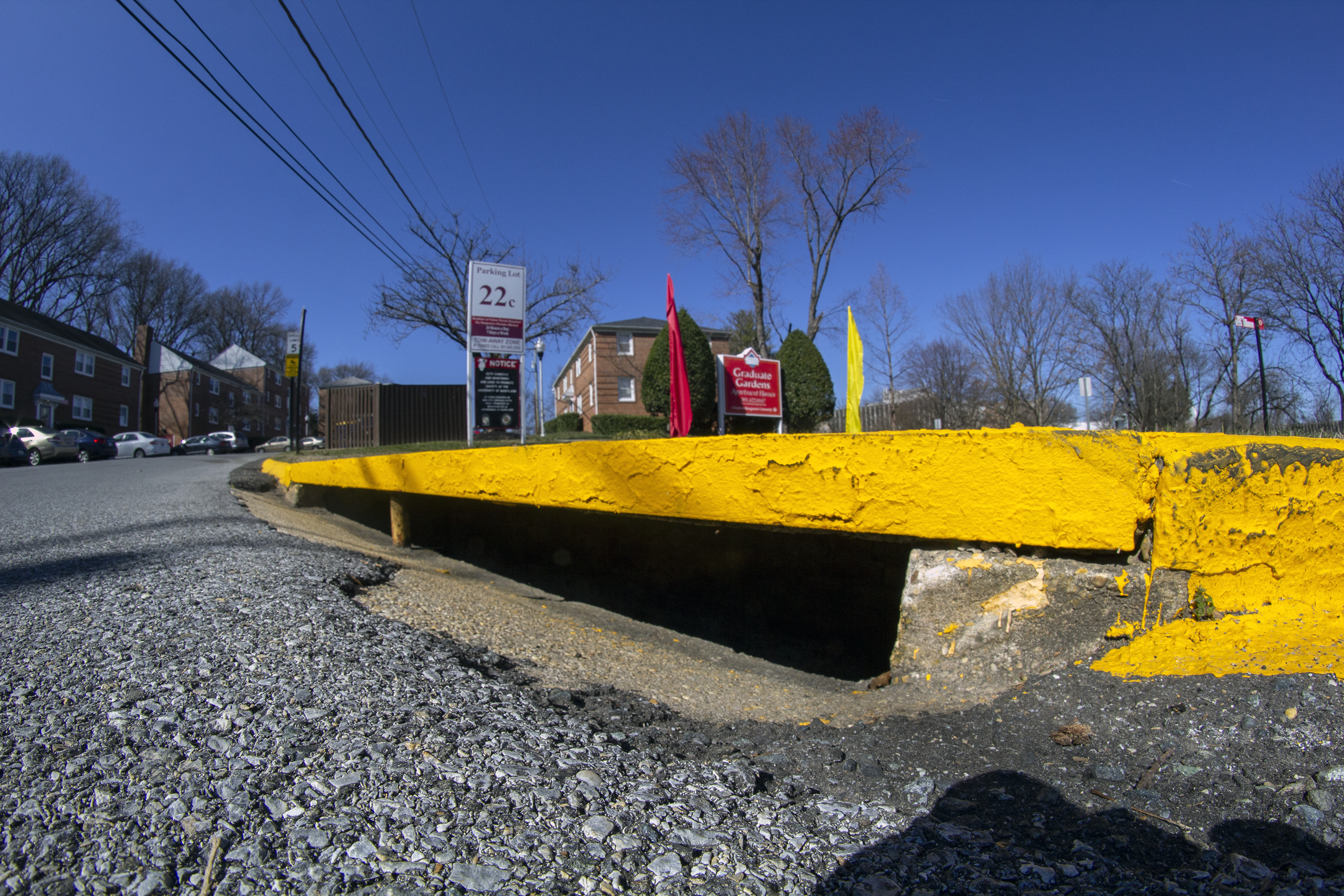 After 10 years of calls for an updated system, construction on a drainage improvement project in the Calvert Hills community of College Park is set to begin this fall.

The Prince George’s County Department of the Environment plans to begin installing new drain pipes and a stormwater storage vault over the next two years, along with upgrading the area’s road culverts. It is intended to improve runoff water overflows in the community, where an undersized drainage system has often led to flooding after severe rainstorms.

“It has been a priority for our neighborhood to get this drainage improvement project done,” said Stuart Adams, Calvert Hills Citizens Association president. “We know how bad flooding can be, and this project is just to bring [the system] up to the minimal design standards.”

Calvert Hills’ current drainage system was installed in the 1940s, when some of the last houses in the neighborhood were built, said District 3 councilman John Rigg. As the University of Maryland expanded upstream and the Metro tracks were introduced, stormwater began to run increasingly downhill and into the Calvert Hills community, Rigg added.

“There were a series of storms that essentially generated knee-deep water in the neighborhood,” said Rigg, who cited two rainstorms — one in 2009 and one in 2014. “The county found it was due to stormwater infrastructure.”

District 3 resident David Dorsch said that after the storm in 2014, 18 inches of water flooded the basement of a house he leases out, causing about $25,000 of damage.

“When we have one of these heavy rainstorms … it seems like the size of the piping is not large enough to handle these large flows of water,” Dorsch said. “Everyone knows that this is a big problem and everyone knows it needs to be fixed.”

Improvements will be completed in four different stages, according to a factsheet from the county. Construction on two of the four phases — which involve installing a new stormwater storage system at Calvert Park and upgrading drainage infrastructure along Guilford Road and Dartmouth Avenue — will begin this fall, and are set to be completed by the end of summer 2021.

The last two phases of construction include upgrading drainage channels along Baltimore Avenue and Guilford Road. Construction for these improvements are set to begin in spring 2021, with an estimated completion date of spring 2022, according to the factsheet.

Total construction costs — which are budgeted to be spent in fiscal years 2021 and 2022 — are estimated to amount to $5 million, according to a 2018 presentation from the county.

Linda Lowe, a spokesperson for the county’s Department of the Environment, wrote in an email that the county announced the project in December 2013, more than three years after planning evaluations began. The project is still in the design phase, which is expected to be completed this summer and will cost the county over $1.9 million.

“There’s a lot of engineering that goes into it,” said Olson, who helped propel the project forward in 2009. “They have to do surveys and a lot of investigating.”

Adams and Dorsch expressed their frustration with the drawn-out design phase. Redevelopment projects in College Park — including a new apartment complex on Guilford Road — have heightened their concerns.

Runoff water from the redeveloped sites uphill of Calvert Hills often lead into the community, Adams said, which is why he’d like to see improvements before any more deforestation.

“The county folks in charge of this project have stated their contracting process. That’s not that meaningful to the average resident,” Adams said. “It’s been funded, but there still haven’t been any shovels in the ground.”

[Read more: Marathon Deli is moving to a new location — but it’s just around the corner]

In 2018, Calvert Hills residents collectively wrote a letter to county executive Angela Alsobrooks urging the county to speed up the project.

“This project has been crawling along at the incremental design phase for the better part of a decade,” Rigg said. “[And] it seems as if severe weather is becoming more common.”

Olson agreed that the area has seen more intense storms in recent years, but said the investigation and engineering processes for the project require time.

“Especially in light of climate change, we’ve got more storms — more intense storms, more unpredictable storms — globally,” said Olson. “We have to be resilient to those types of issues.”