No. 7 Maryland men’s basketball vs. No. 25 Ohio State: How to watch and what to watch for 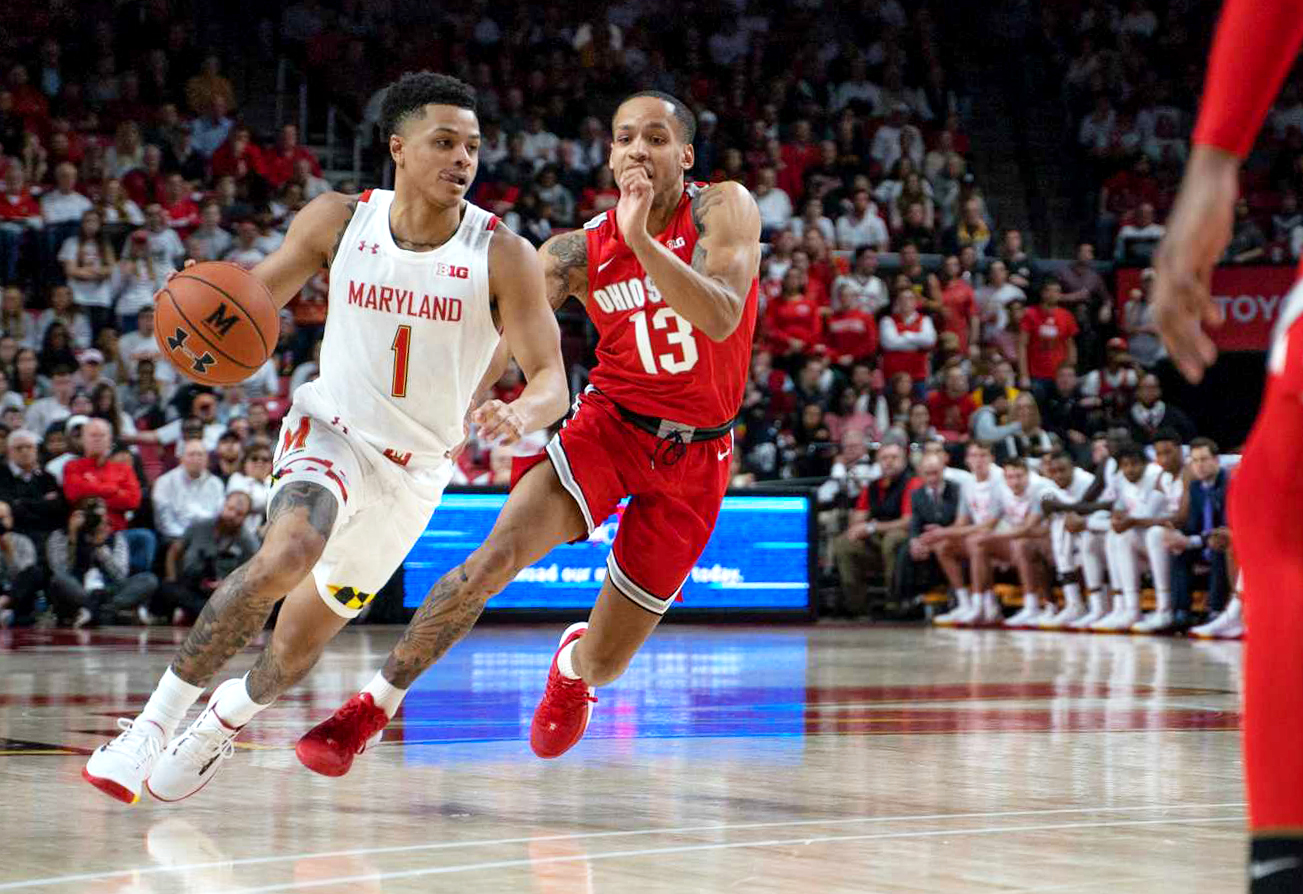 What to watch for Maryland: Shooting

The Terps have been bailed out by their stellar defense in recent games, but against Northwestern, a team with just one Big Ten win this season, Maryland was out-shot from the field and three-point line. Luckily, the Terps dominated at the free-throw line and rebounding margin. Their strong suit right now is their defense, currently holding opponents to 62.3 points per game and a 38.7 field goal percentage overall this season, but the Terps need to knock down shots to have a chance in Columbus. Anthony Cowan Jr. might be shooting 35 percent from beyond the arc, but he’s also shooting 39.4 percent from the field, so it will be a tough road test once again for Maryland.

What to watch for Ohio State: Kaleb Wesson

Where Wesson goes, the Buckeyes go. The 6’9” center leads the team, averaging 13.9 points per game. He scored 15 when Ohio State came to College Park in January, nearly posting a double-double with nine rebounds in the game, but the Terps held the Buckeyes to a 31.3 field goal percentage in that contest and an 18.5 three-point percentage. When Wesson is able to get his buckets, more or less, Ohio State has found a way to win, so if a combination of Jalen Smith and Ricky Lindo Jr. cannot stop him down low, that spells disaster for a Maryland team shooting just over 41 percent from the field and 32 percent from beyond the arc.