Maryland softball fails to score in season-opening losses to Wichita State, No. 6 Texas 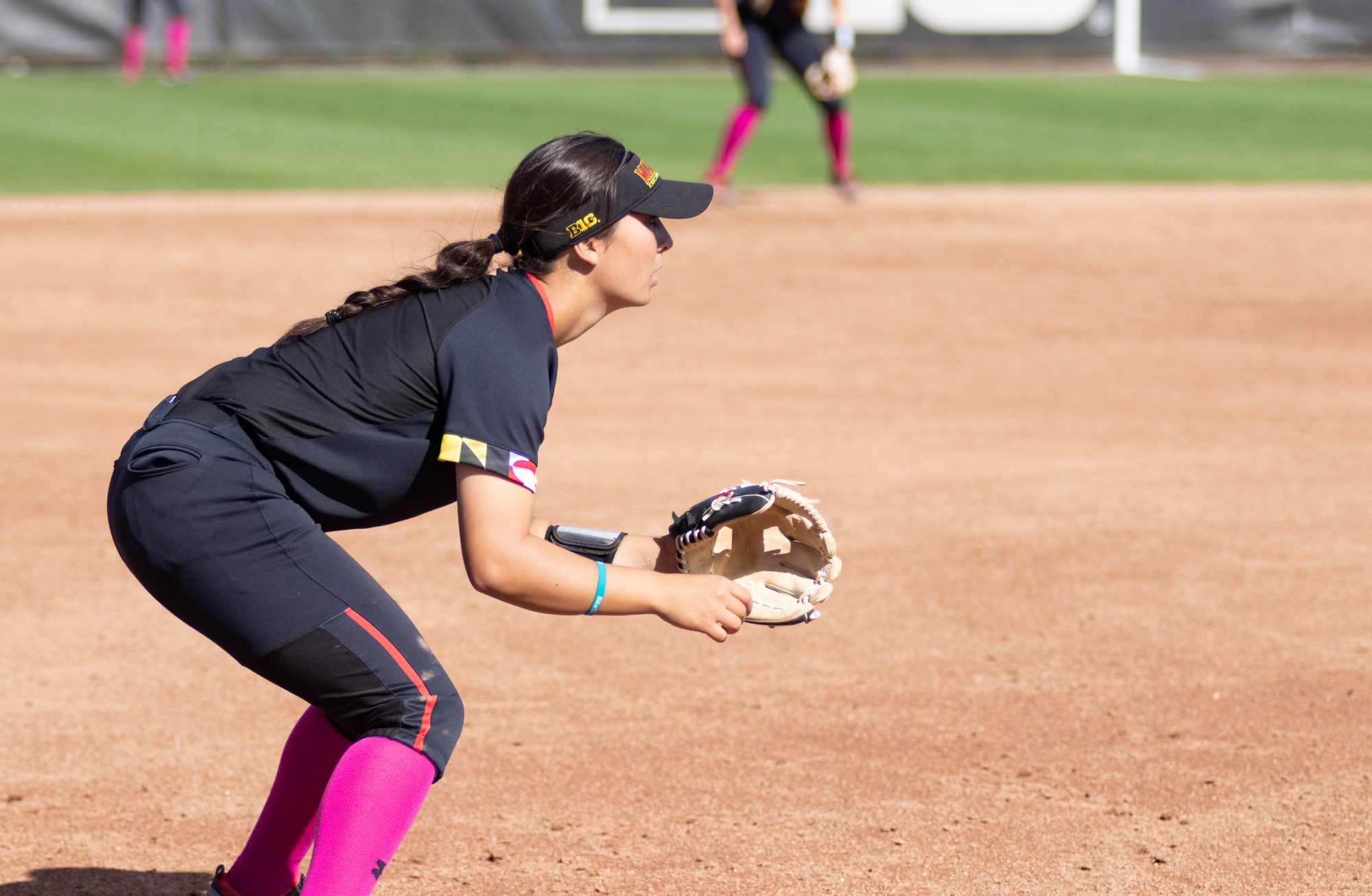 Infielder Anna Kufta broke up a no-hitter in the fourth inning of a 8-0 loss to Wichita State on Feb. 6, 2020. (Julia Nikhinson/The Diamondback)

After Maryland softball languished to a 20-31 record during its 2019 campaign and coach Julie Wright resigned, Thursday’s season-opening doubleheader offered the Terps a new beginning — with a new head coach, a new-look pitching staff and new pieces in the batting order.

At the Texas Classic in Austin, Maryland opened up with two imposing challenges, facing Wichita State and No. 6 Texas. And in Mark Montgomery’s first two matchups at the helm, the Terps were shut out twice in mercy-rule losses by a combined score of 25-0, with four pitchers surrendering 20 earned runs.

Freshman pitcher Courtney Wyche earned the start in her Maryland debut and she gave up one run in the first inning against Wichita State. Behind early, the Terps never seemed to find their groove.

The Shockers added two more runs in the third inning, putting Maryland behind by three. And in the fourth, infielder Anna Kufta ended Wichita State’s no-hitter with a single to right field. But Kufta was stranded, and the Terps’ offense lacked the consistency to keep up.

Maryland fell behind even further in the fifth and sixth innings, with the Shockers scoring an additional five runs to seal a sixth-inning mercy rule victory, 8-0, in its season opener.

In the Terps’ second game, they took on a highly ranked Longhorns squad. And Texas showed its quality early and often, knocking around rookie pitcher Trinity Schlotterbeck in her first action of the season — she allowed 10 hits in two frames.

With two errors in the first inning, the Terps allowed six players on base and gave up three runs. Heading into the second, infielder Regan Kerr got a base hit and swiped second base, but a strikeout and popout stranded her. Infielder Taylor Okada reached third following a throwing error and two wild pitches, yet the Terps couldn’t knock her in, either.

Meanwhile, in the bottom of the second, Schlotterbeck gave up a two-run home run before hurler Amelia Jarecke replaced her in the circle. Falling to their biggest deficit in the fourth, Maryland couldn’t get its bats going to stave off a blowout. The Terps gave up a three-run home run, followed by eight more runs to the Longhorns in the bottom of the fourth, making it 17-0.

The fifth inning ended in a mercy, and Texas took home the win.

It was a tough day for the Terps, but the team looks forward to a long weekend series in Texas. On Friday, Maryland will attempt to bounce back against Colorado State. And Saturday, it will face Lamar and Texas A&M-Corpus Christi in another doubleheader.