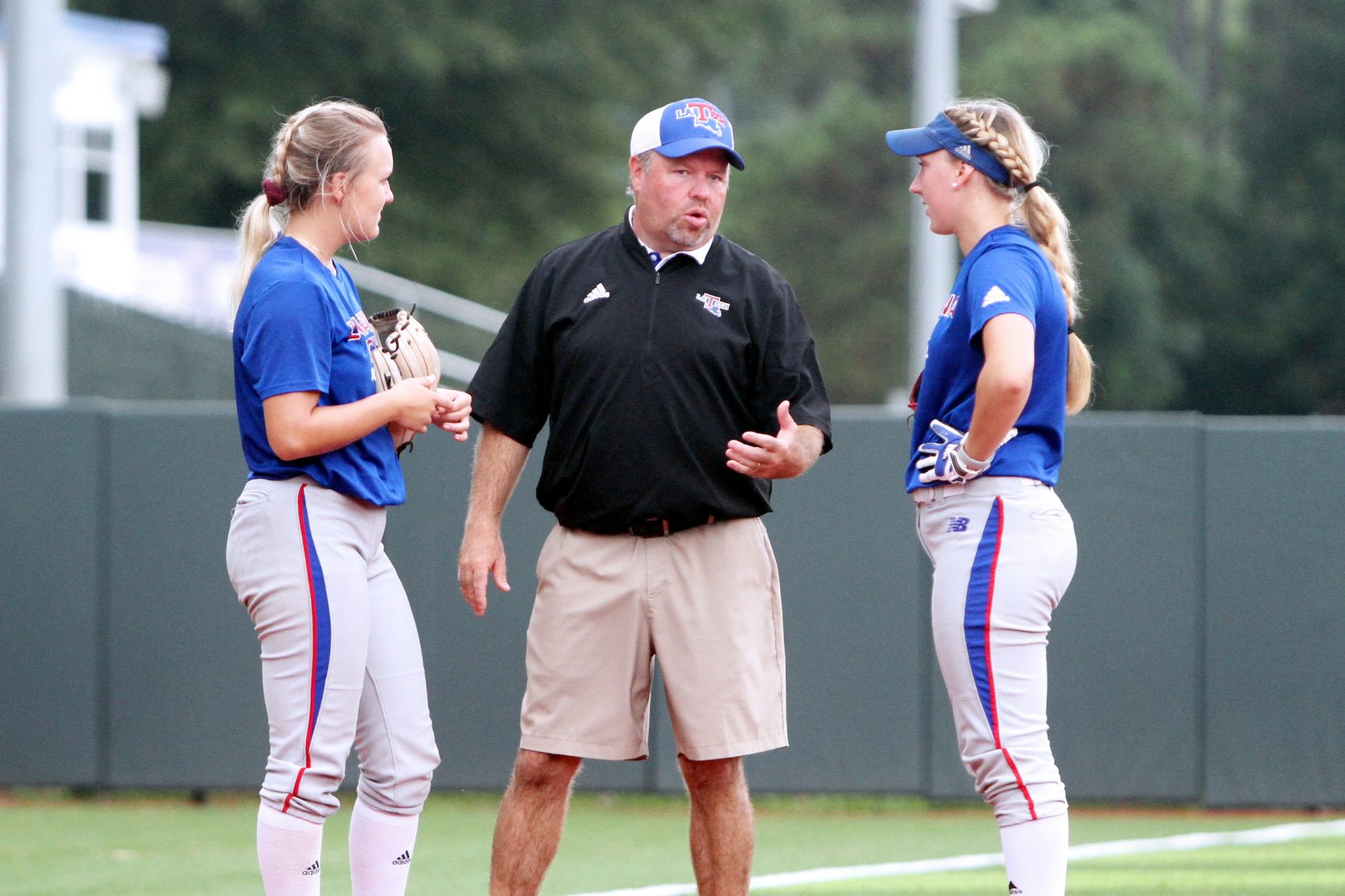 Mark Montgomery had meant to keep his promise, but he just couldn’t help himself. He had wanted to keep his lips sealed, sinking into the background, watching instead of lecturing. He had hoped to catch a glimpse of each player’s personality, tendencies and skills without any stops and starts.

Midway through his first practice with Maryland softball, though, his new players stood around him as he did what coaches tend to do — coach.

“We look at him, we’re like, ‘I thought you weren’t gonna coach,’” infielder Anna Kufta said with a laugh at Spring Sports Media Day.

“That was the biggest lie I probably ever said,” Montgomery said.

But the move showed the Terps something about Montgomery, who took over in College Park this offseason after coach Julie Wright resigned in August following her fourth season at the helm. They realized their new coach isn’t looking for perfection. In fact, it’s quite the contrary. Montgomery wants balance from his players, somewhere in between playing too fast and too slow, too reckless and too meek.

And as the former Louisiana Tech coach pointed things out here and there during his first practice, it was with that in mind. Montgomery knows mistakes will happen, but what matters more to him is seeing effort. And if he does see it, he feels the rest will follow — the hits, the runs, the wins.

“If I’m teaching the game the right way,” Montgomery said, “then our effort will allow the process to be successful.”

Last season, when Maryland languished to a 20-31 record and missed the Big Ten tournament, sporadic performances and injuries hindered results. The Terps’ .288 batting average ranked fourth best in the conference, yet they scored the second fewest runs (216) of the 14 teams, a let-off felt most heavily after infielder Taylor Okada suffered a season-ending knee injury halfway through the campaign.

And with a pitching staff that finished last in the Big Ten — posting a 5.84 ERA while surrendering 271 earned runs and managing a .55 strikeout-to-walk ratio — they won just four conference games.

At times, Montgomery thought, it was a matter of trying to be too refined at the circle or the plate, adding undue pressure to situations.

“They had to learn that it’s okay to make mistakes, it’s just how we make him. And so we go full out, we don’t play scared, we don’t play safe,” Montgomery said. “And they’re like, ‘Oh, wow, I’m really not getting yelled at for making a mistake.’ I think it allowed them to understand that, ‘Okay, he’s real, right? We need to play this way.’”

Montgomery said Okada isn’t fully back to form in the field yet, but her hitting “looks just as good” as it was before — in 26 games, she hit .426 and added nine extra-base hits. She’ll accompany outfielder JoJo McRae and Kufta as key pieces in a largely unchanged Maryland batting order.

Over the offseason, Kufta noticed how the new coaching staff focused on each hitter individually, taking note of their strengths while working on their weaknesses. Montgomery didn’t try to overhaul a player’s swing; instead, with tweaks here and there, he aimed to improve their approach against certain pitches.

There’s no cookie-cutter shape to a softball swing. Montgomery recognizes that.

“Individual coaching, and then letting us be who we are,” Kufta said. “Mostly instilling confidence in everyone and then treating us as individuals.”

In the circle, though, the Terps had plenty of turnover, losing pitchers Sydney Golden, Sami Main and Victoria Galvan. That pushes freshmen hurlers Courtney Wyche and Trinity Schlotterbeck to the forefront as probable starters.

Montgomery has already seen defined roles for other arms materialize, too, slotting in Amelia Jarecke as a middle reliever and Kiana Carr as a closer — the latter with a responsibility Montgomery feels the senior relishes.

“What you’ll see is, I think, a totally different Maryland pitching staff than probably you’ve seen in the past,” Montgomery said.

And if Montgomery has his way, the team’s results may look different, too. Under Wright, Maryland went 61-147-1. The Terps finished in last place in the conference twice during her four-year run.

Montgomery’s past success is no indication of his ability to replicate it in the Big Ten, but he did lead Louisiana Tech to five consecutive 30-or-more win seasons before departing for College Park. As he attempts to revitalize a Maryland program that hasn’t posted an above-.500 season since it competed in the ACC, there will likely be missteps along the way.

But as long as there’s energy while making those mistakes, Montgomery will be appeased — evidenced in his first practice and ever since.

“At the end of the day, this team has been amazing,” Montgomery said. “They do absolutely anything and everything we could ever ask from them. And that, as a coach, is probably the No. 1 thing you want to see.”