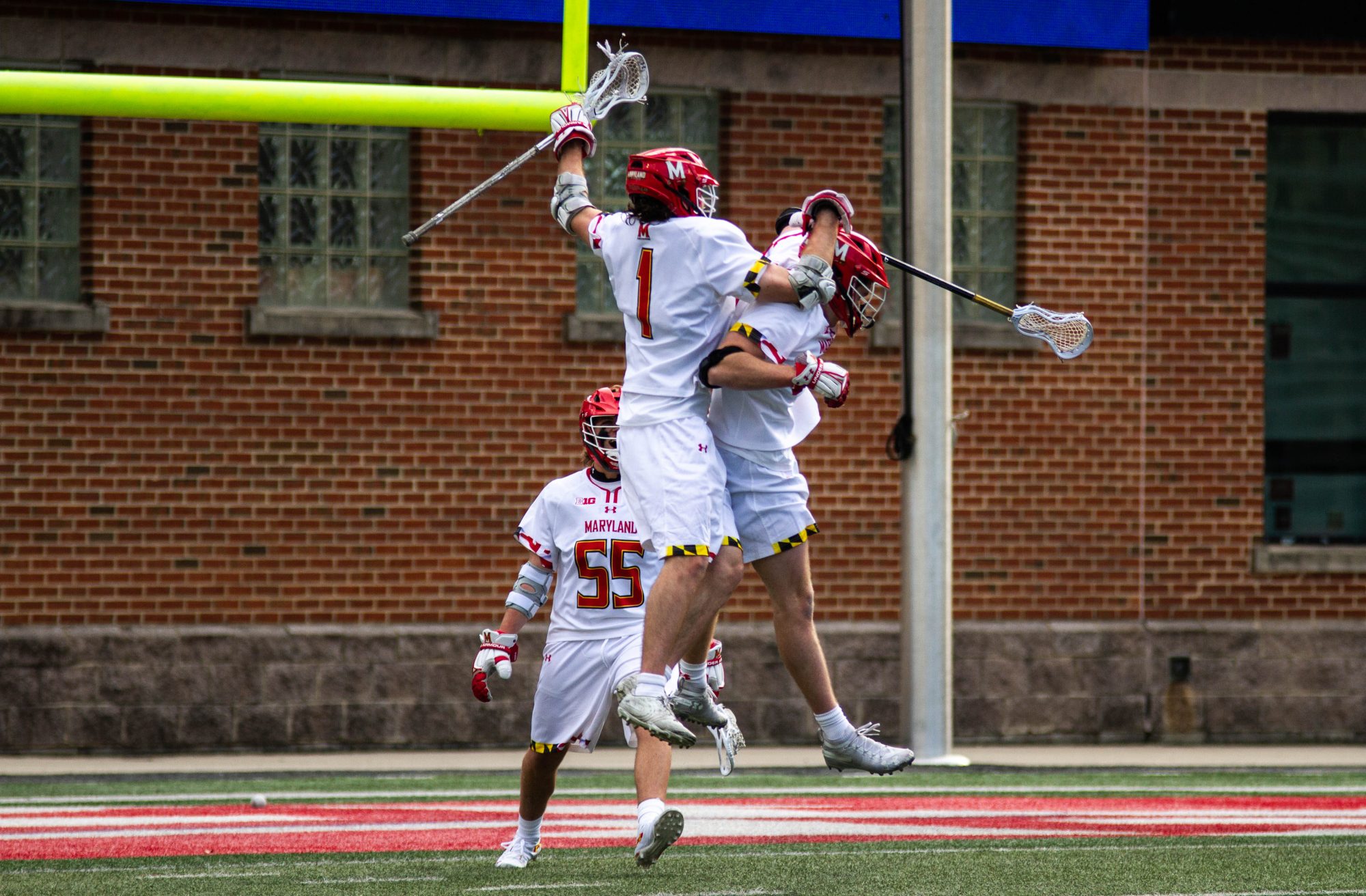 A second passed, then another, and as Puglise drove toward High Point’s net, he caught a glimpse of an opening in the bottom-left corner. So he fired low. And when the ball flew past goalkeeper Parker Green, he leapt high — putting his team on the board for the first time this season.

Given Maryland and High Point’s attacking proclivity — both sides ranked among the top-20 highest-scoring offenses last campaign — goals were likely to come early and often.

The Terps were the more clinical of the two, though. Behind attackman Logan Wisnauskas’ six goals, Maryland routed the Panthers, 23-12, to open its season Saturday.

“We had a lot of great structure at the beginning of the possessions,” midfielder Bubba Fairman said. “That really helped us get into that rhythm, that flow. If we’re organized, if we’re communicating, that’s why we’re having a lot of success.”

[Read more: Maryland men’s lacrosse relishes its “next play mentality” as it preps for a new campaign]

Puglise’s goal set the stage for a free-flowing attacking display, and it was under these conditions the inklings of a budding partnership began to form.

Fairman twice circled around the net early in the first quarter. Both times, he found midfielder Jack Brennan, who opened his Maryland scoring account with a pair of rifled efforts less than three minutes apart.

“He looked confident today,” coach John Tillman said of Brennan. “It was early in the game and he was not afraid to step in there.”

High Point was on the ascendancy as the game progressed, however. And after whipping two shots beyond netminder Chris Brandau late in the opening frame, the game was poised to open up in the second.

For the Terps, the first fifteen minutes were defined by Brennan and Fairman’s growing connection. The second quarter, in contrast, centered on one man: Wisnauskas.

The junior drifted into the game slowly, not recording a point until the nine-minute mark of the second period. Once he broke the seal, though, it all came quite quickly.

Wisnauskas floated down the right side, carving out an opening for himself. Midfielder Joshua Coffman found him with a lofted pass, and Wisnauskas did the rest, rifling the ball into the roof of the net.

“In years past, we stayed on the perimeter and let guys show and get off whereas this year, we’re free-flowing,” Wisnauskas said. “It’s been easy to be able to cut whenever you want — fill and replace. It’s been nice to have that freedom.”

Two minutes later, Fairman fed Wisnauskas, who sliced into the attacking area and pumped an effort beyond Green’s grasp.

The Sykesville native secured his hat-trick shortly thereafter, pushing the Terps to a 9-7 lead at halftime after a frenzied offensive display.

While the Panthers kept pace with Tillman’s squad in the first half, they began to trail off as the game shifted into the second half. Meanwhile, Maryland’s quality began to shine through.

“Second half, we got snakebitten,” High Point coach Jon Torrey said. “We didn’t have the ball. Struggled at the faceoff X, struggled on first-chance opportunities to clear the ball … it ended up biting us a little bit.”

Attackmen Daniel Maltz and Nicholas DeMaio opened their tallies for Maryland lacrosse, as did midfielder Chase Cope, and while the Terps’ backline wasn’t impenetrable — conceding five goals in the final 30 minutes — it proved far more resolute than it appeared during the second quarter.

“There’s a lot of new parts that made huge contributions for us,” Tillman said.

While it wasn’t a perfect display, the Terps showed just how prolific their attack can be. It’s only Feb. 1, and it’s only one win. But with 23 goals and 12 different scorers, Maryland got off on the right foot.

“The fun part is trying to figure out how good we can be,” Tillman said. “The game is so free-flowing, it’s the best way to be.”