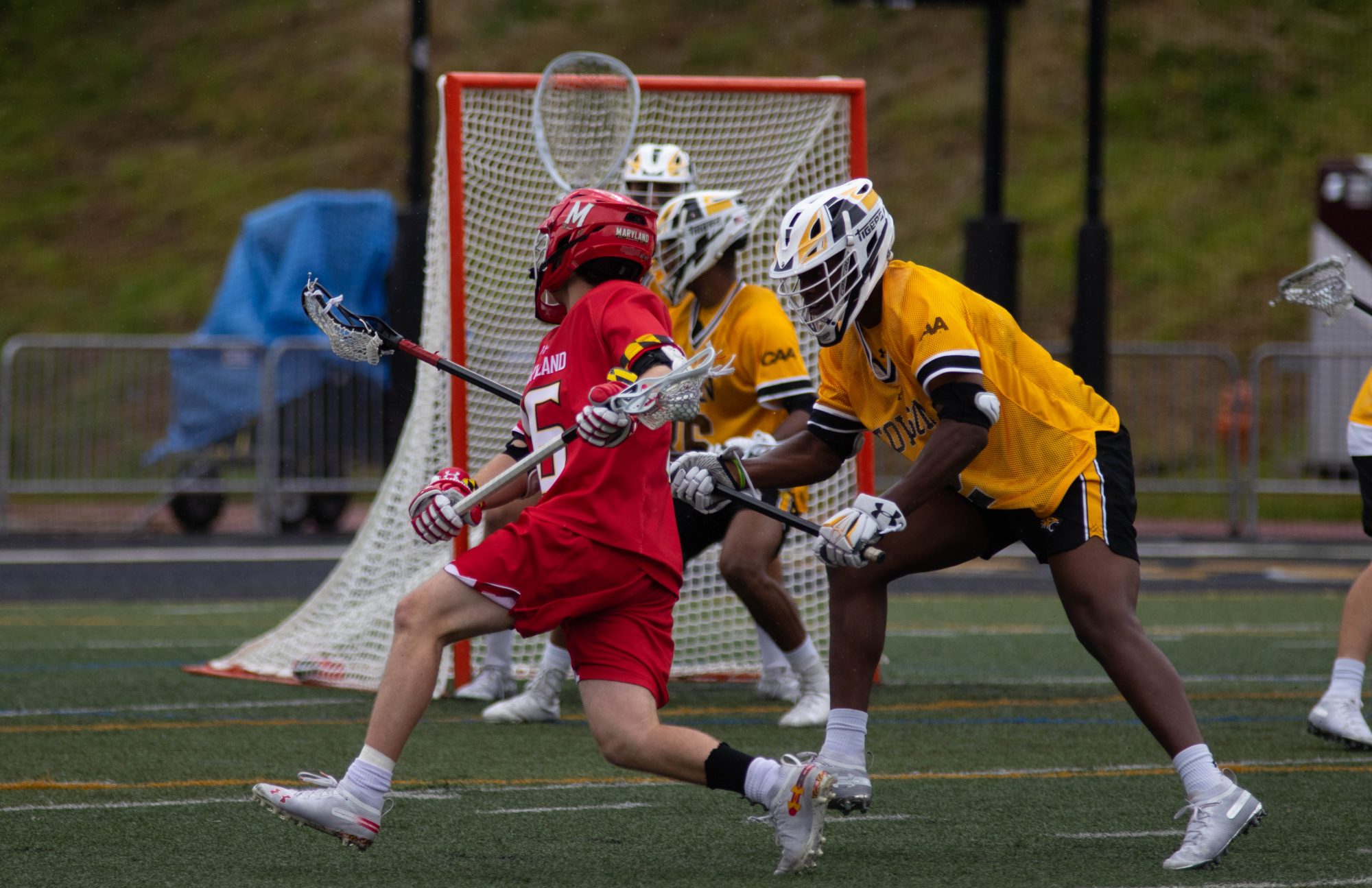 On May 18, Maryland men’s lacrosse defender Matt Rahill crouched just outside the crease, his eyes drawn to the net. Seconds earlier, the then-sophomore saw the ball zip over his head into the stick of Virginia attackman Matt Moore, and eventually into the back of the net, ending the Terps’ final four streak at five.

Rahill had a front-row seat for Maryland’s fourth-quarter capitulation, seeing a five-goal lead evaporate in the space of about nine minutes. The Terps’ game management issues had been burbling for weeks. Coach John Tillman’s squad gave up late leads in two of its previous three games, making it evident that a squad rethink was in order.

All four project to see significant minutes next season, slotting into a lineup that already brings back its four leading point scorers from last campaign, bolstering the side’s confidence as its season nears.

But if Tillman’s squad wants to return to the center stage of collegiate lacrosse, to hoist the national championship trophy as it did in 2017, its resiliency will be tested.

That resiliency wavered at times last season. The Terps don’t intend on repeating that mistake.

“There were times [last year] when things didn’t go well, and we didn’t bounce back,” Tillman said. “That’s something that we talked a lot about, something we focused a lot on — the ability to have the next play mentality.”

The Virginia defeat lingered in the minds of players in the weeks and months after, serving as a reminder of just how slim the margins are.

“Going into the offseason and [last] fall, we’re always reminded things can change just like that. It’s inches in the game of lacrosse,” attackman Anthony DeMaio said. “That’s going through the back of our heads. Even conditioning — touching that line, going that extra mile. Maybe instead of doing 20 reps, do 21. Just knowing that it might come back all around.”

It’s a motivation that spreads across the locker room, even planting itself into the minds of newcomers — many of whom have impressed through their first few months in College Park.

Brandau earned national acclaim for his performances as a freshman at Georgetown, combining for 29 saves in the Hoyas’ final two postseason games last campaign. Since arriving at Maryland Stadium, the Timonium native has put himself in contention for a starting place in net.

“It’s made our jobs as coaches harder,” Tillman said. “We feel like we have four guys we can throw out there.”

And after struggling in faceoffs last season — the Terps lost seven of their eight faceoffs in the fourth quarter of the Virginia game. They brought in Trucksess to bolster the competition. At Lehigh, the junior won 63 percent of his duels, about 10 percentage points higher than Maryland’s average for 2019.

While Trucksess faces stiff competition in the position — junior Justin Shockey has impressed in preseason training, Tillman said — the newcomers have made a positive start to life in College Park.

“I don’t think anybody could have asked for much better,” Tillman said of the transfers’ impact so far. “The guys have just done a tremendous job … trying to fit in and not be what we like to call a cowboy, where you’re coming in trying to garner a lot of attention and make it about you.”

But for attackman Jared Bernhardt and midfielder Bubba Fairman, the challenge to replicate their former teammates’ impact off the field has been a welcome one.

Bernhardt, who is fresh off a historic junior campaign in which he netted 51 times — the second-most goals in program history — has stepped up as a vocal leader, constantly reiterating the importance of showing resilience.

“[It] starts with No. 1, Jared Bernhardt,” DeMaio said. “He’s a great player, but what he shows off the field is something that our team really looks forward to. … He shows all the younger guys and even our juniors the way.”

Midfielder Bubba Fairman — who recorded his second straight season with 25 or more goals — has also made the transition from fresh-faced underclassman phenom to team captain.

Heading into the new campaign, the Terps are in a situation foreign to them over the years. Brimming with talent across the roster, they look as capable as ever to make a run for another title, especially after seamlessly meshing transfers into the team culture.

However, after showing frailties in the back half of 2019, there are serious question marks surrounding Maryland’s ability to hold a late lead — fears that are compounded by a daunting schedule that features nine matchups with teams ranked inside the Nike/US Lacrosse preseason top 20.

“When we make a mistake — which we’re going to, we’re going to throw the ball away, going to have breakdowns defensively — we got to come together, we got to learn from it, we got to just let it go,” Tillman said. “We can’t let that mistake hurt us twice.”

The Terps failed to do so against the Cavaliers, having error after error punished in a nightmarish fourth quarter display to fall out of the NCAA tournament.

They plan on righting their wrongs this time around.

“[We’ve] just got to work that much harder,” DeMaio said. “There’s nothing else to be said about it.”