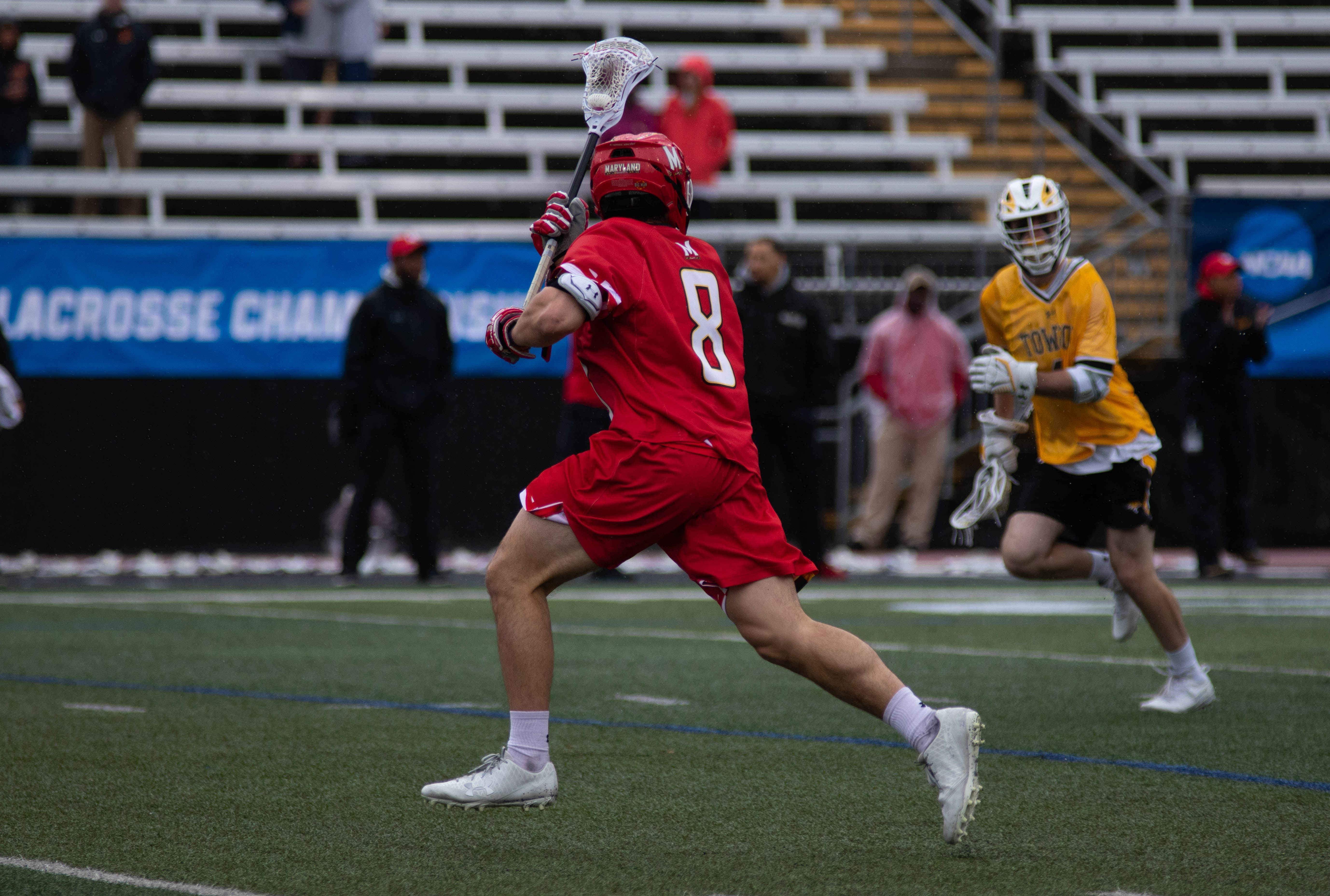 Midfielder Roman Puglise run back in defense during Maryland men's lacrosse's 14-13 overtime win against Towson on May 12, 2019. (Julia Nikhinson)

DeMaio scored 28 goals and tallied 18 assists last season — his first as a full-time starter. Inside Lacrosse and USILA both named the San Diego native as an honorable mention on their All-American teams after he scored six goals in the NCAA tournament — tied for the most on the team.

Puglise, a junior, ranked second on the team in ground balls (47) while recording seven goals. On April 27, 2019, Puglise netted against Johns Hopkins, Maryland’s first man-down goal in over six years. Despite not making a start last campaign, Puglise also earned an honorable mention on the Inside Lacrosse All-American roster.

After playing in four games as a freshman, Rahill appeared in all 17 games last year, moving into the long-stick midfielder role. The Chalfont, Pennsylvania, native notched 22 ground balls and caused six turnovers — tied for the third-highest total on the Terps. With long-stick midfielder Nick Brozowki and defender Curtis Corley graduating, Rahill looks set to take on a more prominent role in both the midfield and the backline this season.

Monday’s announcement is the latest in a string of preseason honors for coach John Tillman’s squad. Attacker Jared Bernhardt, midfielder Bubba Fairman, and defender Brett Makar were named to Inside Lacrosse’s All-Big Ten team on Jan. 16.

Bernhardt racked up 51 goals in his junior season, the second-most goals in program history, and finished the season with 79 points — good for sixth all-time.

[Read more: After coming up short last year, Maryland men’s lacrosse is building itself back up]

Meanwhile, the Terps were tabbed as the No. 2 team in the Big Ten’s coaches poll behind Penn State, the No. 1 team in the country.

Tillman’s squad opens its campaign on Feb. 1 with a home matchup against High Point.