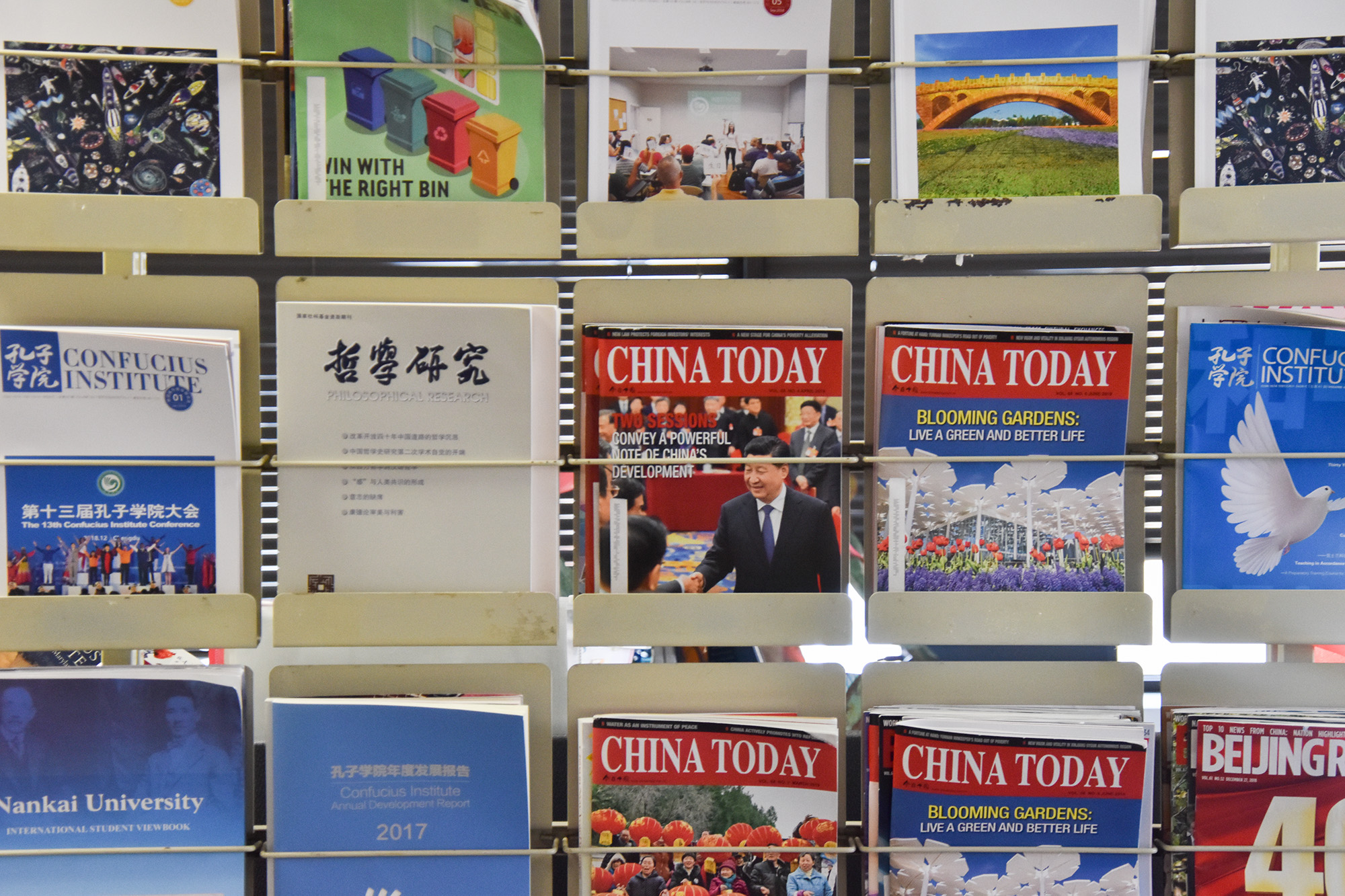 Magazines sit on their shelves in the main office of the Confucius Institute at the University of Maryland in Susquehanna Hall on Oct. 9, 2019. (Joe Ryan/The Diamondback)

The University of Maryland announced last week it is ending a program it hosted in partnership with the Chinese government, after Congress passed legislation that could endanger its funding.

In a letter to the campus community, university President Wallace Loh wrote the university’s relationship with the Confucius Institute at Maryland — an organization that promotes Chinese language and culture — put it in conflict with language in the 2018 National Defense Authorization Act. The law banned Defense Department foreign language funding for institutions that host a Confucius Institute. A university spokesperson confirmed the school has received such funding.

“After evaluating the impact of this legislation on UMD, it became evident that we can no longer host [the institute],” Loh wrote.

This university’s Confucius Institute was established in 2004, the first of its kind in the United States. It offers Chinese language classes for the general public, and also supplies area K-12 students with teachers of Chinese language and culture.

[Read more: Here’s what UMD’s Confucius Institute is — and why it’s part of a federal investigation]

In his email, Loh praised the opportunities the institute afforded “thousands” of young students through promoting “the language and culture of what is today the world’s second-largest economy.” And he vowed that the university would not back down from its engagements with Chinese academic institutions.

But Confucius Institutes around the country have come under increasing scrutiny by academics and politicians in recent years. In September, the federal Department of Education requested institute records as part of a larger investigation into the school’s compliance with federal rules for reporting foreign gifts and contracts.

“We are very open,” Jasmine Liu, the Chinese teacher for the institute, told The Diamondback in October. “We have nothing to hide.”

And in 2014, the American Association of University Professors, a faculty membership organization, accused the institutes of being an instrument of “soft power” for the Chinese government, hosting agreements featured “unacceptable concessions to the political aims and practices of the government of China.”

Sen. Ted Cruz, a Republican from Texas who sponsored the amendment that cut off the institute’s funding, said in an interview with NPR that universities that host Confucius institutes put themselves at risk for “espionage” and “theft of intellectual property.”

[Read more: UMD is scraping together years of records on foreign ties for a federal probe]

The university declined to make the institute’s director, Donna Wiseman, available for an interview.

Loh wrote the university would ensure all ongoing classes taught by Confucius Institute instructors would receive support through the academic year. He said the university would work to “potentially transition [the institute] and its activities” for K-12 schools to minimize disruption.