No. 17 Maryland men’s basketball vs. Northwestern: How to watch and what to watch for 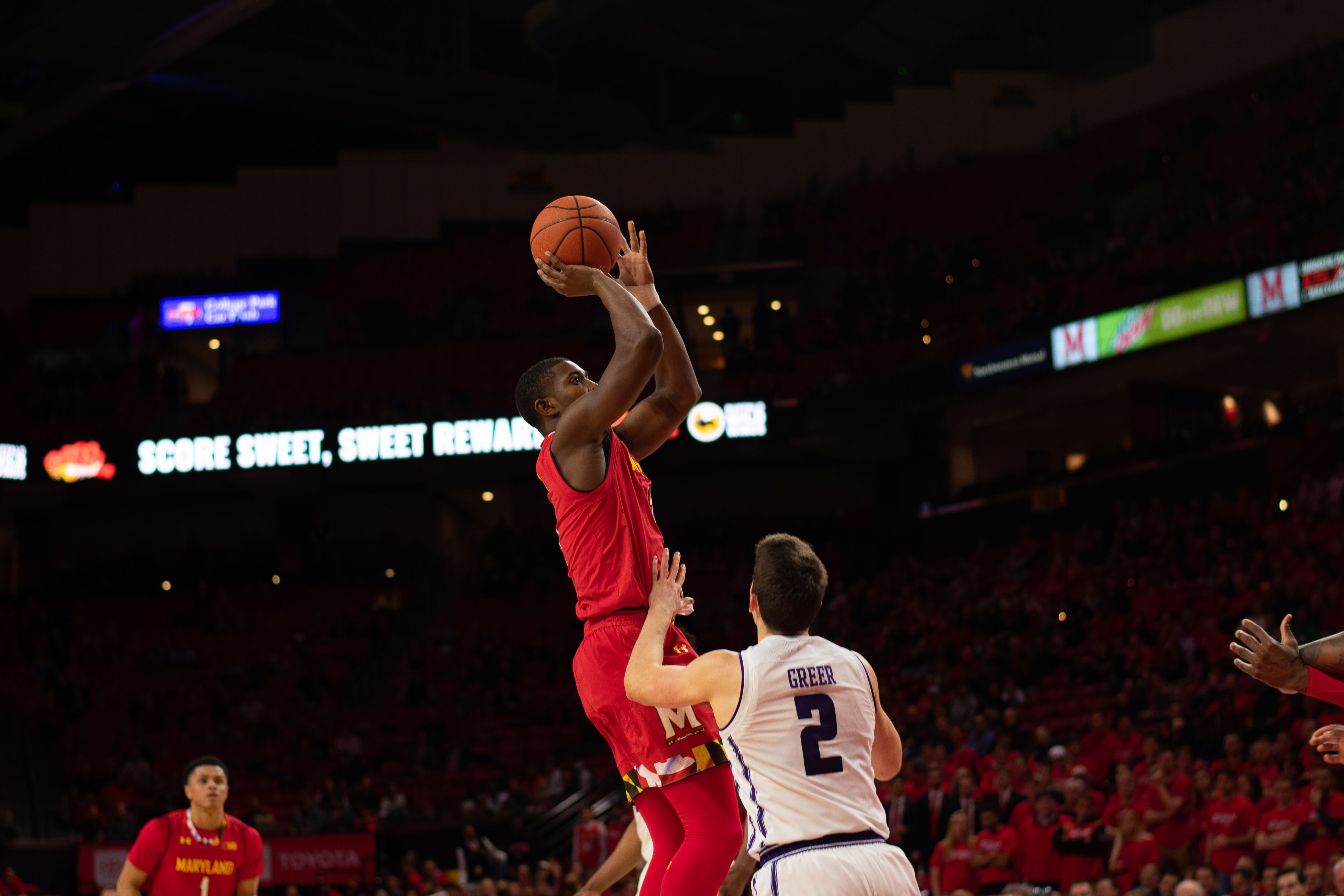 Guard Darryl Morsell leaps for a jumper during No. 21 Maryland’s 70-52 win over Northwestern at Xfinity Center on Jan. 29, 2019. (Tyler Ecker/For The Diamondback)

What to watch for Maryland: Can the Terps finally win a true road game?

The No. 17 Maryland Terrapins have yet to win a true road game this season. The Terps loss at Wisconsin last week dropped their road record to 0-4, and 0-3 in Big Ten play. Northwestern has the worst record in the Big Ten so this will likely be the most winnable road game on the schedule for Maryland. If this is a Maryland team that wants to prove that they’re a legitimate threat come March, the Terps have to take care of business against the worst team in their conference Tuesday night.

What to watch for Northwestern: The play of Pat Spencer

The senior guard and Maryland native isn’t a household name in college basketball but his play has steadily improved as the season has gone on. Despite having not played collegiate basketball prior to this season (he spent four years at Loyola MD where he was a four-time All-American in Lacrosse), Spencer leads the team in assists and steals per game and has had at least 14 points in four of his last five games. If Spencer plays well on Tuesday, Northwestern will have a chance to pull off the upset.