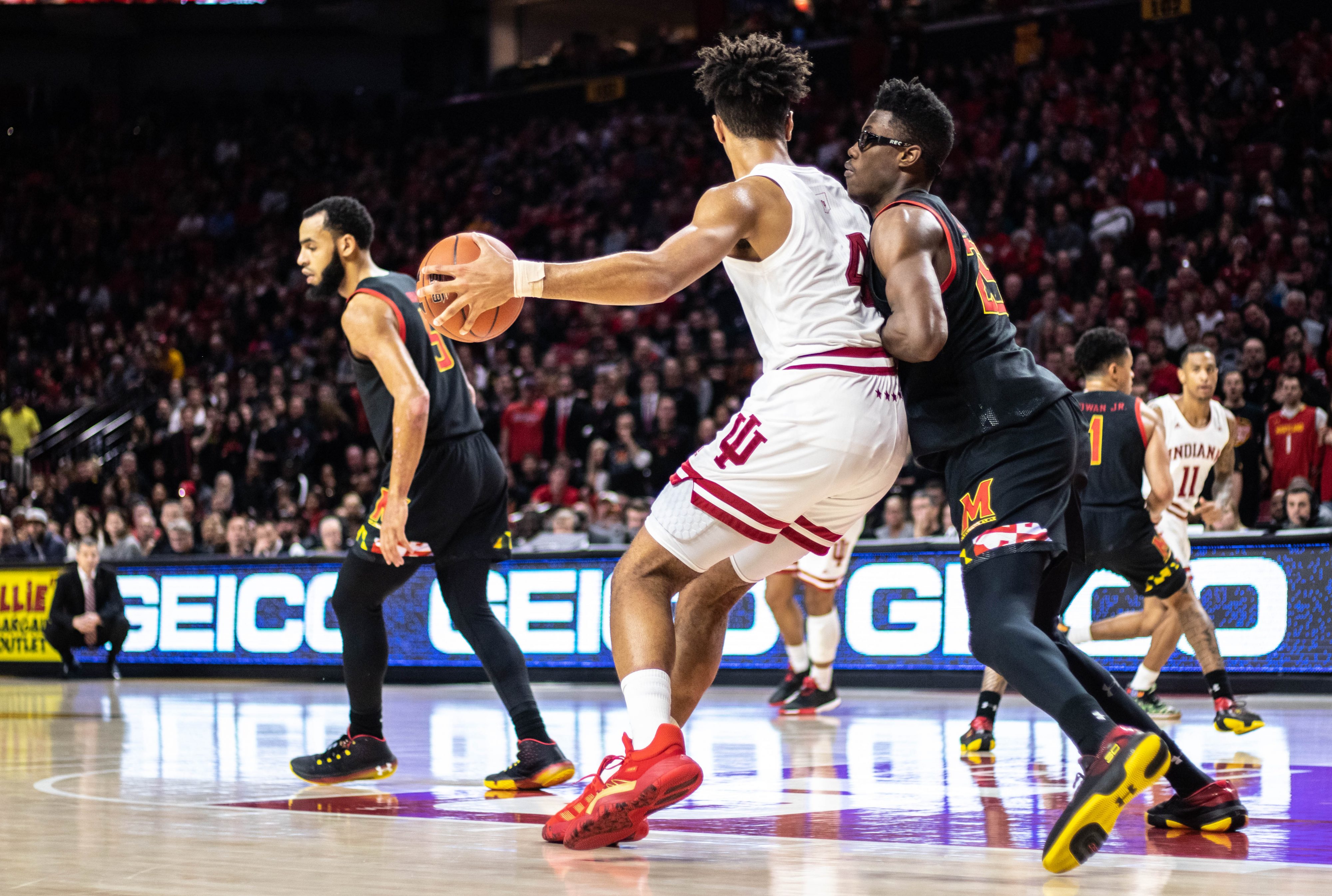 As coach Mark Turgeon looked over Purdue’s stats ahead of Maryland men’s basketball’s meeting Saturday, he recognized what he saw.

“They’re us,” he told his assistant coaches, “they’re totally us.”

Purdue has the highest forced turnover rate in the Big Ten, according to advanced analytics site T-Rank. Maryland slots in at No. 4 in the conference, tied with Ohio State. And while Turgeon pointed out that Matt Painter’s squad has a better low-post game on offense, the teams rank No. 10 and No. 11 in adjusted offensive efficiency.

It has the makings of a close contest between two teams who look alike in most ways but one. And it’s that low-post offense — and how well Maryland can combat its opponent’s while generating its own — that could prove to be the difference.

In early December, Turgeon acknowledged his team was still feeling out how to score at the low-post without 6-foot-10 Bruno Fernando to play through. Jalen Smith — another 6-foot-10 forward — is more naturally suited to playing the four. And with the announced departures of Makhi and Makhel Mitchell in late December, more onus is on Smith to carry the load in the frontcourt.

He’s shown improvement in that area, however, most recently in the Terps’ 56-54 loss to Wisconsin on Tuesday. Smith sank twice from long distance but threw down two dunks and laid in another two tries as part of his 18 points.

And when Purdue arrives at Xfinity Center, he’ll face a test in 7-foot-3 center Matt Haarms and 6-foot-9 forward Trevion Williams, a pairing that’s combining for 21.8 points per game.

“Both of them can step out and shoot it a little bit, so I gotta be prepared for that,” Smith said, “and make sure that I just try to limit them to not as many touches in the post.”

Smith has seen Purdue’s big men before, and Turgeon anticipates that could help when defending down low against Haarms or Williams. He’ll have seen the back-cuts and post-up moves before from a team he figured has 70-some offensive plays.

It’ll be different for center Chol Marial, the 7-foot-2 freshman who’s working into Turgeon’s rotation more heavily. They’ve watched the film and talked about the challenge of Purdue’s frontcourt options, but it remains to be seen if that can translate to the court.

On paper, the two teams play in similar ways — they’re within .6 percentage points of each other in efficient field goal percentage, they’re both shooting 33.3 percent or lower from three-point range and impressive defenses have carried them thus far.

So when Maryland and Purdue meet Saturday at Xfinity Center, it’ll likely come down to the subtle differences between the sides — chiefly in the way their offenses operate, and how the Terps continue to adapt after two straight losses.

“We’ve been making changes since Christmas, and a basketball eye would see that,” Turgeon said. “Hopefully it’s going to make us a better team down the road. It’s January 17th or 18th; we’re just plugging away trying to get better.”