No. 12 Maryland men’s basketball vs. Iowa: How to watch and what to watch for 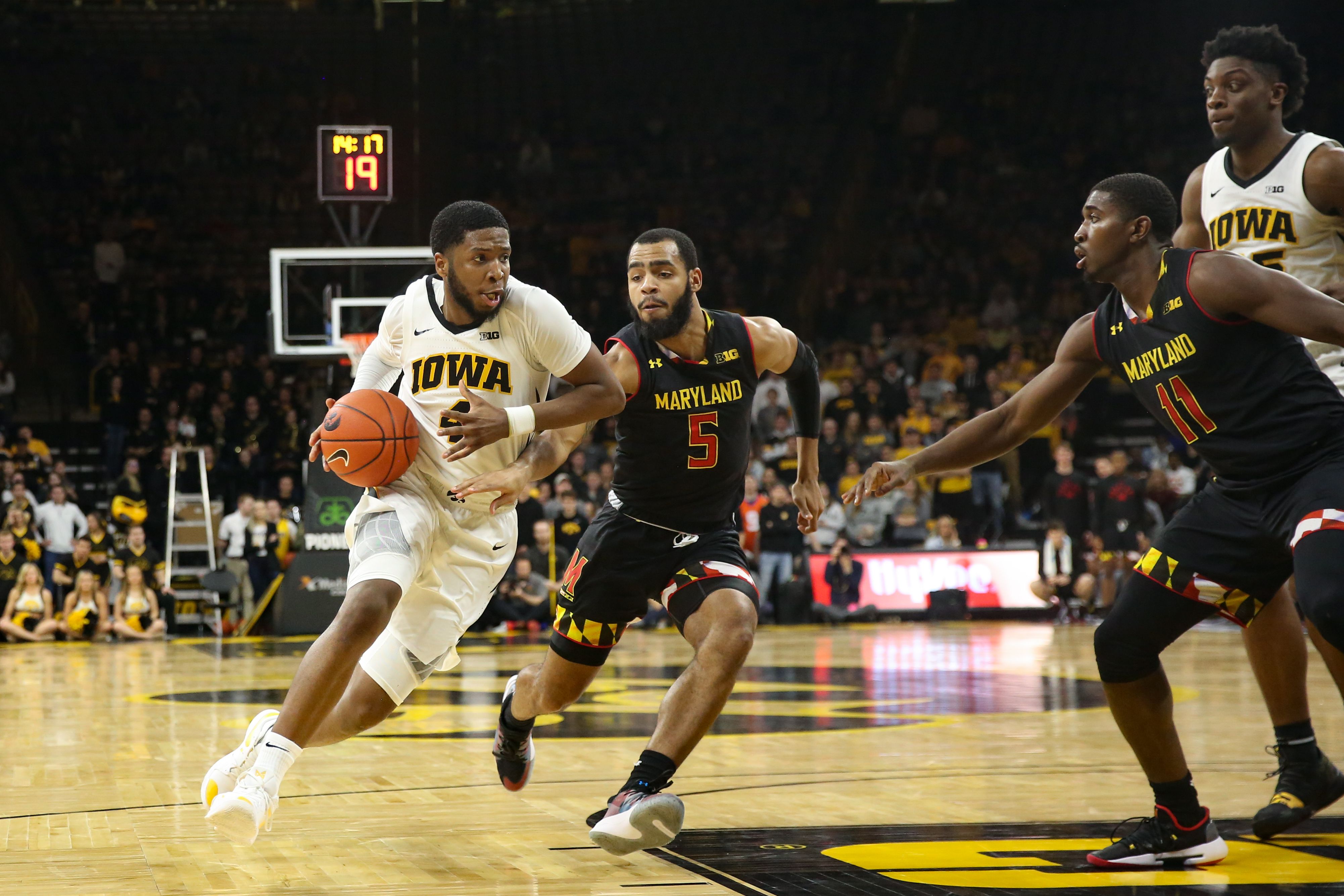 Guard Eric Ayala defends Iowa guard Isaiah Moss' drive to the lane during No. 24 Maryland's 66-65 win over the No. 21 Hawkeyes at Carver-Hawkeye Arena on Feb. 19, 2019. (Courtesy of David Harmantas/The Daily Iowan)

What to watch for Maryland: Can the Terps nab their first true-road victory?
So far this season, Maryland is 10-0 at home and 3-0 on neutral site courts but 0-2 on the road, with those losses coming at the hands of Penn State and Seton Hall. In those two games combined, Maryland shot just 30.2% from the field and 29.5% from behind the arc while turning the ball over 37 times. If Maryland wants to win on the road against the Hawkeyes for the second consecutive season, they will have to be much better offensively.

What to watch for Iowa: Can the Hawkeyes have players other than Luka Garza step up?

Iowa’s center, Luka Garza, has been one of the best players in the entire country this season, averaging 22 points and just under 11 rebounds per game. Garza has been a force in the Hawkeyes’ four Big Ten games, scoring just under 29 points and grabbing 12 rebounds per contest. However, the Hawkeyes will need other players to step up. In its most recent loss to Nebraska, Iowa shot 4-33 from three, and its offense faltered as the Cornhuskers held Garza to just 16 points. Joe Wieskamp will have to shoot consistently in order for the Hawkeyes offense to break down Maryland’s tough defense.