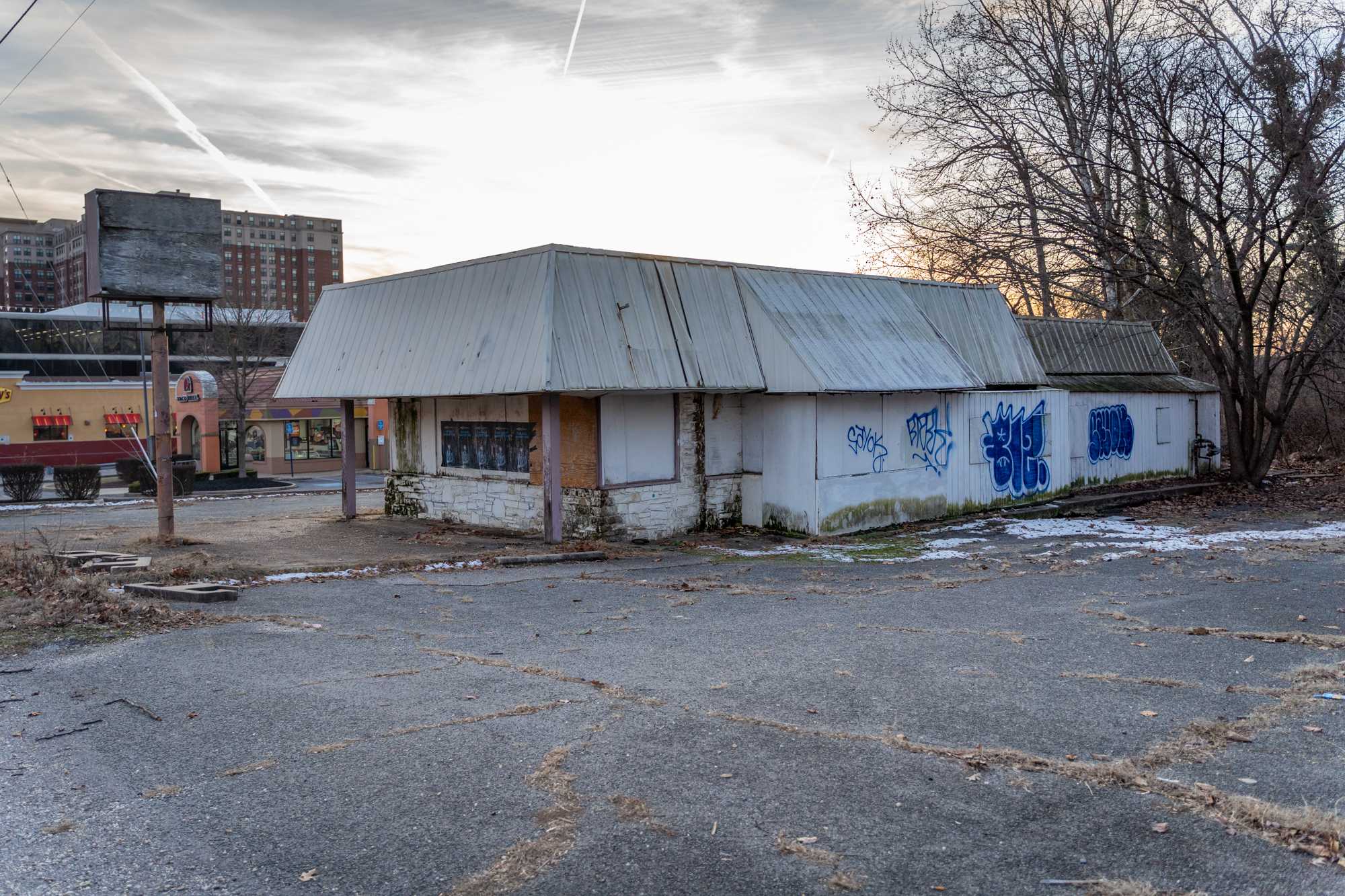 On Jan. 7, 2019, the College Park City Council discussed a proposal by the Gilbane Development Company to build a new housing complex next to the View. The building will be built on the two Baltimore Ave. lots where Burger King and an abandoned restaurant are currently located. (I'Shea Boyd/The Diamondback)

The College Park City Council discussed plans for a new student housing project during a work session on Tuesday night — an attempt to continue the city’s efforts to develop and provide housing close to the university, District 3 Councilman Robert Day said during the meeting.

The development referred to as the “Northgate student housing project” is set to be located at 8430 and 8510 Baltimore Avenue, lots currently occupied by an abandoned restaurant and Burger King, respectively. Plans for the project propose combining the lots and creating a space of 2.054 acres.

Once completed, the development would be about seven to eight stories high, with three interior courtyards. There would also be land dedicated to a small park space and a surrounding trail system would connect Paint Branch Trail to Route 1.

According to meeting materials, it would offer 296 units — many of them with multiple bedrooms —  along with retail space and a partially underground parking structure.

“This is really a jigsaw puzzle, trying to accommodate all these various requirements with the site,” Christian Cerria from Gilbane Development Company told the council.

Gilbane, the company leading the project, hopes to maintain long-term ownership of the property once the project is complete, but will hire a third party to manage it, Cerria said.

The council expressed support for the proposed plans for the development. Mayor Patrick Wojahn added that approval for both the subdivision and detailed site planning would be added to next week’s meeting’s consent agenda, which allows for items to be approved in one action and normally doesn’t require debate.

But additional discussion of the development was not as black and white in the eyes of the council.

In order to ensure adequate funds are invested into the project, Gilbane requested the city recommend to the county that the project be exempt from facing a school facilities surcharge.

Because the development would be primarily for student housing, it won’t impact the public school system, and therefore should be exempt from the fee, said Thomas Haller, who was present at the meeting and is a partner at law firm Gibbs and Haller, which provides real estate legal services.

“The city deserves the best project that’s possible,” Haller told the council, adding that with an exemption, the money that would have been dedicated to the fee would be implemented directly into the project and would help the development to move forward.

But some council members were torn.

“Our school system is hurting,” District 1 Councilwoman Kate Kennedy said during the meeting. “I understand it’s a one-time fee, but if there’s anything that we can do, I think that it would be helpful.”

Day said he was in support of the waiver, and that a slight change in the county’s budget wouldn’t “sway one thing or another.”

“This has been eight years for me, fighting to get something like this done,” Day said of the student housing project, adding that if an exemption from the fee is what Gilbane needs in order to provide its planned development for the city, then “it is something that needs to be done.”

The council asked representatives from Gilbane to provide them with more detailed information of what the cost to the development would be if they were to not be granted the exemption, and if  the company would consider a “middle ground” of partially paying the fee.

Cerria said more information will be provided to the council members before next week’s meeting.

But for the overall development, according to Cerria, he still sees it moving in a positive direction.

“I remember a time when College Park didn’t look like this,” Cerria said, adding that each year the community gets stronger, as does the University of Maryland. “We hope this project really continues that growth.”