The best of Maryland athletics in 2019 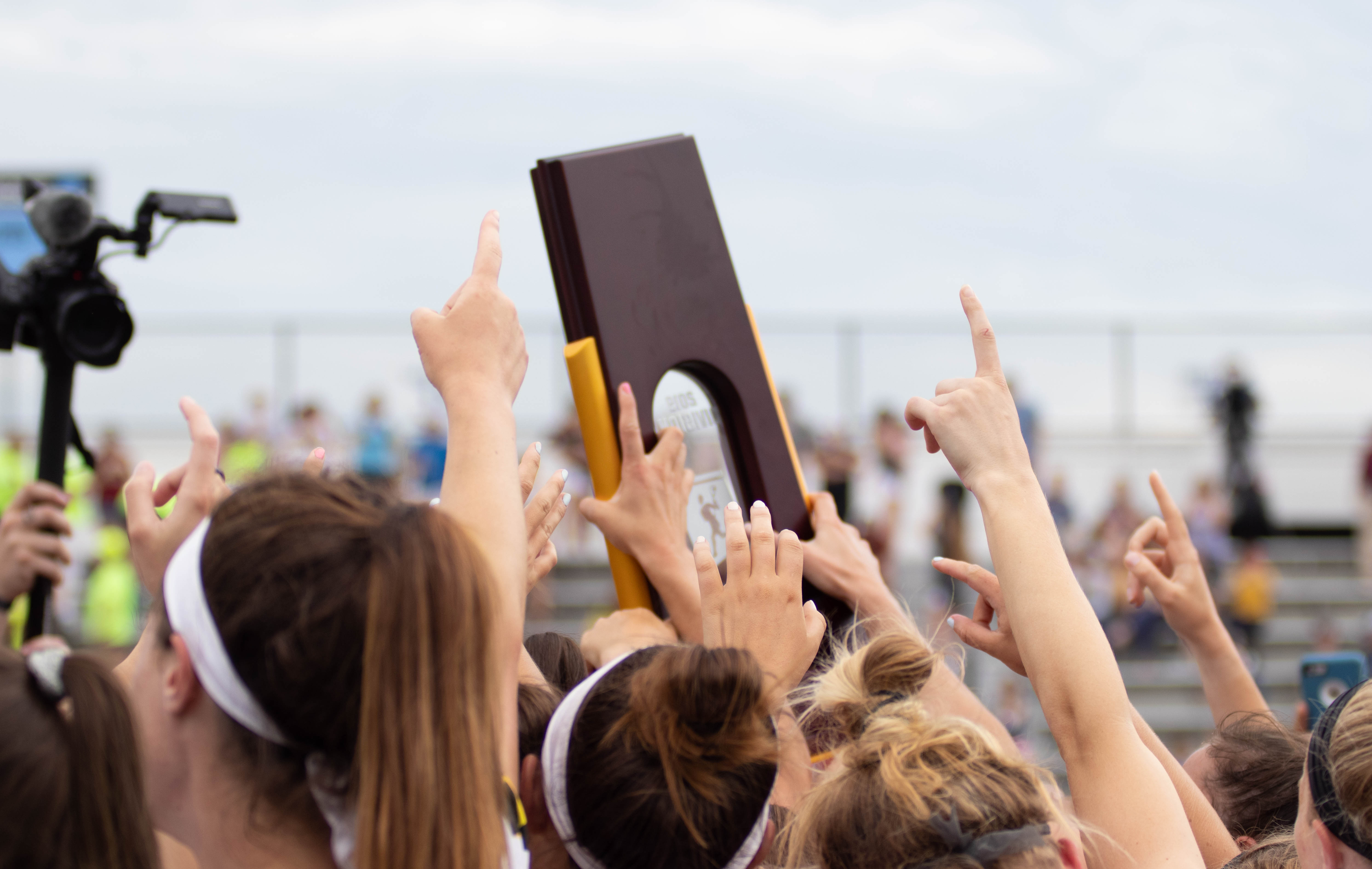 The countdown to 2020 is in full swing, and as 2019 comes to a close, us here at Terps Watch took a look back at this year in Maryland athletics.

As there was much to celebrate and remember, it was difficult to wrap up everything in one article, but here is our Best of 2019 list, with a few honorable mentions included.

Was there any doubt that the greatest college women’s lacrosse dynasty wouldn’t be the best team of 2019? The Terps won their 14th NCAA championship in May with a 12-10 win over Boston College. Maryland nearly went unbeaten, finishing the season with a 22-1 record and only losing to No. 5 Northwestern in the Big Ten Tournament final. The Terps also won their fifth straight Big Ten regular season title, reached their 11th consecutive Final Four and extended their home winning streak to 87. Maryland hasn’t lost a home game since 2012, and that streak might reach 100 by the end of 2020.

The sixth-seeded Terps came into their matchup against 11-seed Belmont as an easy upset pick. Maryland had come off a shocking loss to Nebraska in the Big Ten Tournament, so a loss at the hands of the nation’s second-leading scoring offense was destiny. It certainly looked that way for much of the game as future NBA first-round draft pick Dylan Windler lit up the scorebook with 35 points. However, the Terps stuck around and were competitive throughout. With Maryland leading by a point and 1:48 left on the clock, Bruno Fernando’s layup attempt was blocked by Nick Muszynski, and the ensuing scrum to get the ball created a 2-on-1 with Darryl Morsell, Jalen Smith and Windler. Smith threw down a massive dunk, and Maryland would go onto win its first tournament game since 2016, 79-77.

This was the Miracle Minute, reversed. The No. 8 Terps trailed unranked Minnesota 69-62 with 50 seconds left to play in the fourth quarter. It looked like the Golden Gophers would come out of Xfinity Center with a big road upset of the Terps. However, junior guard Kaila Charles wasn’t ready to let that happen. She helped ignite a 9-0 run, scoring six of those points, including a last-second, coast-to-coast layup after stealing Minnesota’s inbound pass. The Terps shocked just about everyone, leaving the floor with a 71-69 win.

This was one of the best games of the 2019 NCAA Tournament and was exciting from beginning to end. Capped off by Jalen Smith’s poster dunk, the Terps would win 79-77, but the game was still in doubt in the closing seconds. Belmont had two chances to win within the last 30 seconds of the game, but clever defense prevented the first attempt. Darryl Morsell intercepted a pass into the paint, was fouled and hit one of two free throws, missing the back end with seconds left on the clock. Dylan Windler got the rebound and put up a half-court prayer that looked on target, but fell just short as Maryland advanced to the second round.

Maryland was on the outside of the Big Ten Tournament picture, looking in. A series win or series sweep against Iowa would guarantee postseason baseball for the first time in two seasons. All was looking good in the series opener against the Hawkeyes. The Terps took a 6-2 lead into the ninth inning after jumping out to a 4-0 lead early, but closer John Murphy coughed up the lead, giving up four runs in the ninth as Iowa tied the game. However, Maryland had a chance to walk it off, and with one out and one runner on, senior shortstop AJ Lee stepped up to the plate. He delivered, launching a two-run, walk-off home run over the left field fence as the Terps won 8-6, eventually sweeping the Hawkeyes for a spot in the Big Ten Tournament.

It was tough for this list not to be consumed with lacrosse, but when you’re the lacrosse capital of the world, it’s tough to not include them. We start with the best men’s athlete, Jared Bernhardt, who put up historic numbers for Maryland men’s lacrosse in the spring. Bernhardt was a 2019 Tewaaraton Award finalist as one of the best players in college lacrosse, a First Team All-Big Ten selection and a First Team USILA All-American and Third Team Inside Lacrosse Media All-American selection. He finished the 2019 season with 78 points, sixth-most in program history, and 51 goals, second-most. Bernhardt was second on the team in points to Logan Wisnauskas’ 79, the fourth-most in program history and a sophomore program record.

We go from a Tewaaraton Award finalist to a Tewaaraton Award winner in Maryland senior goalie Megan Taylor, the first goalie to ever win the award. She was the backbone of the championship-winning women’s lacrosse team. While Taylor wasn’t at the top of the statistical leaderboards, she was a dominant force, finishing second nationally in save percentage (.551) and saves (217), fifth in goals-against average (8.44 per game) and 30th in saves per game (9.43). While it helped that Maryland had a stingy defense, Taylor was irreplaceable in goal and is one of the main reasons why the Terps held up the national championship trophy in May.

There are plenty of people to pick for this, but instead of going with surefire answers, we decided to highlight a few Terps from sports that don’t necessarily get the limelight. First up is Maxwell Costes, the 2019 Big Ten Freshman of the Year for baseball and someone who is creeping up draft boards for MLB teams in the coming years. Maxwell, the younger brother of former Maryland standout Marty Costes, had a dip in average toward the end of the season, but finished the year hitting .266/.397/.547 with 15 home runs, 49 RBIs, 15 doubles, 31 runs scored and 57 hits in 58 games. The 2019 All-Big Ten First Team selection also showed out at the Big Ten Tournament, hitting three home runs and driving in five in three games.

Heading over to women’s golf, we find our other honorable mention, Virunpat Olankitkunchai, the first person in program history to individually qualify for the NCAA Championships. Olankitkunchai was an All-Big Ten First Team and All-Big Ten Championships Team selection in the spring, setting a new school record with a 72.81 scoring average over all rounds of play. She finished the season with 12 rounds under par and was atop the leaderboard the first two days of the Big Ten Championships. She tied for 43rd at the NCAA Championships, but this season was just the beginning for the junior.

Just like the best team, this was an easy choice. Reese has been nothing short of dominant since becoming the head coach of Maryland women’s lacrosse in 2007. She not only set the record for most wins by a head coach in program history, but Reese won her fifth national championship in May. The recently-inducted University of Maryland Hall of Famer is now arguably the best coach in program history, in Maryland athletics history and collegiate women’s lacrosse history, and her career is far from over.