No. 5 Maryland basketball vs. Temple: How to watch and what to watch for 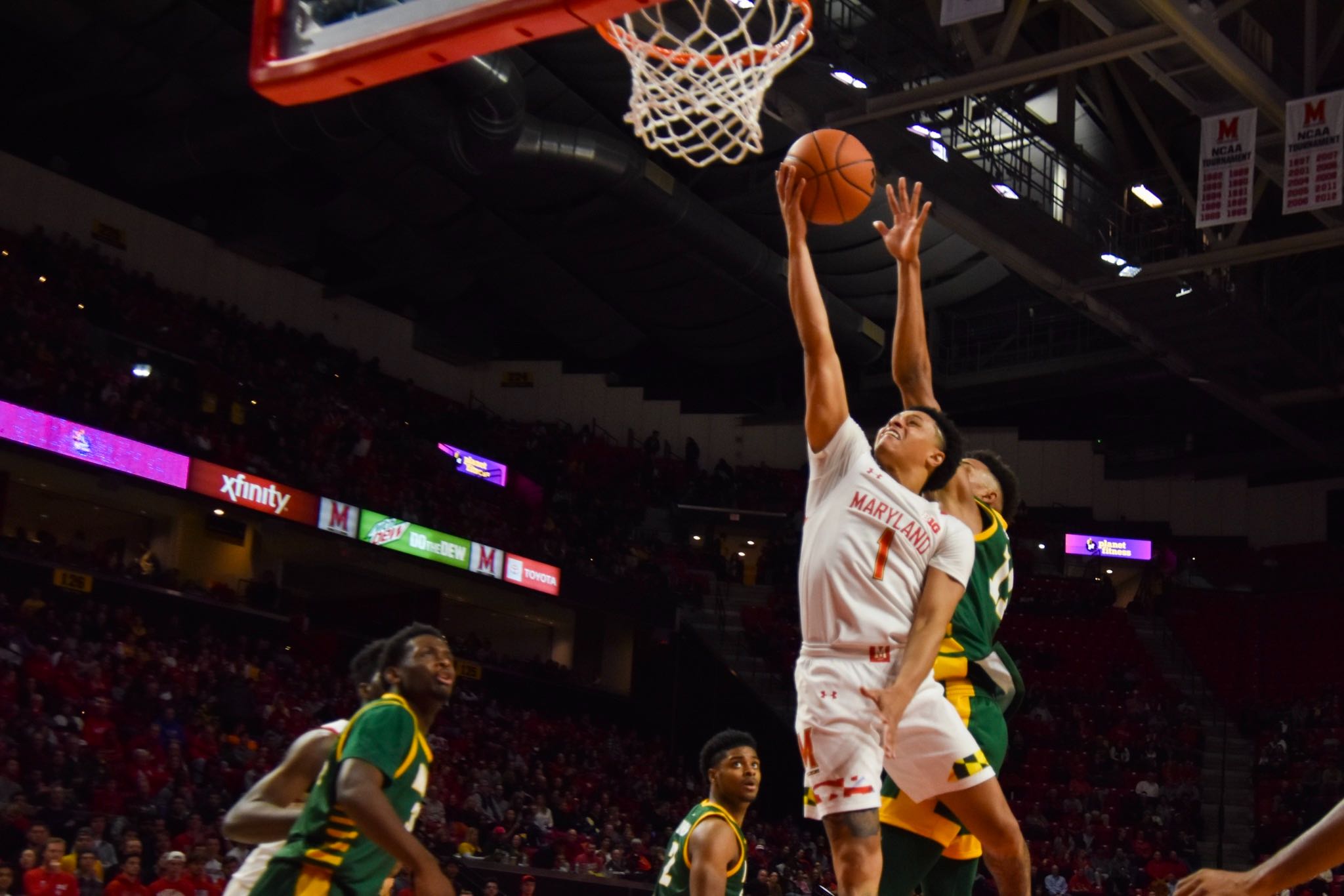 Guard Anthony Cowan goes up for a layup in Maryland basketball's 86-63 win over George Mason on Nov. 22, 2019 at Xfinity Center. (Joe Ryan/The Diamondback)

What to watch for Maryland: How will the Terps fare against a tougher opponent?

The Terps dominated in their first five games of the season, all of which were at home against teams who are longshots to make the NCAA Tournament. As the only ranked team in the Orlando Invitational, Maryland are expected to take care of business and beat Temple on Thursday. However, the Terps are a young team playing their first game away from home this season against an undefeated Owls team. Maryland is going to have to play their best basketball of the season if they want to beat an underrated Temple team.

What to watch for Temple: Nate Pierre-Louis

Temple has just two players who are averaging double digits in points, one of which is guard Quinton Rose. The other player is guard Nate Pierre-Louis, who has done it all for Temple so far this season. Pierre-Louis leads the Owls in points, rebounds, assists, steals and blocks. If the Terps want to squash Temple’s upset bid, they need to focus on containing Pierre-Louis.