Turkey alternatives aren’t the key to enjoying a meatless Thanksgiving 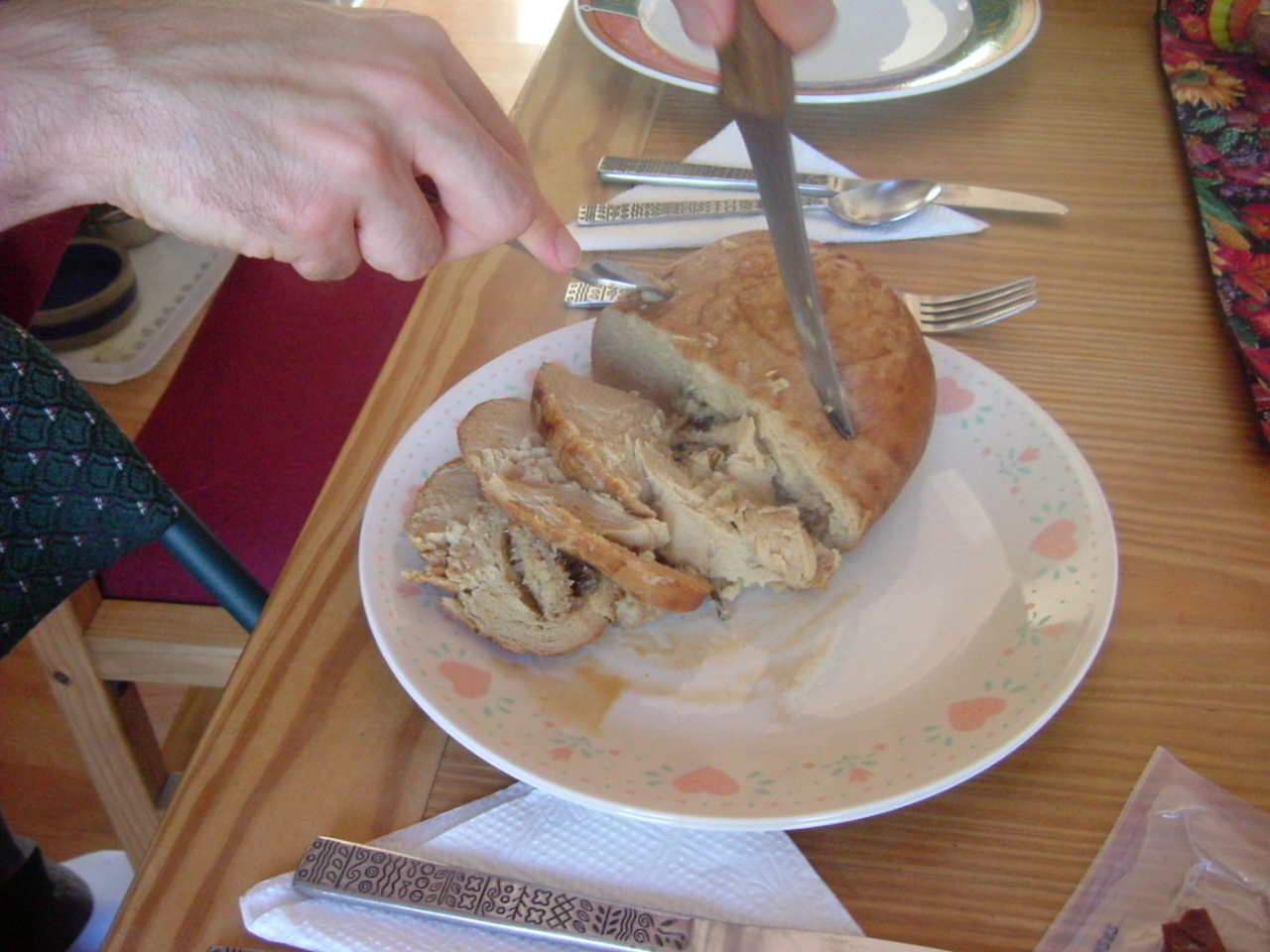 A person carving into a Tofurkey. Photo courtesy of Aine via Flickr.

Being a vegetarian or vegan can be difficult during the holiday season. Eating is a communal activity, and when family members refuse to engage in sharing food at a holiday based around eating, it can be isolating and hurtful. Every year around Thanksgiving, the same jokes mocking vegetarians pop up, and they tend to center around the word “tofurkey.” But it’s time the focus shifted away from turkey alternatives and the word “tofurkey” altogether.

Earlier this month, model and actress Chrissy Teigen tweeted about tofurkey, saying she was considering switching from a meat-based turkey but was “mostly scared. a lot scared.” The replies divide into two main groups: vegans posting about their favorite meat alternatives and non-vegans arguing against the very thought. Twitter user @HoarseWhisperer replied to the tweet, writing, “Opt for something less painful. Like waterboarding.”

Tofurkey as we know it is actually a product marketed by a specific brand that sells a variety of products under the name. By 1995, it was selling a groundbreaking “Holiday Roast” product as a peace offering at family holidays. It didn’t take long for the concept of tofurkey to permeate into popular media. Only three years after the product’s debut, “tofurkey” was featured in a 1998 episode of the popular sitcom Everybody Loves Raymond. The first time I ever heard the word, I was only three.

Today, turkey replacements have expanded beyond the humble tofu-turkey. And though the Tofurky brand itself has updated its recipes and seen large company growth, many other options exist.

It’s not as common to see pre-Thanksgiving attacks on Twitter about replacing chicken broth for vegetable broth in stuffing or swapping out butter for oil. Tofurkey is frequently the punchline of jokes against vegetarians and vegans, on the internet and in real life.

The sensitivity toward replacing meat is clear. Consuming meat is often associated with masculinity, tradition and normalcy. Many cling to these ideals, especially around the holidays.

As far as animal welfare goes, Americans slaughter and consume about 45 million turkeys every year just for Thanksgiving Day. Surely one or two turkey alternatives could be beneficial to health, animals and the environment.

So, why are we so focused on mocking tofurkey? Thanksgiving is a holiday well-known for its side dishes: stuffing, mashed potatoes, sweet potatoes and cranberry sauce, to name a few. Yet the focal bird remains a household obsession.

There are plenty of non-meat foods to incorporate into a Thanksgiving meal, and familial engagement with America’s food history should begin with grains and vegetables. A feast of delicious vegetables does not have to be deemed a meat eater’s nightmare — but rather, a seasonally-appropriate exploration. Tofurkey punchlines should be set aside, and attitudes of vegetarians and meat-eaters alike should shift toward the plentiful vegetarian options available.