Meat-eaters are the biggest snowflakes of them all 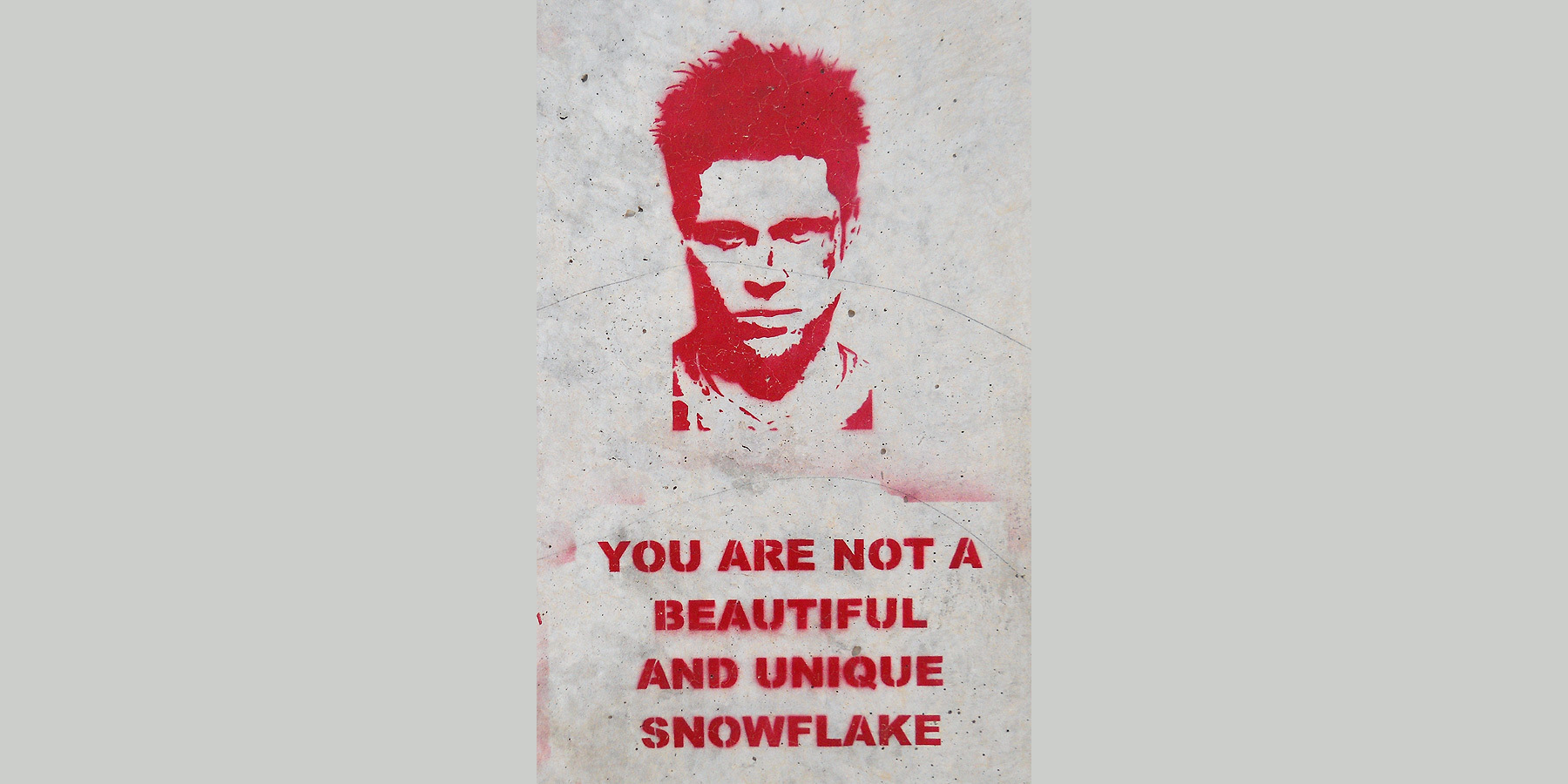 According to the esteemed academic encyclopedia Urban Dictionary, the term “snowflake” comes from the film Fight Club: “You are not special. You’re not a beautiful and unique snowflake. You’re the same decaying organic matter as everything else.”

Typically, the term is applied to “social justice warriors” in an attempt to paint young progressives as irrational and incapable of handling the real world. This has been an important strawman for far-right and fascist organizers to frame their “free speech rallies” as simply battling “political correctness” — a (successful) attempt to insert themselves into the national discourse by wedging centrists against anti-fascist activists.

Safe spaces and trigger warnings are, in reality, just new ways of being considerate and allowing people to remove themselves from the oppressive elements of society for a moment. The way the right-wing uses these terms toward SJWs, however, is actually more applicable to meat-eaters.

Why not shift to a plant-based diet? Despite demonstrated health benefits, the fact that a vegan diet is one of the most important individual actions we can take to reduce our environmental impact, and the truly mind-numbing horror of more than 70 billion animals being killed every year for our consumption, most people still have a deep internal resistance to such a change.

This makes sense. What we eat is an integral part of our lives. Food is a significantly cultural object, woven deep into our identities as one of the first habits of our development, imparted to us by our families and communities. When vegans are critical of animal product consumption, it’s perceived as a direct attack on one’s identity. There is nothing more human than to respond by using psychological fallacies and biases to rationalize away this criticism.

This cognitive dissonance takes a few forms. Ad hominem attacks, such as “preachy vegans” and “soyboys,” avoid having to engage with the content of the arguments. Others dissociate; they accept that the arguments are right but distance their identity — their moral self — from their behavior.

Some retroactively shape their ethical commitments to conform with their behavior, claiming “it is the natural order for humans to dominate animals” or that “individual action makes no impact on the world,” failing to even minimally address the moral and environmental criticisms.

All of this applies only to people with access to food alternatives, as well as knowledge about these effects. I do not expect people to eat fully plant-based diets if they live in food deserts, lack the means (financial or otherwise) to do so, or if they are not even aware of the health, environmental and moral ramifications of their choices.

Responsibility cuts both ways, however. Those who do have the ability to move toward plant-based diets ought to do so, not only for the reasons above, but because doing so will increase demand for plant-based substitutes, thus driving down their prices and giving more people access to make that choice as well.

Up until the last decade or so, the gatekeepers of information — mass media, their corporate agricultural sponsors and the U.S. government — have steadily fed the population reassurance and support for its obedient consumption of animals. Only recently has access to information about animal products and access to plant-based substitutes become available to the mass public. The race of fast food joints to offer vegan burgers, international recognition that the intentional burning of the Amazon rainforest has been for cattle farms, and last week’s New York Times op-ed defending vegan activism have all been important milestones for the movement entering mainstream discourse.

Having been vegan for almost a year, in large part thanks to the access to vegan food on-campus I had through the Maryland Food Co-op, this is the single issue that has brought out the kind of “triggered” reactions from friends, family and others I usually see in the context of disparaging campus SJWs: head-in-the-sand rejection and lashing out.

Corporate and state power have crafted a “safe space” for these consumption habits, normalizing and reproducing the justifications for them in every facet of our lives. The simple existence of vegans (let alone our voices) disrupts this safe space, interjecting the unpleasant thought that you may be complicit in untold levels of suffering and environmental destruction — hence why we have been shut out of media and public spaces for so long.

Unfortunately, as Tyler Durden said, “You are not special. You’re not a beautiful and unique snowflake. You’re the same decaying organic matter as everything else.” And your life is no more precious than the lives of the animals and vulnerable people who suffer because of your choices. He continued: “We’re all part of the same compost heap. We’re all singing, all dancing crap of the world.”