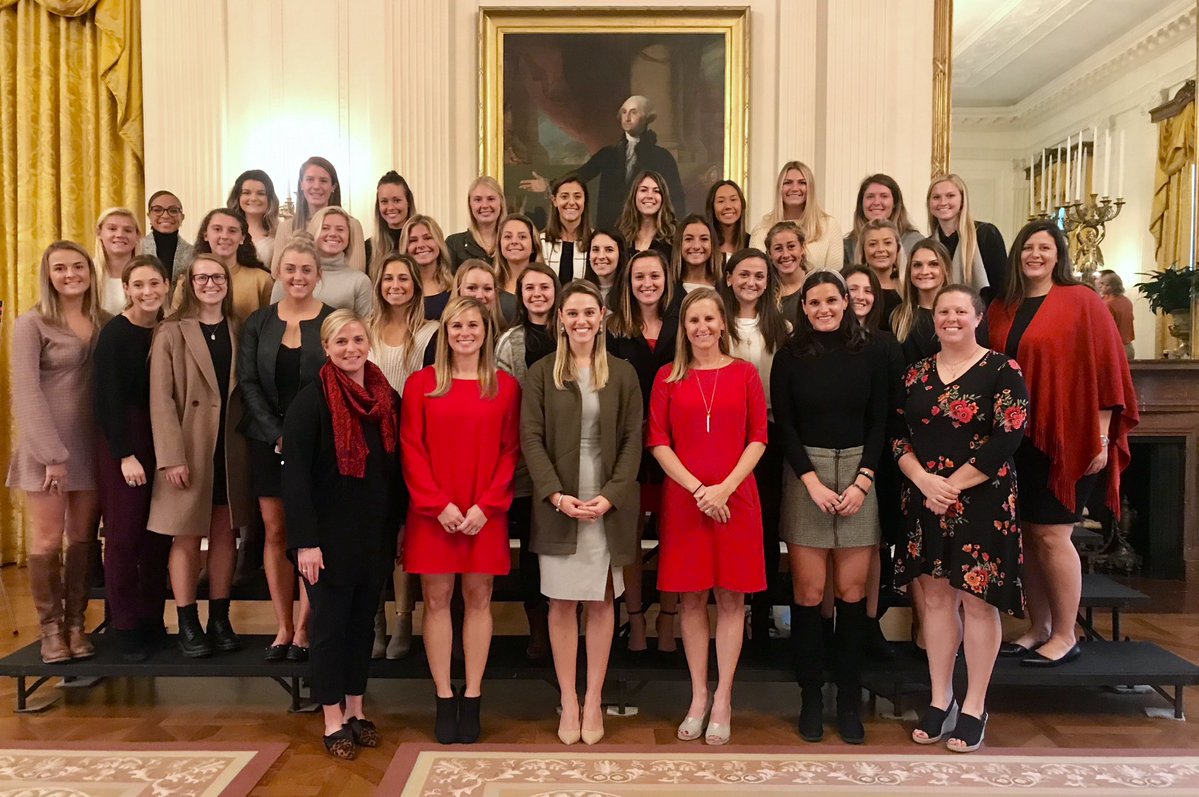 Friday was a special day for Maryland athletics. Both the 2019 women’s lacrosse and 2018 men’s soccer teams were honored at the White House as two of last season’s NCAA championship teams. Maryland was on a small list of schools with multiple national championships during the 2018-19 athletic season.

In 2019, Maryland women’s lacrosse won its fifth national title in the decade, its 14th overall. The Terps took the title home in a 12-10 win over No. 2 overall seed Boston College on May 26 in Baltimore.

The Terps were honored at The White House today in celebration of our 2019 National Championship! pic.twitter.com/3Fzk3aBELg

Maryland is the winningest women’s lacrosse program in the history of the NCAA, with double the national championships of the next-closest program, Northwestern, who has seven.

Goalie Megan Taylor was the recipient of both the Most Outstanding Player of the tournament and the 2019 Tewarraton Award, given to the best player in women’s college lacrosse.

Natty champs has a nice RING to it…

The Champs at the White House! @Sebastian_Elney, Donovan Pines, DJ Reeves and Chase Gasper had the opportunity to rep us in DC today. pic.twitter.com/uqxkKQ5LY9

Maryland, the No. 11 overall seed in the tournament, didn’t allow a goal in all five games, shutting out opponents by a combined 8-0 score.

The Terps upset No. 6 Duke and No. 3 Kentucky, bringing them to the 2018 College Cup. The Terps then defeated No. 2 Indiana before beating Akron 1-0 in the title game.

Five players from that team were either drafted in the 2019 MLS SuperDraft or signed to a contract with an MLS team.

The Terps received their national championship rings in May, which were equally stylish.

The symbol of Excellence

Current members of the Maryland men’s soccer team could not visit the White House, due to their NCAA tournament run. The team was ousted by Wake Forest in the second round on Sunday.