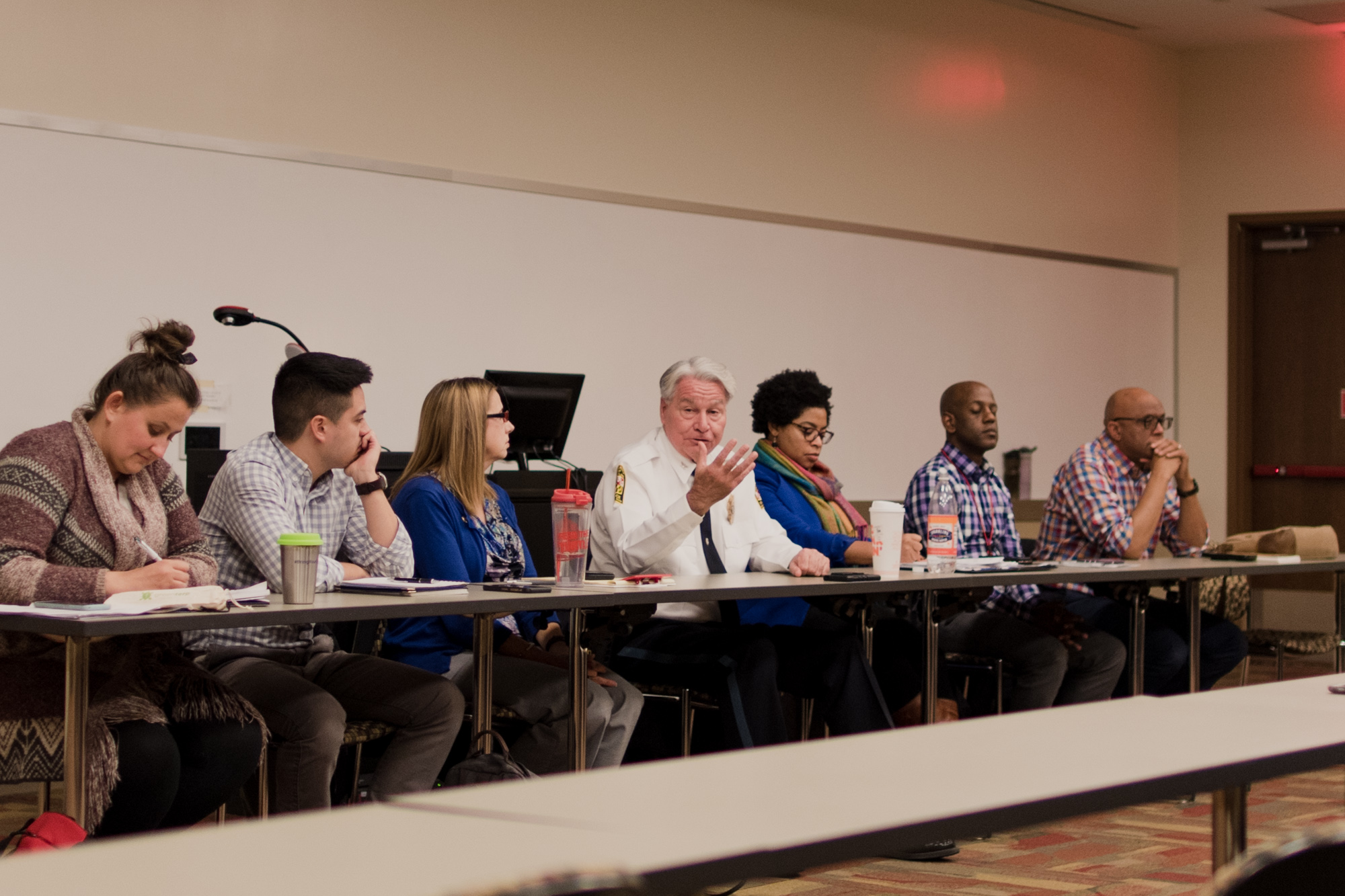 Various representatives of College Park and the University of Maryland participated in a question and answer session during the RHA Town Hall Meeting in Prince Frederick Hall on Nov. 12, 2019. (Gabby Baniqued/The Diamondback)

Since it’s the user’s responsibility to park and charge the Bird scooters, it’s become an issue on campus, said David Allen, DOTS’s executive director. This contrasts with how the VeoRide scooters operate — the scooter company maintains them.

Allen said DOTS may work with VeoRide to increase the number of scooters and electric bicycles on campus as a possible solution. In addition to his department, University Police, RHA and other groups will be working in the coming weeks to create more policies for this “huge flock of Birds,” Allen added.

The university banned electric scooters in dorms after several hoverboards caught on fire in 2015. The ban includes all electric vehicles such as scooters, hoverboards, electric bikes and electric skateboards.

The body also discussed the use of whiteboards on campus. After a series of reported hate bias incidents — some of which involved hateful language or symbols drawn on whiteboards — the RHA discussed solutions for how to handle them, including potentially removing the boards.

Five such incidents have been recorded since January 2018. And in their wake, students asked questions about the use of whiteboards in dorms on campus.

“My question is about the whiteboards and where we’re going with it?” asked Dan Laffin, a senior economics and government and politics major.

“We’re not going to go around and take down whiteboards, to be very transparent,” Scales said.

The solution isn’t to take them down, she said, but to leave them up and educate students about hate bias. Additionally, Scales said she would rather save the money that would be needed to remove the boards and spend it in other ways.

Mitchell encouraged students to inform University Police about hate bias incidents, despite First Amendment protection of such forms of speech.

“Is it necessary to have that kind of speech? I hate it,” Mitchell said. “If it’s lawful though, I’ll risk my life for you to have the right to say it because that’s my job.”

“I just want to make sure that you all are seeing this is not supported by UMPD or the Prince George’s County Police,” Mitchell said. “Honestly, I can’t even for the life of me understand why it was passed.”