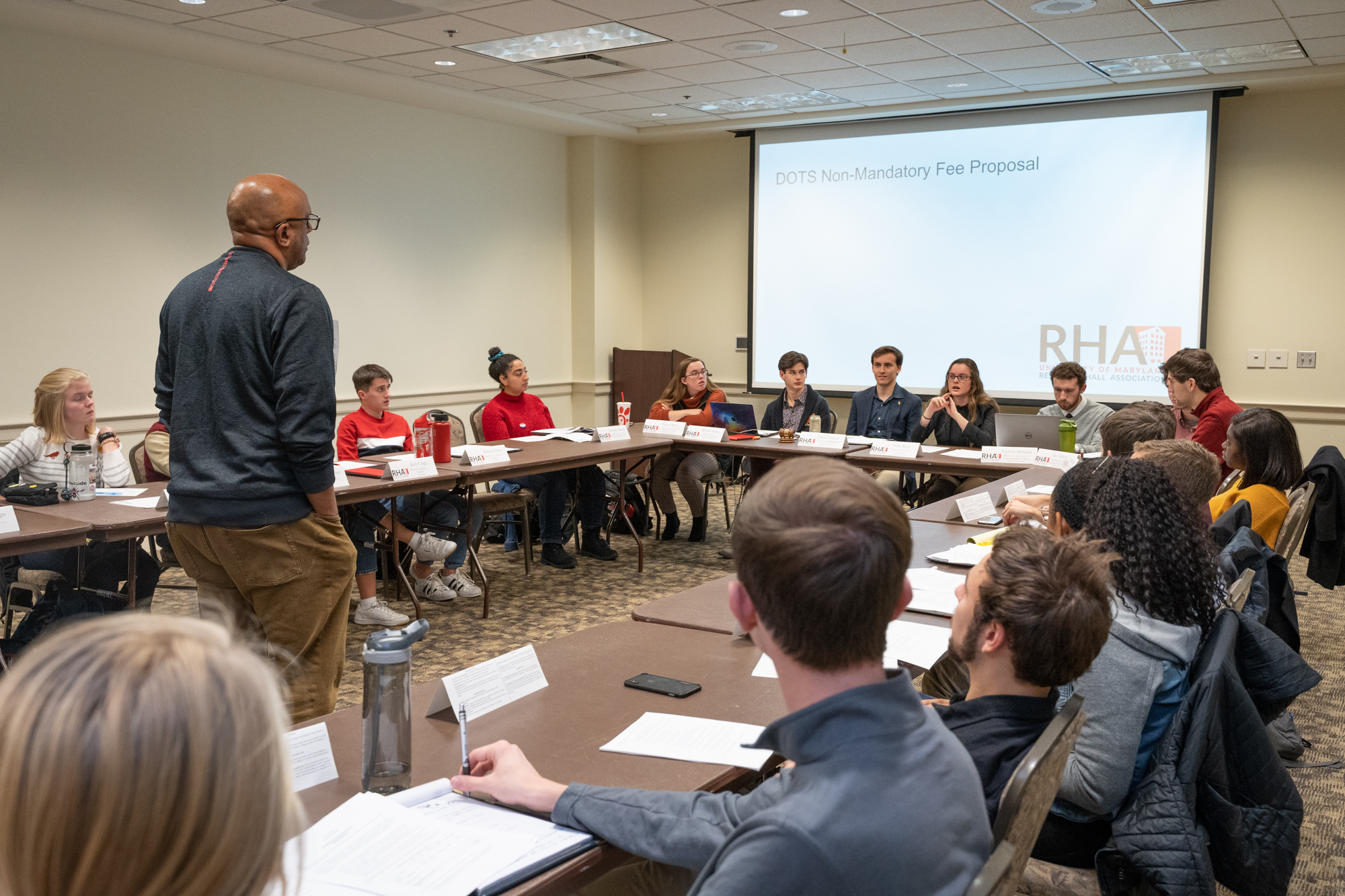 The project is part of DOTS’ goal to decrease the number of single-occupancy vehicles on the campus — and it would bump up department revenue for those services to $336,214.

“We want everyone on a bus, a bike, scooter or walking,” Allen said. “That’s what our goal is.”

DOTS has struggled to find a sustainable funding model for several years.

And in November 2016, the campus construction limited the number of parking spots, pushing the department to increase focus on sustainability initiatives such as providing discounts to those who carpool. This incentive, in addition to others, is run through DOTS’ Smart Commute program.

But now, as Maryland’s minimum wage increased with a 2.5 percent raise for DOTS employees, and construction has cut into visitor and sporting events parking, it’s become even more challenging.

“We’re charging people more to park to make up for the fact we’re letting less people park, and as our campus continues towards better, more sustainable transportation methods,” Chiveral said, “I want parking on campus to be limited to those who need it, not just those who can afford it.”

DOTS has considered other models to bring in funds for parking changes, but most have been rejected.

One of those recommendations was to extend its five-tier system to include a sixth tier. The current system requires employees earning over a certain amount of money to pay more for parking. Including the additional tier would increase revenue for DOTS.

Allen also proposed tentative plans to change free parking hours from its current 4 p.m. to 7 a.m. on weekdays to midnight to 7 a.m. every day of the week.

He said it’s time for people paying for parking to stop pulling the weight for those parking for free.

“So a lot of people parking for free, great for them,” Allen said. “If you haven’t been one of those people, great for you. However, should everyone subsidize all those folks?”

The plans to change parking hours are tentative, and in two weeks will be laid out for the advisory committee.

However, the only officially proposed change remains the fees, which senior communication major Kristina Arreza said she disagrees with.

“I think it’s kind of absurd that a state institution isn’t really putting into consideration people who don’t really have money or are in a place to be a full-time student and have a full-time job,” she said.

Daniel Long, a senior communication major, was sympathetic to both sides of the issue.

“On one hand it’s like, they got to make their money somehow,” he said, “but it sucks for the students, some of them are already broke as it is.”

The budget decisions are still subject to approval by the advisory committee and the Committee for the Review of Student Fees.

Until then, the change remains in limbo — and student concerns persist.

“It’s really annoying,” Arreza said. “I thought that college was supposed to help us, not drown us.”