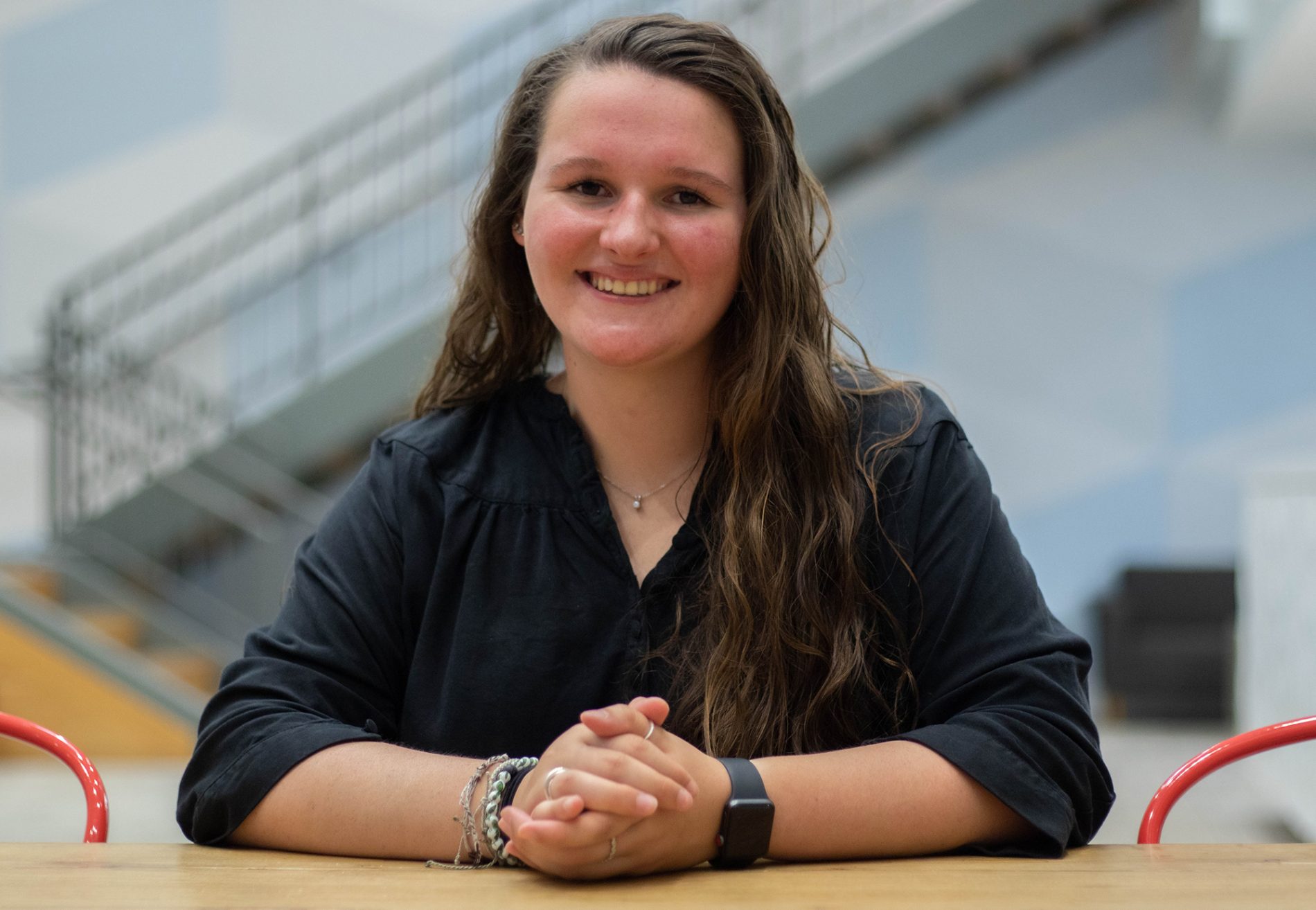 Isabelle van Benschoten spent the winter break of her freshman year differently than most of her peers: researching environmentally-focused fraternities.

Now, only nine months after she had the idea — and a few weeks after their first meeting — she’s opened a chapter of environmental honors fraternity Epsilon Eta at the University of Maryland.

She was determined to open a chapter of the fraternity to emphasize science and research and stop misinformation about the environment.

“People knowing the facts, and learning how to find them, is important,” van Benschoten said. “Climate change is obviously a quickly growing issue. Every small step toward helping is important. Education is a huge aspect of that. Without further research and actually knowing the science, there’s no way to apply it through sustainability.”

Van Benschoten, a sophomore environmental science and technology major, reached out to other chapters across the country. She talked to the outreach chair of the nation’s first chapter at the University of North Carolina and started contacting people who she thought might be interested. Finally, to be recognized as a student organization by Stamp Student Union, she needed to meet an eight-member threshold and write a constitution.

“It definitely was a long time researching and getting it all together,” she said.

But after the group started, it “hit the ground running and really get a lot done,” she added.

The group came together largely through word of mouth, Daniel Reise, a junior civil and environmental engineering major, said. Since most members are studying subjects related to the environment and engineering, it made recruiting members easier, he said.

The fraternity has nine members at the moment but is likely going to add more in the coming weeks. At this year’s First Look Fair, the group received interest from 60 people.

“I was pleasantly surprised,” van Benschoten said. “I didn’t know how gung-ho everyone was about it. But when we came to the meeting, everyone was super positive, ready to work.”

Now, the fraternity is working with Jewish sleep-away Camps Airy & Louise to help them become more sustainable. There aren’t many projects set, van Benschoten said, because she wants everyone to have a say.

“I want people to know that their ideas about projects or service are totally welcome and encouraged,” she said. “I want everyone to be able to feel like they can get their opinions out and do what they want. The opportunities are really endless.”

The fraternity will have fewer organized social events than its Greek Life counterparts, van Benschoten said, but there’s still an ongoing informal rush week aimed at members getting to know one other.

Although some members aren’t actively looking for jobs right now, Reise said membership in the fraternity will serve them well in the future.

Most professional fraternities at the university are members of the Professional Greek Council, which was founded in 2015. Epsilon Eta isn’t a member of the PGC, but Reise thinks that won’t be the case for long.

“There’s a growing demand for [environmental sustainability],” Reise said. “So it wouldn’t surprise me if that happened in the next five years.”

Van Benschoten coordinated with this university’s Sustainability Cooperative — a cooperative that brings together student groups focused on sustainability — to launch Epsilon Eta. The fraternity is expected to become a member of SCoop soon, van Benschoten said.

Annabelle Arnold, one of SCoop’s three administrative chairs, said she thinks the fraternity offers something the university doesn’t have a lot of — a social group with service aspects.

“It seems like a good opportunity for students interested in taking environmental action to come together in a way that offers a social and service aspect,” said Arnold, a senior environmental science and technology major. “I don’t know if any of the organizations in SCoop are quite like that because they’re project-based or political-based.”

Arnold said she believes it’s an important time for these sustainability groups to form.

“We’re in the group that believes climate change is truly a crisis right now,” she said. “We really are of the same mindset that we need to take action right now. By joining forces, that’s our best shot of making that happen.”