No. 7 Maryland basketball vs. Holy Cross: How to watch and what to watch for 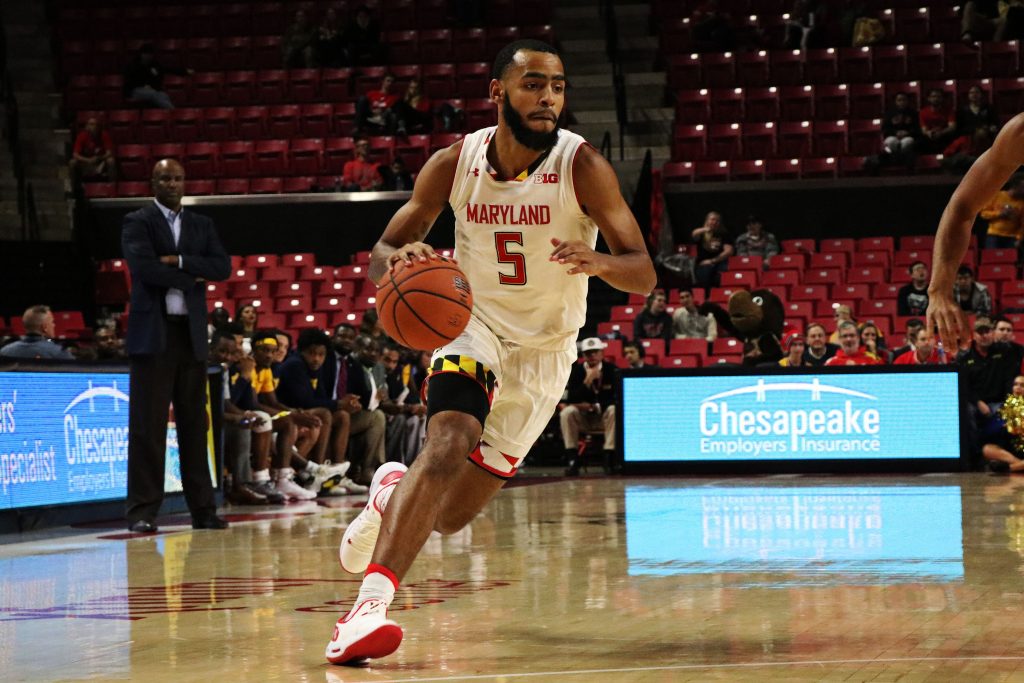 What to watch for Maryland: Freshman presence

The Terps have returned most of their 2018-19 roster and add five freshmen to the team. The freshman got extended playing time against Fayetteville State, with Donta Scott leading the way with 10 points in 19 minutes, shooting 4-for-6 from the field. This year’s team has the potential to be very deep, but that is dependent on the contributions from the freshmen. The Mitchell twins, Makhi and Makhel, will likely see a lot of time on court due to the departure of Bruno Fernando. Expect the freshmen to get some extended minutes on Tuesday if the Terps go up big.

What to watch for Holy Cross: Offensive depletion

Coming into this season, the Crusaders lost three of their four top scorers from 2018-19, combining to equal 55.9 percent of their offense. Holy Cross is left with one scorer who averaged double figures last season, junior Austin Butler, who averaged 12.6 points per game in 2018-19. The program has added five freshmen this season, but losing more than half of the offense is going to be a lot to make up early on, which doesn’t help against a Maryland team that retained nearly 81 percent of its offense for this season.