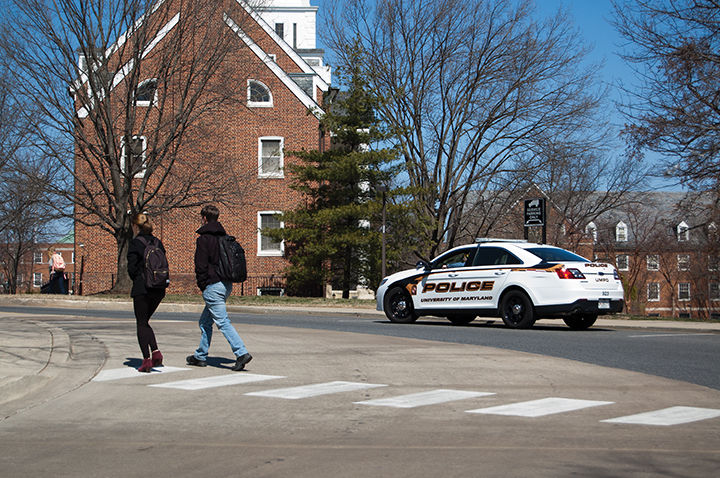 As I have discussed in a previous column, the relationship between citizens — especially those of color — and police officers has been on thin ice throughout history. And with the recent rise of social media, videos and accounts of police brutality can reach wider audiences faster than ever. There are mountains of anecdotal and statistical evidence that police broadly target people of color more often than white people. From innumerable cases of unarmed black citizens shot and killed by police to unbelievably high black incarceration rates, it’s hard not to see the patterns of both individual violence and institutional bias.

So why does the Residence Hall Association think it’s a good idea to bring police for “calm, non-confrontational” conversations into spaces that could include students’ living areas?

A new committee of the RHA, the Residents and Police Committee, is planning to come up with options for events and “educational programs” for hall and area councils in order to improve relationships between University of Maryland Police and the larger student population. Hall and area councils could choose to bring cops into students’ spaces without crime-related cause. But at a university that touts an undergraduate population of more than 40 percent minority students, this seems inappropriate — and absolutely should not occur.

Just over three years ago, this university investigated University Police for a case of excessive force at a graduation party primarily attended by black students. Video surfaced of students being pepper-sprayed without any sign of resistance, and the incident led to an officer’s suspension and formal apologies.

Other cases of brutality, such as the viral assault of a student in 2010 and the questionable use of force against a black man skateboarding last semester have also occurred in College Park, though by Prince George’s County Police, which at this time will not be part of the RHA’s initiative.

I acknowledge these events not necessarily because University Police will pose a definite threat if they’re let into dorms for these events, but rather because incidents of police brutality have been shown to worsen black people’s mental health within communities. Seeing police officers in living spaces is not going to help minority students who already have anxiety about police brutality that could potentially worsen with the social memory of local events.

The kinds of programming set forth not only have the potential to make students uncomfortable, but with the limited amount of information about them available, they also sound ineffective. It’s not clear how the committee believes this initiative will improve relations other than having both groups in the same space. Without a direct conversation about the real causes of strife between police and those they serve, real change in attitude can’t happen — just exposing people to cops isn’t a way to stimulate social change.

There have been other attempts to improve relationships between police and students at this university, some of which might serve as a better model for the RHA. In 2017, a panel featuring University Police Chief David Mitchell, with the Clarice Smith Performing Arts Center and the Black Male Initiative co-sponsoring, allowed students and local residents to share ideas and complaints surrounding police brutality. If the RHA wants to improve relationships, panels such as this — ones held in public spaces that allow for two-way communication — are the way to go.

Taking on this initiative is a tall order that the RHA does not sound prepared to fill, and its current plans could make tensions worse. Police should not be needlessly brought into dorms or any other student spaces, especially for what seems like an empty gesture in improving a widespread, multifaceted issue. If the RHA wants to change how students view the police, there is room to make a change — but not like this.

CORRECTION: Due to a columnist error, a previous version of this column incorrectly stated the RHA will bring students and police together for conversations and safety lectures in dorms. Though conversations could occur in dorms, they will not definitively occur there, and there were no stated plans to lecture students about safety. A previous version of this column also incorrectly stated the Residents and Police Committee will host events that would bring police into dorms to improve relationships between students and police. The committee will not host these events, but it hopes to provide event options to hall and area councils, which could choose to invite police officers. This column and its headline have been updated.