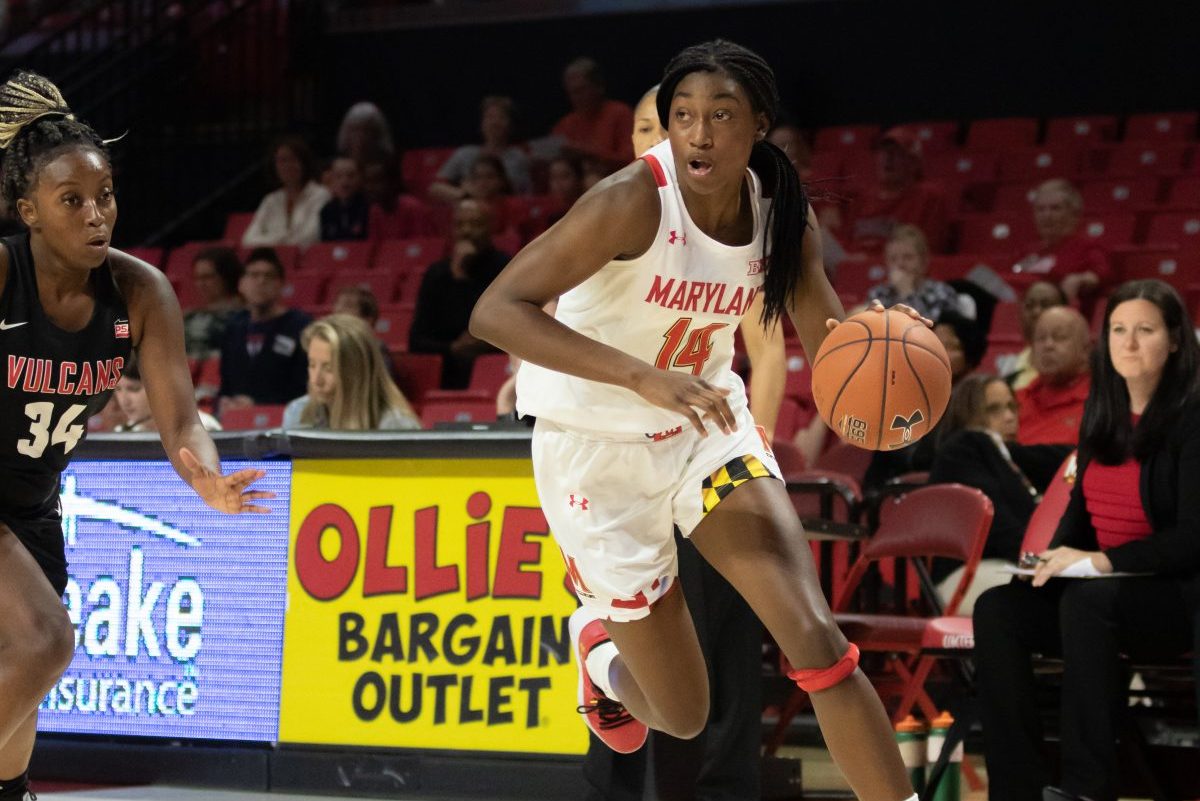 For most college basketball programs, simply making the NCAA Tournament is seen as a big accomplishment. For Maryland women’s basketball, though, that isn’t enough.

The Terps are perennially ranked in the AP top-ten for women’s basketball but have not seen that translate to tournament success in recent times. In three of the last four years, they failed to make it out of the second round despite a top-five seed each time.

This year, Maryland returns 90 percent of their scoring from a season ago and added a freshman class that ranks third in the nation, according to ESPN, and coach Brenda Frese said the team has high expectations for the 2019-20 season.

“I think the thing that the [freshman] class brings is they are dynamic, athletic, really high IQ,” Frese said.

The four-player class of Ashley Owusu, Diamond Miller, Faith Masonius and Zoe Young add to a Terps squad that returns all five starters from a season ago. Maryland will have to wait on Young, however, as she suffered a torn ACL earlier in October and is expected to miss the 2019-20 season.

Led by seniors Kaila Charles, Stephanie Jones and Blair Watson, sophomore Shakira Austin and reigning Big Ten Freshman of the Year Taylor Mikesell, this is a squad that will look to get out and run, overwhelming teams with athleticism and playmaking.

Off the bench, junior Channise Lewis figures to be a key point guard, while senior Sara Vujacic provides sharp shooting and sophomores Olivia Owens and Mimi Collins bring height inside.

With many key players returning and a highly-touted freshman class added to the mix, there has been a lot of early hype around this year’s team. Both ESPNW and the NCAA ranked the Terps fifth in their preseason polls, and the coaches and media picked Maryland to win the Big Ten once again.

While these accolades are nothing new for the program, this year’s team is ready to see what they can do and hopefully find themselves playing deep into March.

“I’d say there are high expectations, especially for the squad that we have this year,” Watson said. “I’m just super excited.”