Where is High Five Guy now? We checked in with a UMD legend. 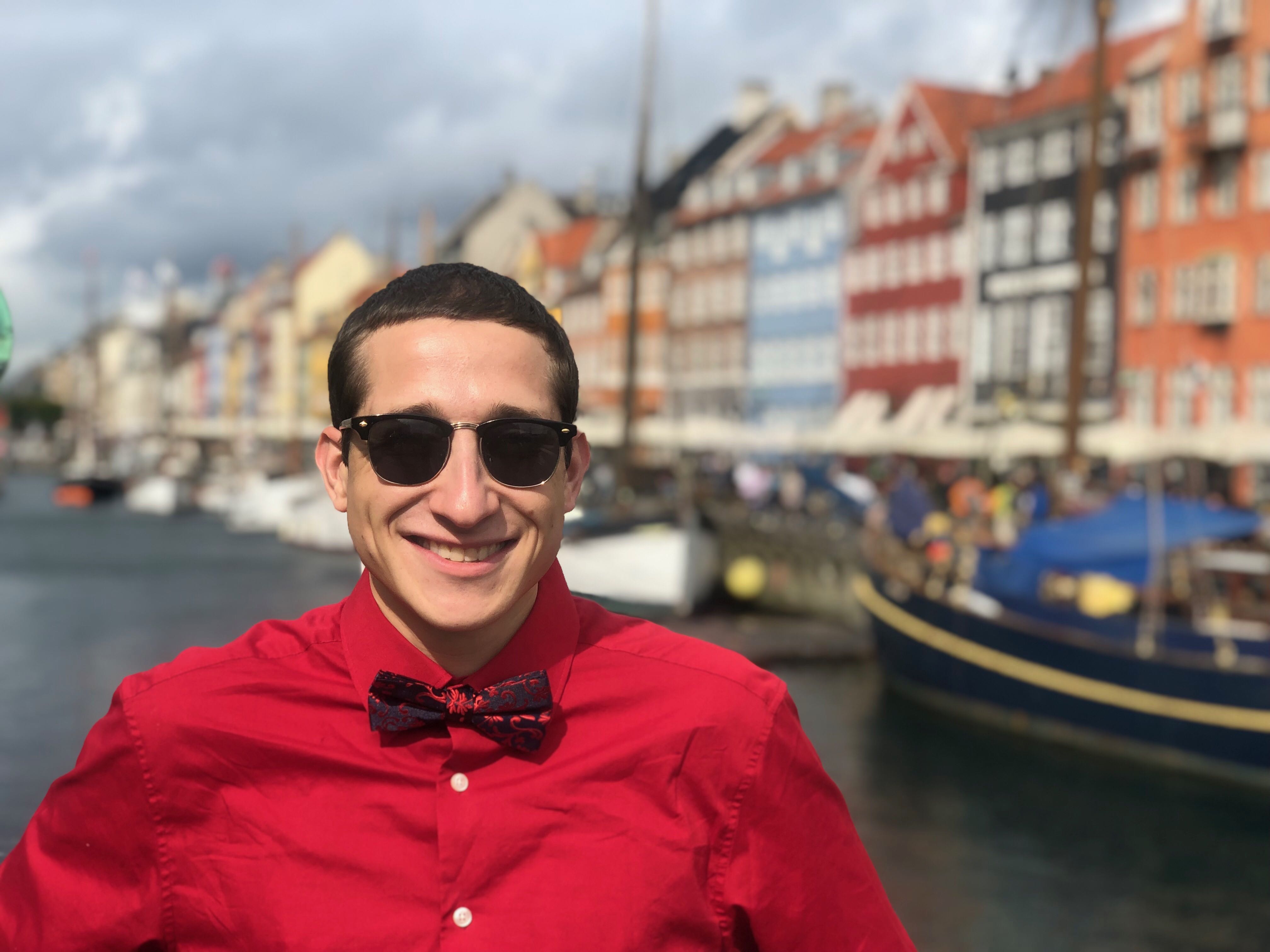 Luke Makris, a 2017 UMD graduate, is fondly remembered for high fiving students all around campus. He still get recognized for the trademark greeting at his job at BWI. (Photo courtesy of Luke Makris).

Luke Makris is used to seeing people’s faces light up in recognition at Baltimore-Washington International Thurgood Marshall Airport, where he works for American Airlines.

They’re not family or close friends, and they often don’t know Makris by name. To them, he’s just High Five Guy.

“People run up to me sometimes and literally put their hand up in my face before I realize, like, ‘Oh, it’s probably a Maryland student,’” he said.

Makris’ moniker comes from a mission he developed his senior year at the University of Maryland: Spreading the message of “God’s unconditional and consistent love” by high-fiving students passing by Stamp Student Union, McKeldin Library or the South Campus Dining Hall.

He continued to greet students in his signature way around the campus during the spring 2018 semester, after officially graduating in December 2017. Though his days studying supply chain management and giving out daily high-fives on the campus are done, his persona has had a lasting impact on his life — and other former students.

At first, Makris said, many people thought his habit was some kind of social experiment. But a few months in, people began to catch on. It didn’t hurt his feelings when people avoided him, he said — he’s offering high fives, not forcing them on people.

Though many of his interactions were as fleeting as a handclap, he’s developed some long-lasting friendships through the role. He can count at least ten people he still talks to regularly whom he met through high fives, he said.

“It’s so weird how like seeing somebody for two seconds every single day makes you feel like you’ve known them for years,” he said.

Kishan Patel, a senior finance and economics major, thought Makris was a little odd when they first met. But they continued their occasional conversations, discovering they were both from Annapolis, and that Makris went to the same high school as Patel’s friends.

After following each other on social media, Patel discovered Makris’ YouTube channel and his inspirational social media posts.

“I realized that what he was doing was a lot more than just giving high fives,” Patel said. “It was all just for the sake of spreading positivity, which I thought was really cool.”

Even after Makris graduated, the two remained friends. When Patel was going through a rough time, he reached out to Makris for advice. He received a call back within a minute.

“I didn’t expect him to do all that,” he said. “Whenever I needed some words of advice or just some positivity, I would just talk to him, and he’d make everything better.”

Eric Winik, a senior information systems and operations management and business analytics major, said he had a similar experience after becoming friends with Makris.

He met Makris when he was an underclassman at the university and saw him giving high fives. And, after seeing Makris’ Instagram posts about traveling, the two decided to meet up to talk recommendations on where Winik should go.

“I was in this transitory time in my life where I was ending my career as an athlete,” said Winik. “Luke saw me go through that.”

Winik said he sees Makris as “somewhere between a mentor and a friend.”

“We’ll always shoot each other a text or a phone call if we have a job interview or something with a girlfriend … If there’s something I need to get off my chest I know Luke’s the guy I can reach out to,” he said. “He’s always very reliable and honest.”

[Read more: There was a huge cube in the Iribe Center. Students could earn a job by solving it.]

Aside from the friendships he formed, Makris said the persona he forged at this university also helped him hone his social skills and gave him an outlet for his already-bubbly personality.

After he went to work for Southwest Airlines, Makris made a point to greet a few of the customer service workers every day, until he had said hello to every single one of the over 200 customer service personnel.

When one of his flights to Florida was delayed overnight because of thunderstorms and he had to sleep at the airport, he struck up a conversation with a worker named Hannah who was looking for a travel partner.

Now, even though Makris works at American Airlines and she remained at Southwest, the two travel together. They recently got back from a trip to Europe.

“It was a matter of a day that I would have never met her,” he said.

For now, Makris is working at the airport and makes extra money working for DoorDash. But someday, Makris hopes to become a station manager for an airline, where he said he will use his social skills to manage others.

In a University of Maryland Reddit thread titled “I miss High Five guy,” users chimed in: “We all do” and “I’m glad to have met him.”

Makris said there’s a chance he’ll return someday. He could hop in his old Toyota Camry (which he calls Diana) and make the trip back.

The trunk of the car  has the typical array of items, including spare clothes and a phone charger. But there’s also a huge blue sign with white writing that says “High Five!”

“I think it will always be a tradition of mine — even if I move out west — to come back once in a while,” he said, “and do a round of high fives at Maryland.”