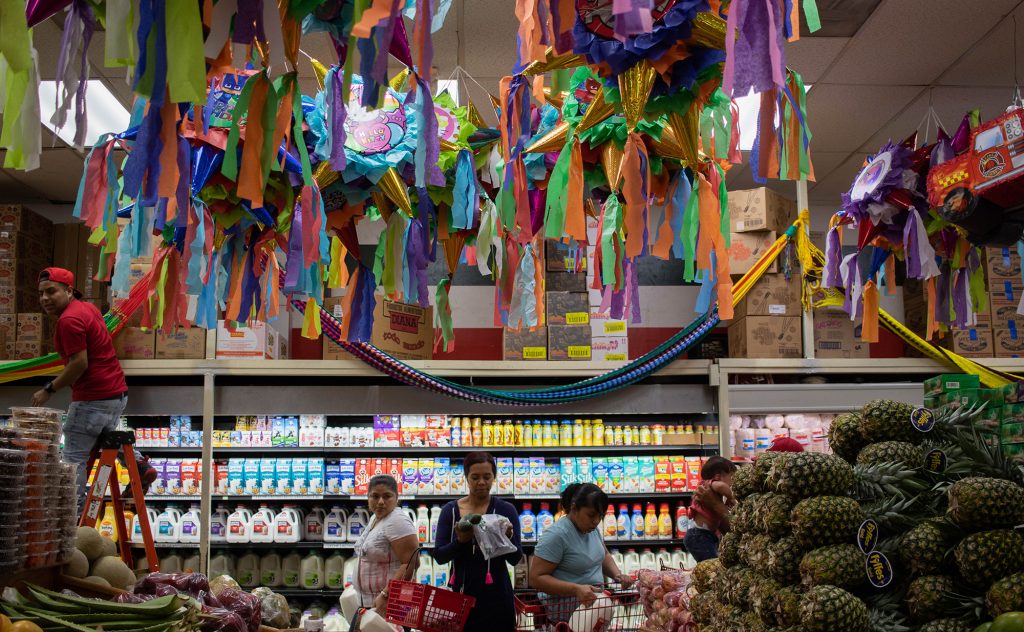 For many students at the University of Maryland, access to familiar foods means feeling close to home.

For Minh Nguyen, a senior government and politics major whose family is from Vietnam, that means childhood snacks like shrimp crackers.

“It’s really important when you’re on a campus like UMD, where diversity is so giant that it’s overwhelming — sometimes you just want a taste of home,” said Nguyen, the external vice president of Asian American Student Union. “It’s a comfort thing.”

Often, students with international backgrounds or those who keep kosher or halal can have a hard time finding certain products in campus shops or at nearby supermarkets.

So, here’s a guide to some of the most popular ethnic food outlets for those looking to tackle a craving. Take a look to see where you can find Latin, Asian, kosher and halal foods around College Park.

Students looking for masarepa, Goya products and Latin American sweets can find them at the nearby Megamart Supermarket.

A local chain that specializes in Latino products in addition to regular goods and produce, Megamart has three locations less than a fifteen minute drive from campus: two on University Boulevard, and one on Riverdale Road.

The store also includes premade breads and pastries, tropical produce and products such as yucca flour, Brown said, which tend to be cheaper than alternative stores that might offer them, such as Whole Foods.

“It kind of has everything,” Brown said. “It has all the things you wouldn’t find in a traditional grocery store.”

Sandwiched between the two Megamart locations on University Boulevard is New Grand Mart, an international food store where students can buy a variety of Asian products, Nguyen said.

Students looking for Indian food products can find them at Patel Brothers across the street; Southeast Asian goods at Angkor Supermarket just down the road; and Filipino goods at Manila Mart, a store that’s a 15-minute drive away from campus on Garrett Avenue.

“It’s the only Filipino one around here,” Medina said. “Whenever my parents come, we always eat there, because it’s what they’re accustomed to rather than American food. So it’s kind of nice to bond over that.”

A little further away, students can get Korean goods at HMart, a store in Wheaton.

“A lot of people just find out about these places from word-of-mouth,” Nguyen said. “That’s part of your cultural identity.”

For Jewish and Muslim students who keep kosher or halal, certain products like cheese and meat have to be prepared in a specific way.

Though Hillel dining plans and labels on most everyday products help with keeping kosher, students looking for kosher meat and cheese have a bit of a further trek — the nearest kosher store is Shalom Kosher in Silver Spring. Sophomore government and politics major Zach Goldberg said that Jewish students will sometimes look out for one another in Facebook groups, offering a ride or asking if anyone needs anything when they go on a grocery run.

“It’s a big community,” Goldberg said. “We all acknowledge, you know, that it’s definitely a trip. It’s not close. And so if we can make it as accessible for as many people as we can, that’s something we try to do for each other.”