Steve Aird is coming to town, but Maryland volleyball is staying focused on itself 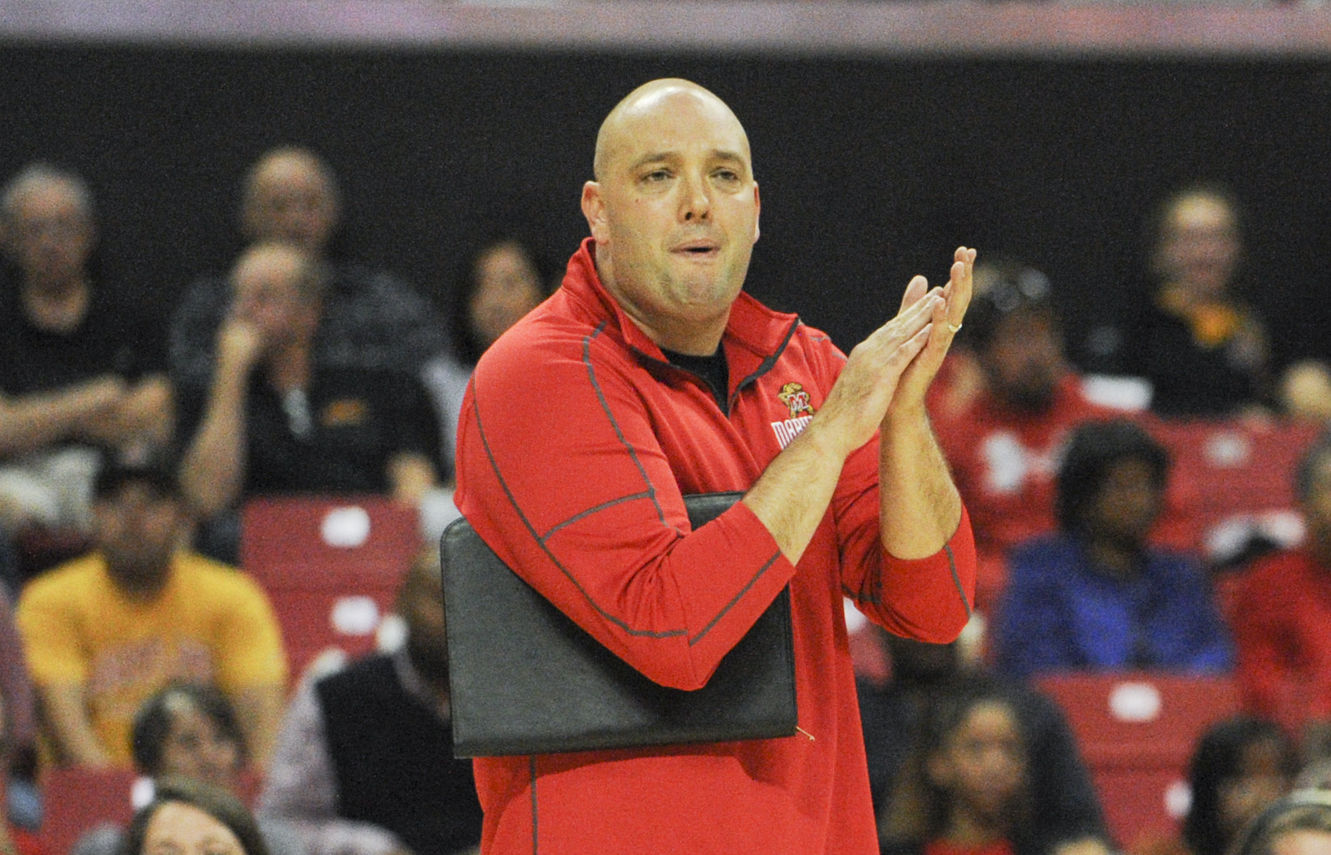 Coach Steve Aird encourages his players during the Terps' loss in straight sets to Michigan State on Oct. 17, 2014 in Xfinity Pavilion.

For four years, Steve Aird sat in the nearest chair to the scorer’s table on the sideline of Xfinity Pavilion, building Maryland volleyball up from a Big Ten basement-dweller into an up-and-coming squad that nearly reached the NCAA tournament.

Then, about a month after the Terps’ 2017 season concluded — as one of the first teams left out of the postseason competition — Aird uprooted, joining Indiana to become its coach in a move that left players and fans surprised and triggered a series of transfers, seeming to set the program’s development back.

But since, Adam Hughes has stabilized the team. Aird has settled in to his new gig in Bloomington. Maryland won the first matchup between the sides — a straight-sets sweep last season — and neither team expressed hard feelings.

At 10-8 overall and 2-4 in the conference, Wednesday’s match is a key chance against the Hoosiers. Building off solid performances against Penn State — losing in five sets — and Rutgers, the Terps feel as if a meeting with Aird’s new team (12-7, 1-5) could be coming at the right time.

And ahead of the College Park matchup, Maryland is maintaining the business-like approach. They know the coach on the opposite bench quite well, but the focus will be inside their own huddle, on their own plans — and on finding another conference win.

“I don’t think it factors into the match at all,” Hughes said. “Working here with Steve, we got to go through the experience of playing against our alma mater … We just have to go about our business like pros.”

In four seasons in College Park, Aird totaled a 55-74 record, including an 18-14 run in 2017 that put the Terps on the brink of an NCAA tournament berth. When Aird began in College Park, he brought Hughes with him from Penn State. Hughes went on to feature as part of Aird’s staff for his entire tenure with Maryland.

After accepting the head coaching role, Hughes tried to emulate Aird’s individuality — but not necessarily his coaching style.

“Watching Steve move from an assistant coach to a head coach, I saw him try to become himself,” Hughes said. “I’m never trying to be Steve, and I think that’s helped me define who I want to be as a coach.”

Eight current Terps were on the roster during Aird’s tenure, including captains Katie Myers and Erika Pritchard. In 2017, Myers started 10 matches before suffering a season-ending injury, and Pritchard started all 32 matches, notching double-digit kills in 20 of them.

Players said Aird’s presence has not factored into their preparation for Wednesday’s match, nor will it factor into their execution.

“For us, it’s just another game,” Myers said. “They’re a really good team. They have a lot of weapons that can really contribute, so we’re going to approach it normally.”

Despite Aird’s return to College Park, Maryland plans to focus its energy elsewhere.

“To me, it’s not me against Steve,” Hughes said, “it’s Indiana against Maryland.”