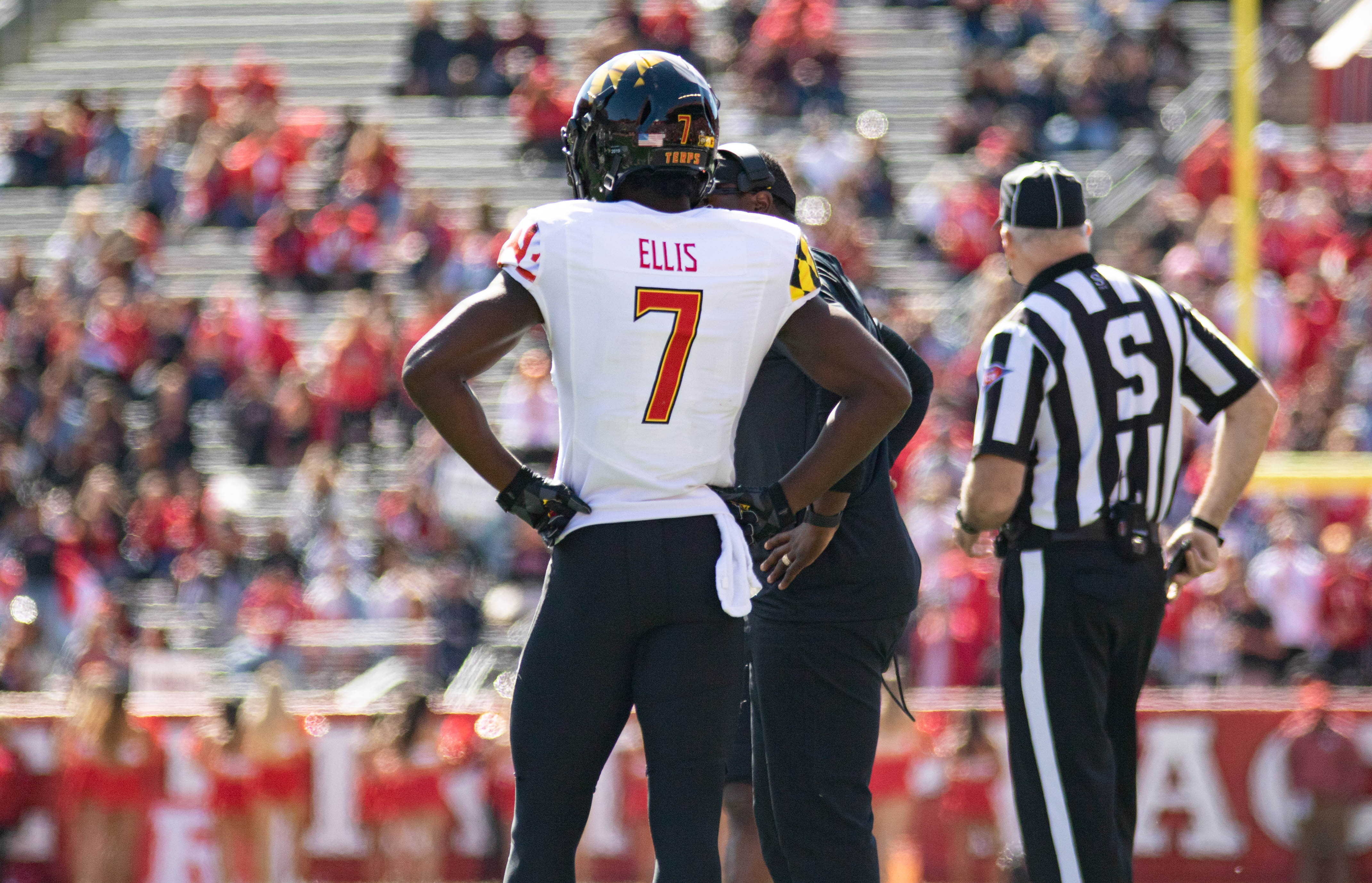 After Maryland football cornerback Tino Ellis left Saturday’s loss against Purdue early in the first half, true freshman Lavonte Gater was tasked with taking his place. On the opposite side of the field, true freshman Deonte Banks lined up, filling in for an injured Marcus Lewis for the second straight week.

Coach Mike Locksley said he was proud of the way the inexperienced defensive backs performed for a team slim at the position, but the Boilermakers lit them up anyway. Jack Plummer completed 33 passes for 420 yards and three touchdowns, routinely finding pockets of space to pick apart the Terps’ coverage.

Defensive coordinator Jon Hoke played Cover 0 and Cover 1 — man-to-man schemes — on 47 percent of snaps, per Pro Football Focus. Maryland ran a Cover 2, which traditionally features two deep safeties and underneath zone coverage, yet could also be man-to-man, on another 17 percent of plays. The defense was beaten on slants and on deep balls, early and often, allowing Purdue to chug down the field en route to a 40-14 win.

But Locksley doesn’t anticipate a change in defensive style to use more zone schemes, even after he announced Ellis would miss the remainder of the season with an upper-body injury. Locksley feels dropping back would invite the run, and he didn’t express confidence in stopping that run if his defense drops back in zone coverage schemes.

“We’re going to continue to attack,” Locksley said. “I mean, we’ve got to play aggressive up front. We’re not a big interior defensive line group, so to sit back and play zone coverage is not how — we’re not going to get beat with teams running the ball.”

On Saturday, the Terps weren’t beaten by an opponent running the ball. The Boilermakers managed 127 yards, an average of 3.4 yards per rush. Purdue hardly needed to hand it off, though, when Plummer could drop back and pass with such effectiveness. He broke a school record with his 80.5 completion percentage and earned Big Ten Offensive Player of the Week honors.

On a fly route in the second quarter, with cornerback Vincent Flythe in man coverage against Milton Wright, the Boilermakers’ wideout burned the redshirt freshman defender, then dodged safety Deon Jones playing a deep zone as part of the 59-yard score.

“We were getting beat with slants, which are fundamental issues that will get cleaned up and will get fixed,” Locksley said. “I think the more experience those guys get, the better they will be.”

But there were rampant issues in zone coverage, too — part of the reason Purdue gained 547 yards on Maryland. When Bell ran an underneath drag route and found room in the Terps’ zone in the third quarter, he broke linebacker Isaiah Davis’ tackle and took a short pass for 22 yards. Bell wiggled away from more tacklers in the fourth quarter despite five red jerseys in the vicinity for a 30-yard gain.

Those are the plays — or the mistakes — that stuck with Locksley during his Tuesday press conference. He said his team missed more tackles than it had in any other game this season. Playing man or zone won’t change that inefficiency.

“It wasn’t like it was a problem with the coverage. It was on us; we made a lot of mistakes that game,” Eley said. “Just our alignments — knowing exactly what our job is and how our job can change — and just back to tackling. Those are the two biggest things, and once we handle those, we’ll be good.”

Much of the Boilermakers’ 547 yards came through the air, similar to Penn State’s 421-yard passing output two weeks earlier. When Maryland gets pressure on quarterbacks — as it did in wins over Howard, Syracuse and Rutgers, combining for 15 sacks — it has greater success against the pass.

That pressure hasn’t been there in losses, managing two sacks in those three defeats. So when Indiana comes to College Park on Saturday, eyes will be on how the secondary deals with Michael Penix’s arm. To hold the Hoosiers at bay, the defense will search for the consistency of previous weeks rather than fall victim to the same miscues that sank them against Purdue.

“We’re going to stick to what we do,” Eley said. “And we’re just going to work on doing it better.”