Throughout the ups and downs of the season, Maryland volleyball leans on training staff 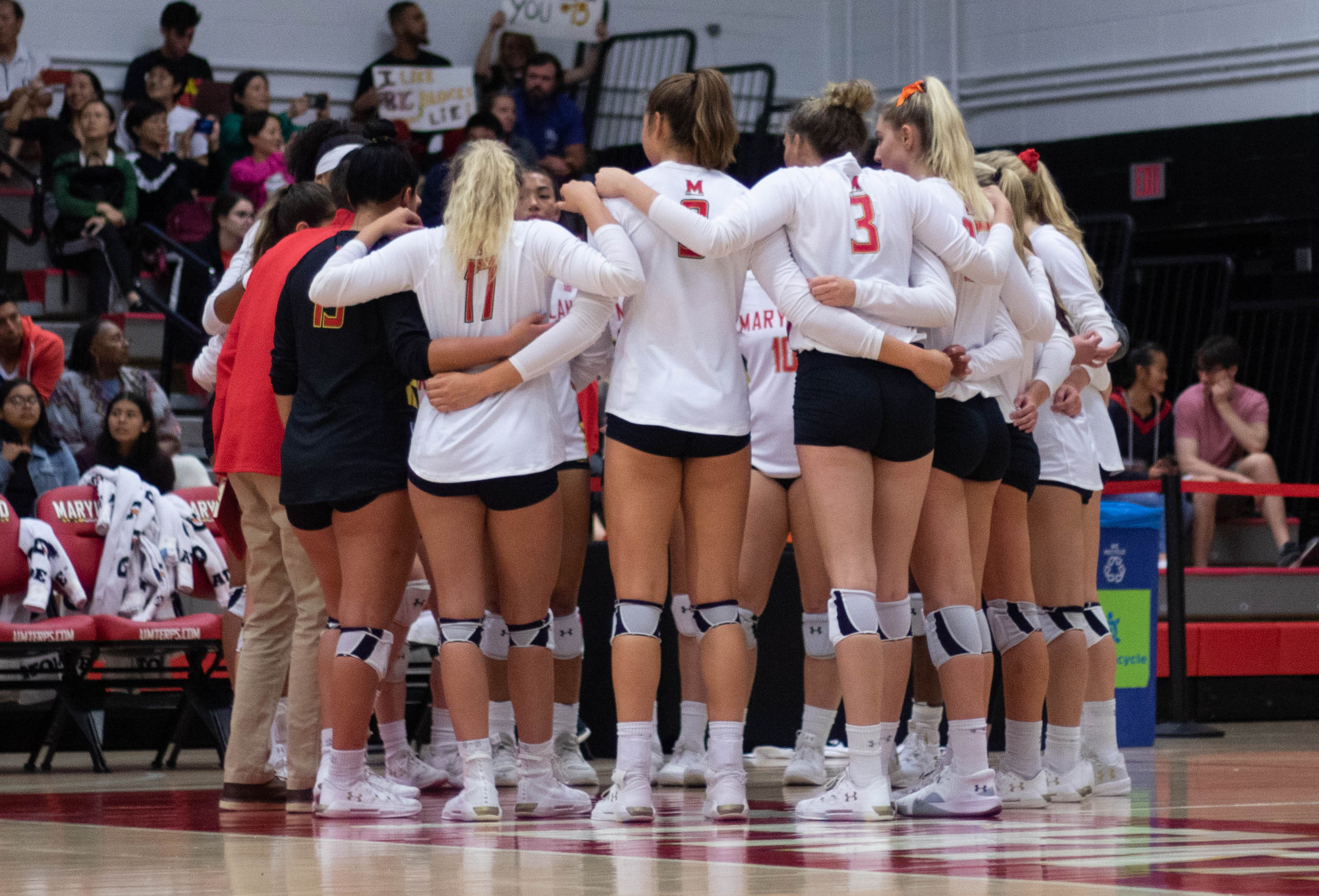 The Maryland volleyball team huddles during its 3-0 loss to Michigan on Oct. 4, 2019 at Xfinity Center Pavilion. (Julia Nikhinson/The Diamondback)

During the nonconference season, as Maryland volleyball played three matches each weekend before Big Ten play, coach Adam Hughes praised the athletic training staff for keeping his players fresh through the initial grind of the season.

Hughes joked that the team wouldn’t be concerned if he was missing for an away match, but panic would ensue if trainer Melissa Pforr was absent. While Pforr’s job is keeping the team physically and mentally healthy, her impact stretches far beyond what transpires on the court.

She worked with the team during its previous two seasons as part of a fellows program, and she was taken on as a full-time athletic trainer in 2019. Since filling the role, Pforr has worked tirelessly to create a healthier environment for the volleyball program.

“My purpose is to empower athletes to grow holistically,” Pforr said. “I like to look at athletes as more than just athletes. I’m going to help them succeed at the highest level they can athletically, but I also like to empower them to be good people on and off the court.”

Pforr uses a daily wellness questionnaire to ensure the players are staying mentally sharp. The questionnaire looks at mental stress and academic stress, factors that don’t always stand out during practice. She and the rest of the volleyball staff use the results of the questionnaire to tailor practice, workouts and treatments for each player, which has helped her create an invaluable connection with the team.

“Melissa is absolutely fantastic,” setter Nicole Alford said. “She’s my volleyball mom for sure, and I’m very very lucky to have an athletic trainer as great as Melissa. She is just very caring and understanding.”

Alford spent extra time in the athletic training office in the preseason when she was sidelined with a foot injury. She credits Pforr as a key reason she was able to return to the team and pick up where she left off after a prolific 2018 season.

“I cannot say enough great things about Melissa,” Alford said. “I definitely would not be back on the court without her.”

Pforr also has the ability to communicate with the coaching staff during practice and during matches. Each player wears a monitor that Pforr uses to track jump counts and an intensity score that considers the amount of energy exerted by a player during a set.

She’s also is in constant communication with Hughes throughout the day. The second-year head coach values the insight that Pforr provides about the players’ health and well-being.

“Melissa is the one who sees the bigger picture and gives us a lot of guidance,” Hughes said. “She’s the one who will give me the green light to keep practicing or tell me to shut it down.”

Pforr incorporates a lot of technology and innovation into her job as an athletic trainer, but for her, it’s not just about training. Her goal is to develop players into not only better athletes, but better people.

“I want to push them to be the best student-athlete they can be,” Pforr said. “I look at all aspects of them as an athlete, but I look at them as people as well.”