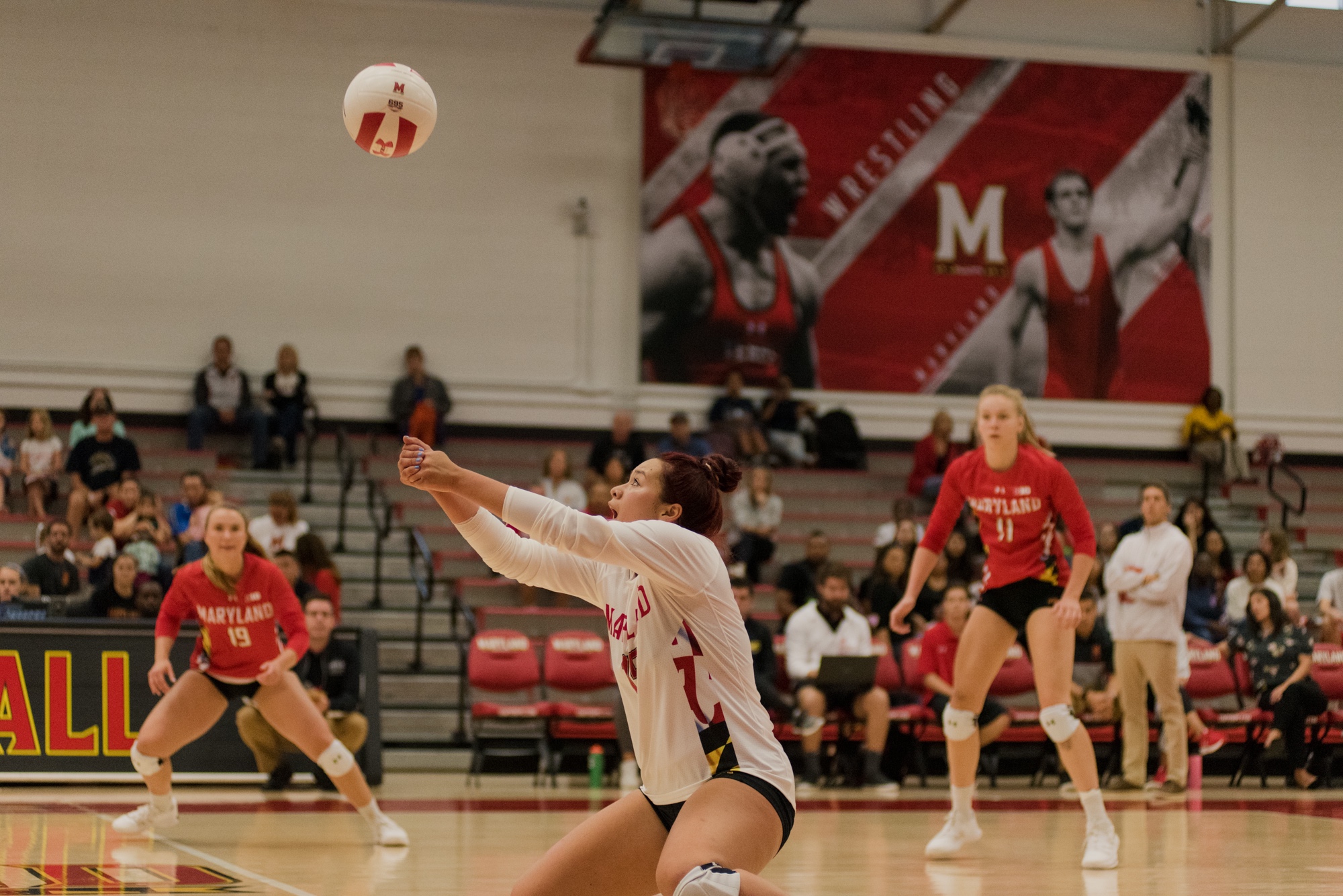 After failing to hold a lead at any point against Michigan State on Sept. 28, Maryland volleyball was promptly run out of the gym in three sets. The loss was its second in as many Big Ten matches, putting early pressure on a Terps squad with NCAA tournament aspirations.

On Saturday night, however, the Terps brought an unforeseen mojo to their rematch against the Spartans.

Maryland came out on fire at Xfinity Pavilion, taking set one by a three-point margin. While coach Adam Hughes’ squad dropped sets two and three, the team remained poised and claimed sets four and five for their first win against Michigan State in program history.

Given Maryland’s evident determination, it would be easy to point out revenge as a key motivator for the win. But the rematch was less about revenge for the Terps, and more about proving to themselves that they can compete with anyone in the Big Ten, even after an 0-3 start in the conference.

“We were at Michigan State last weekend and got smoked,” Hughes said. “I thought it was a really good response from them.”

After last Saturday’s loss, Hughes and his players didn’t dwell on the great play or the gaudy numbers from the Spartans. The Terps were upset and concerned with the errors that they made, prioritizing those inefficiencies in the following practices.

Despite their 3-0 loss at home on Friday against Michigan, Maryland was able to remain focused on handing Michigan State its third loss in 14 matches this season.

“We were obviously upset about our performance and the result [against the Wolverines],” middle blocker Katie Myers said. “So we came out angry and played with a purpose.”

Libero Allegra Rivas proved to be an important part of the Terps’ offense Saturday. Rivas recorded 27 digs this time out, up from 12 in the last match against the Spartans.

“[Rivas] did a really good job seeing the outside hitters well,” Hughes said. “Her quality of digs was good, and we were able to run some offense off of it.”

[Read more: Maryland volleyball hopes 2 home games in a row will get it back on track in the Big Ten]

The match was also the program’s “Dig Pink” night for breast cancer awareness, drawing a larger and more energetic crowd of more than 1,400 fans — the largest crowd Maryland has seen at home this conference season.

“That was the loudest I think I’ve heard it this season,” Myers said. “It was pretty exciting to play in the atmosphere.”

The team will face another challenge in perennial Big Ten powerhouse Penn State on Friday. The Nittany Lions are currently ranked fifth in the AVCA Coaches Poll, and Maryland will get two opportunities at them this conference season.

In order to extend the success they experienced against the Spartans, the Terps know they’ll have to maintain their confidence.

And while it wasn’t about vengeance on Saturday, Maryland’s poise helped it bring home its first Big Ten win of the season, proving to Hughes’ team that it can hold its own in a conference that boasts six teams in the top 25.

“I’m sure the girls think a little bit sometimes about revenge,” Hughes said. “I think it was more just proving to ourselves that we’re better than how we played last week. I’m glad we showed up tonight.”