Maryland football v. Purdue: How to watch and what to watch for 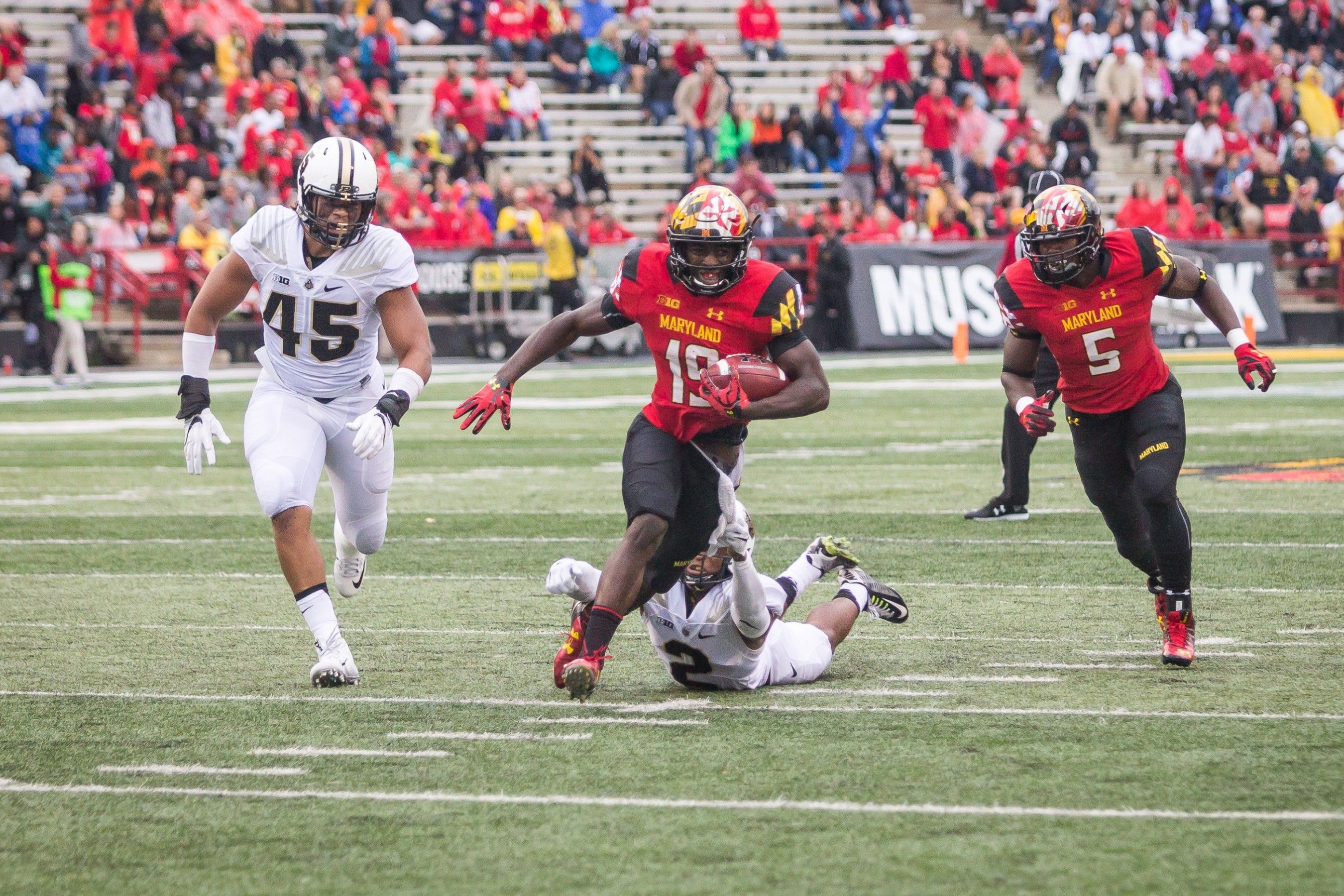 With Josh Jackson suffering a high ankle sprain in the final seconds of the first half in the victory over Rutgers, Tyrrell Pigrome is getting the start going into Maryland’s second conference road test. It’s a small sample size, but Pigrome was efficient against Rutgers, going 13/18 for 111 passing yards, and should be a more than a suitable substitute for Jackson against the Boilermakers.

The Terps have weathered the storm so far this season, but against good defenses in Temple and Penn State, the offensive line has crumbled. They allowed four sacks in each game, as well as 18 total tackles for a combined loss of 82 yards. In Maryland’s three wins, the O-line has allowed just three total sacks and 18 tackles for a combined loss of 44 yards. Maryland generates offense best when the running game is strong, and the success of the O-line will contribute to whether or not Maryland will be able to run the ball well on Saturday.

Keandre Jones is the unquestionable leader of the linebackers for Maryland and it has shown with his play on the field, registering a team-leading seven tackles for loss and 4.5 sacks. Jones is third on the team with 28 total tackles, but his leadership will be needed against the Boilermakers on Saturday. Four of Maryland’s leading tacklers are linebackers, including the team leader Eley Ayinde with 35 total tackles this season. It can’t be understated how much of a crucial game this is for Maryland and a good showing from the linebackers on Saturday will position them well.

Three things to watch for Purdue

Moore had a historic freshman season with Purdue, winning Big Ten Freshman of the Year, receiving All-American and Big Ten All-First Team honors and winning the Paul Hornung Award. Coming into this season, big things were expected of Moore. That came to a halt in Purdue’s loss to Minnesota two weeks ago, where he and QB Elijah Sindelar were injured on the same play. While Moore is scheduled to return later this season, it’s unknown whether he will be healthy against the Terps.

2. Can Jack Plummer fill in for Elijah Sindelar?

Sindelar suffered a broken clavicle in the Minnesota loss two weeks ago, so Maryland will now defend against redshirt freshman Jack Plummer, who is 49/97 with 545 passing yards, four touchdowns and four interceptions on the season. He doesn’t have the experience of Sindelar and his accuracy has been questionable through three games. Plummer is a serviceable backup, but can he provide the spark Purdue needs to snap a three-game losing streak?

Purdue’s offense is banged up coming into Saturday’s matchup against Maryland, so they are coming in at a disadvantage. The Boilermakers’ defense hasn’t been great, allowing 33 points per game and 452.8 total yards of offense per game, the second-worst and worst in the conference, respectively. The way Purdue makes Saturday’s game competitive is through their defense. It’s been a rough season for the Boilermakers so far, but a few good performances can boost the confidence of the team moving forward.