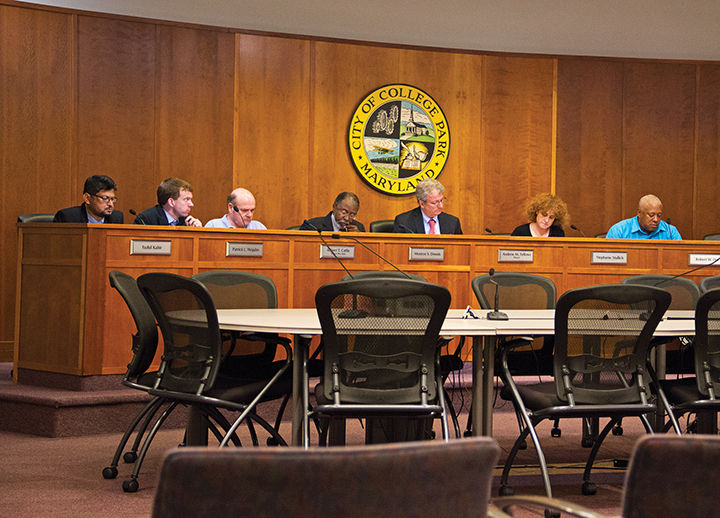 Around this time last year, the push to get students to vote was in full force. Yet this fall, the fliers, buttons and volunteers equipped with clipboards seem to have disappeared, which may come as a relief to some. Still, for those who are concerned about what the College Park City Council has been up to recently, this may be a more important time to vote than the lack of publicity would make it seem. Some of the council’s recent actions have deeply frustrated members of the community, and they demonstrate a disparity between the council’s interests and the interests of city residents. That disparity could be fixed by a more representative pool of voters this November.

Perhaps the most notable instance of recent backlash against the council was in response to the new nuisance ordinance banning “unruly social gatherings.” Despite a widely circulated petition and many residents — both students and otherwise —  urging the council not to pass the ordinance at a meeting last month, it did so unanimously. Students and landlords, who are held accountable for their residents’ noise levels, also objected to the ordinance. The fact that every single member of the council refused to listen to both student and non-student residents’ pleas is alarming. It not only shows the difference in priorities between the council and its constituency, but the council’s willingness to ignore residents in general.

The ordinance isn’t the only case of the council’s interests contrasting the community’s. College Park residents recently took issue with plans to replace the grass in Duvall Field with artificial turf — so many, in fact, that the council has put installation plans on hold. Some took issue for athletes who could be subjected to higher temperatures with the turf installation, while others worried it would have unwanted environmental consequences. In the wake of new awareness surrounding athletic safety and environmental efforts at the University of Maryland, the decision to turf Duvall Field seems contradictory to many causes students and city residents are passionate about. Although the council did listen to the community in pausing its plans for the park, the original proposal demonstrates another misunderstanding between the council and the citizens it represents.

Considering only a little more than 14 percent of registered voters in College Park voted in the last council election in 2017, this disparity in interests isn’t surprising. The current council members may not be representative of everyone’s values, considering how low voter turnout was. If students and residents want their opinions on initiatives such as these to be represented, voting next month is one way that can’t be ignored.

Voting in the upcoming local election isn’t only a way to show approval or disapproval of past legislation — it’s also a great way to ensure that officials pay attention to initiatives citizens care about in the future. One example is the new push to reverse the countywide ban on pit bull terriers, which is set to come up before November but could be a long-term project that extends past the election. Voting for, or against, council members such as Kate Kennedy from District 1 — who has already expressed support for reversing the ban — could affect this initiative moving forward, and make sure any new legislation represents what the city really values.

Despite the lack of reminders to vote this fall, the upcoming election is important. Gathering information on who to vote for isn’t difficult — plenty of information about each candidate is online, as well as council records and videos of past meetings. City council might seem like a small office to set aside time to vote for in between classes or work, but members’ decisions impact our day-to-day lives as College Park residents and university students. After all, the council exists to represent the residents of this town and our interests — the easiest way to ensure they can do that job is to vote in the appropriate candidates.