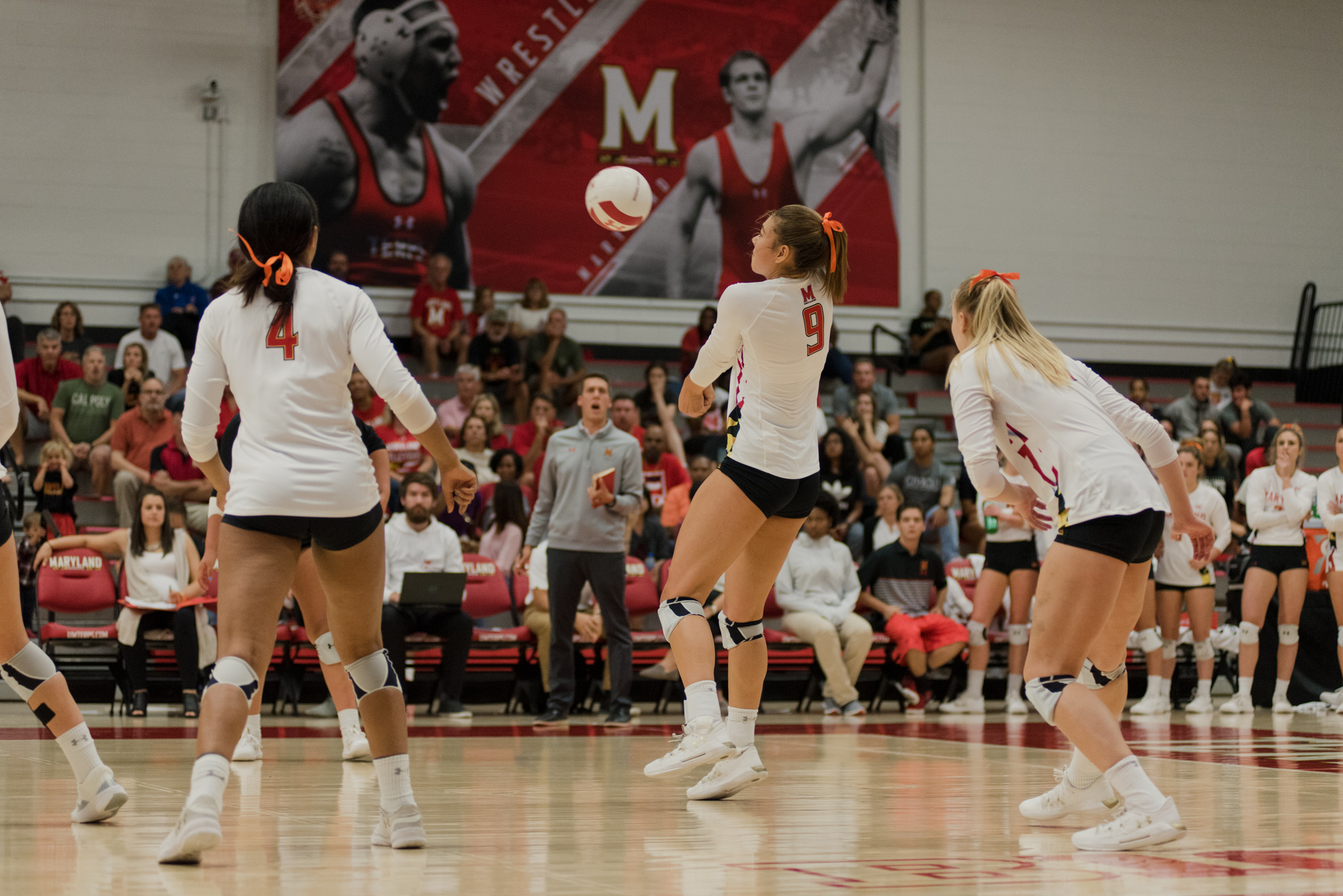 After Wednesday’s loss against Ohio State, Maryland volleyball coach Adam Hughes said his team needed to prevent long runs from its opponents. But against Michigan State on Saturday, the same issues resurfaced.

The Spartans began with five straight points and tallied on four more following a kill from middle blocker Katie Myers, a 9-1 run to open the match to dig the Terps in a hole.

And Maryland fell behind early in subsequent sets as well, compounding into a straight-sets defeat (17-25, 18-25, 19-25) to Michigan State. In a match of streaks, most of them went the Spartans’ way, dooming the Terps to their second Big Ten defeat in as many tries.

“I thought we got off to a really tough start,” Hughes said. “We tried to find a way a few times, but we just didn’t have it tonight.”

Dating back Wednesday’s match against the Buckeyes, Maryland has lost the past five sets. In the first frame Saturday, a slow start was too much to overcome, especially with Michigan State firing at .324 in the frame compared to a .053 mark from the vistors.

While the Terps matched the Spartans’ initial 5-0 run to open the second set with four consecutive points of their own, they faltered down the stretch and hit just .040 with eight kills in the frame. Maryland dropped that set, 25-18.

Throughout the match, Maryland couldn’t connect on its touches. Hughes’ squad finished the match with an unsightly hitting percentage of .087, and outside hitter Emma Schriner hit the highest at .300.

Hitting percentage wasn’t an issue for the Spartans in sets one and two, however. Despite hitting .069 in the second frame, they finished at .242. And Michigan State’s two leaders in kills, middle blockers Rebecka Poljan and Naya Gros, hit .533 and .412, respectively.

“We didn’t handle the first touch very well, and it kind of played into their hands,” Hughes said. “That’s not what we were hoping for.”

The third set began with a block from Michigan State, and the team wouldn’t let the Terps back in it from there. Maryland pulled within a point on five occasions, but the lead was never secured.

The Terps never led in the match, and Michigan State took the victory with ease, 3-0. The loss marks Maryland volleyball’s first 0-2 start in the Big Ten since 2016.

“We need to be more consistent with ourselves,” Hughes said.