Maryland volleyball knows Erika Pritchard will rebound from her struggles vs. Ohio State 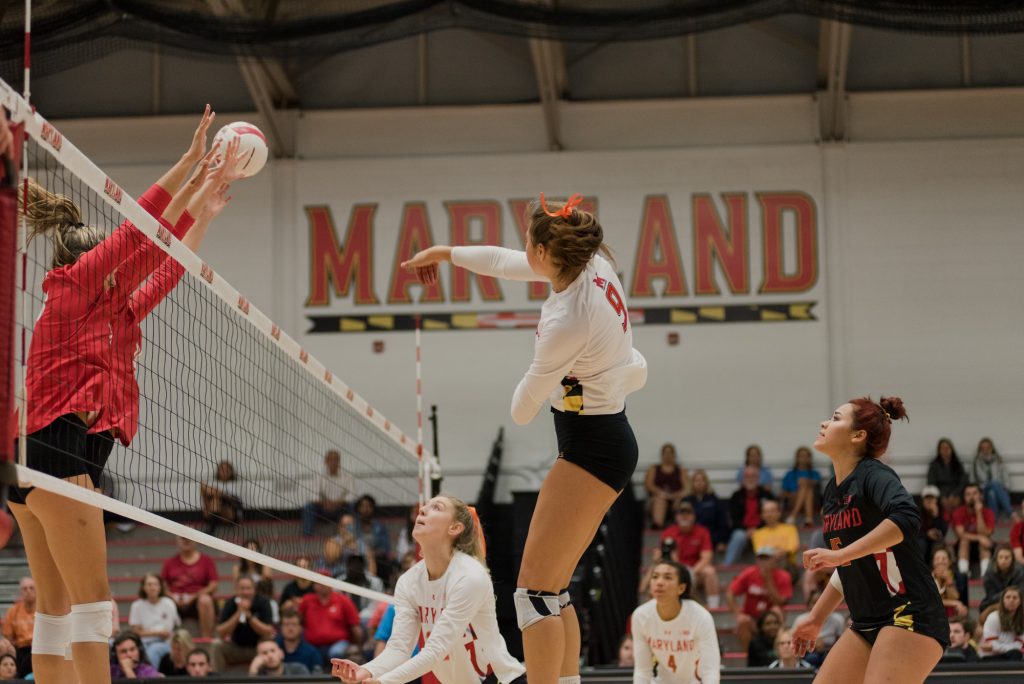 In Maryland volleyball’s Wednesday night match against Ohio State, outside hitter Erika Pritchard didn’t record her eighth kill until the Terps’ 18th point in the fourth set. It would prove to be her final putaway of the match, marking the first time all season she’d posted single-digit kills in a game that spanned at least four sets.

Pritchard has been Maryland’s most notable player the past two seasons. This year, she received preseason All-Big Ten honors, and she entered Wednesday night’s match as the Big Ten leader in kills, with 184.

But on a night where many of the Terps didn’t play up to their standards, Pritchard’s performance stood out as unusually subpar.

“The team was waiting for her to step up into a more dominant role,” coach Adam Hughes said. ”She’ll continue to have those opportunities, but tonight wasn’t her night.”

Only one other player on the court Wednesday who ranked top five in the Big Ten in kills at the time: Ohio State outside hitter Mia Grunze. Grunze, though, took a back-seat to middle blocker Elle Sandbothe, who finished with a .611 hitting percentage. However, Grunze still topped Pritchard in kills with nine for the match.

Because of her strong performances in 2018 and early on in 2019, Maryland flung Pritchard into the spotlight, with kill-heavy performances expected out of her on a game-by-game basis as Big Ten play commenced.

Though impressive nonconference efforts from outside hitter Rebekah Rath and middle blocker Katie Myers deflected some of the attention away from Pritchard, expectations for her remain high.

And a televised match against the Buckeyes only brought more pressure.

“Being on TV is definitely an added pressure for everyone,” Hughes said. “I think a lot of people are focusing on her [Pritchard], and she’s got a tall task.”

[Read more: Maryland volleyball is preparing for the grind of Big Ten play]

Pritchard is one of three captains for the Terps this season along with Myers and setter Nicole Alford. The trio has taken on a leadership role, picking up some of the responsibility of getting their teammates acclimated while also working to improve their own play.

That challenge continues Saturday against Michigan State, a team Pritchard found success against in 2018 with a game-high 24 kills despite a five-set loss.

So despite her rough performance Wednesday, Pritchard’s teammates remain confident in her ability to lead on the court and stuff the stat sheet going forward with plenty of Big Ten matches left to play.

“We have so many more practices where we can get better,” Myers said. “As long as we just keep up the communication, I think we’ll be good.”