Construction at UMD is displacing trees, but more will be replanted 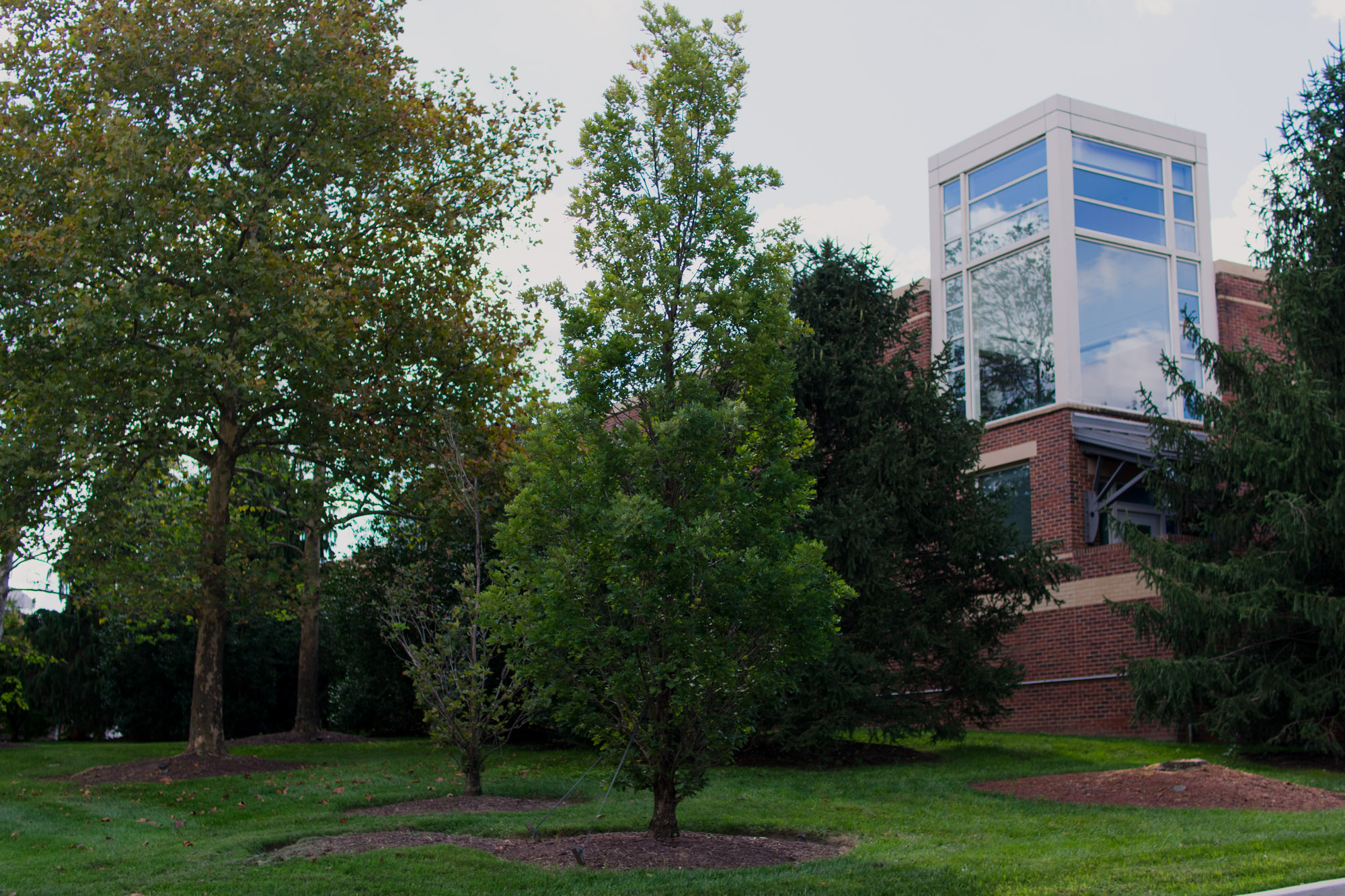 There’s a tall tree by the Clarice Smith Performing Arts Center, and it might look a little bit familiar — after a stint on Campus Drive, it has a new home on North Campus.

As construction for the Purple Line and new dorms on the University of Maryland’s campus progresses, about 125 trees have been chopped down, and others relocated, to make room. But about 225 newly-planted trees will be popping up around the campus this year, said Karen Petroff, this university’s assistant director of arboretum and horticultural services.

This number compensates for all of the trees that were chopped down due to construction and other causes. It also adds 100 more trees — a step that Petroff said is indicative of the university’s commitment to its Climate Action Plan, its roadmap to reduce and ultimately neutralize its carbon emissions.

“What we always try and do is try and add something that, in every neighborhood, people will go ‘Wow,’” Petroff said. “You know, that little moment of joy.”

When choosing a location for a new tree, Petroff considers an area’s utility plan, soil moisture and the distance between trees, among other factors. Planting trees too close together may encourage hammocking among students, she said, which can damage the trees. She said tailgates, too, are part of the “natural rhythm” of campus that can damage trees.

When considering the right species to plant, Petroff said she looks for trees that are resilient in warmer temperatures and promote biodiversity.

Along Campus Drive, for example, Petroff said she chose to replace the collection of pine oaks and red oaks with trees that were less likely to be infected by the bacteria that had plagued the originals.

“[We’re] really making sure that we’re diversifying campuswide,” she said.

Richard Jones, the campus arborist, said the goal is to have 40 percent of the campus shaded by trees. Right now, though, it’s only about 23 percent covered.

One of the ways that Jones tries to increase that percentage is by expanding the riparian buffer — shady, vegetated areas that run along waterways. The buffer on this campus runs along Campus Creek, and expanding it can help build up the tree canopy.

“Each year, we sit down and we analyze using GIS information how much is under canopy coverage,” Jones said. “We use that to drive a lot of our decisions.”

Areas without a tree canopy might fall victim to the heat island effect, which refers to an area that is significantly warmer than its surroundings because of a lack of shade.

“Trees take time to grow, and I think that’s an important lesson for everyone, as well,” Petroff said. “In terms of heat islands, trees have a tremendous capacity to interrupt that.”

Adelia Kamenetskiy, a junior psychology major, said she’s seen the construction go up and the trees go down during her time on campus. She doesn’t approve of cutting down trees, she said, adding that many students like to sit under them between classes, and the shady spaces they search for are becoming harder to find.

“I really like Mother Nature, and the environment,” she said, “and that’s upsetting.”