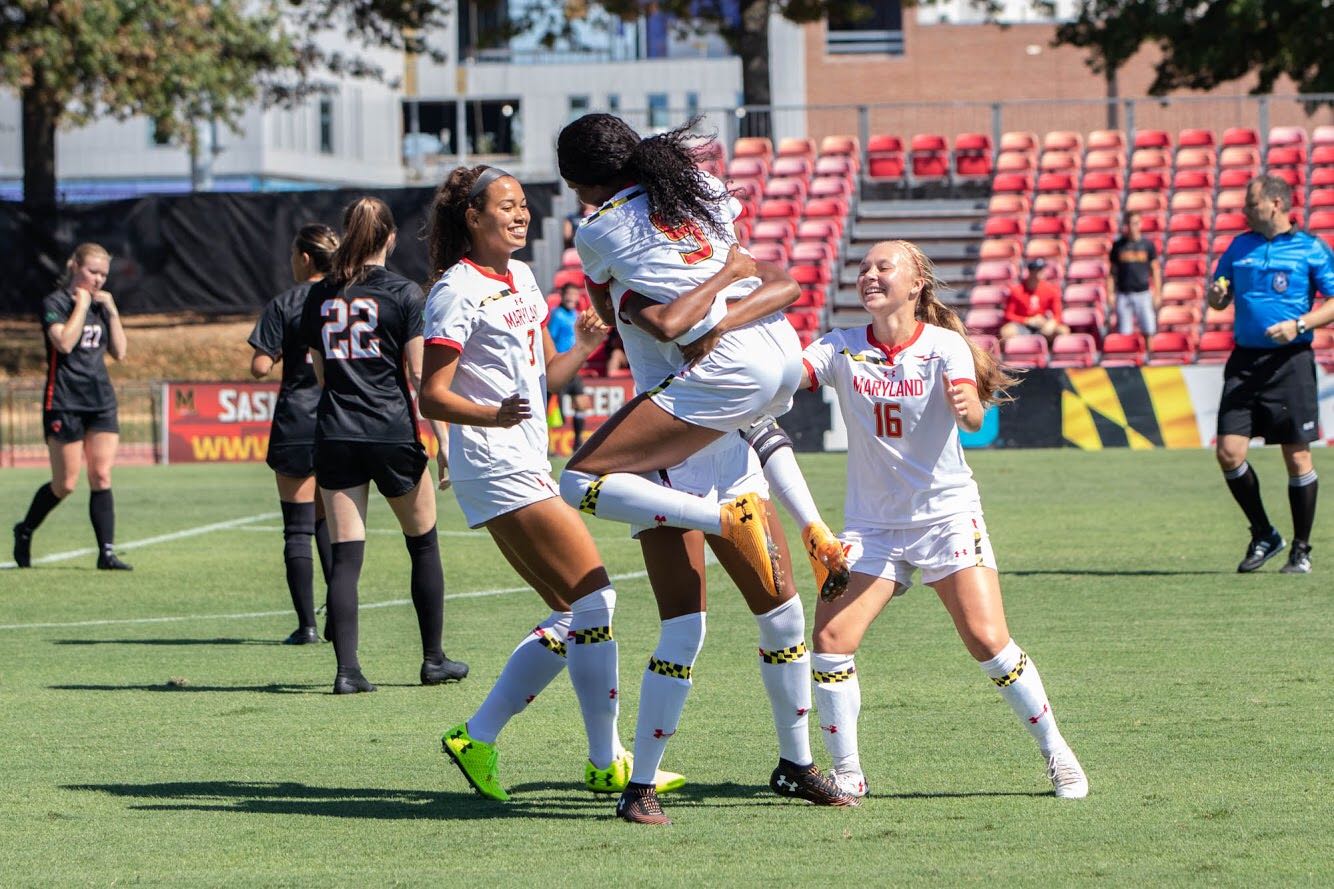 Nearly 13 months elapsed between Jlon Flippens’ ACL injury and her return to game action for the Maryland women’s soccer team.

In that time, the senior meticulously worked her way back to full strength. And as soon as she was cleared to play, Flippens found herself in the starting lineup, making the most of her time on the pitch.

In her season debut Sunday, Flippens notched two assists in just 41 minutes of playing time during the Terps 3-0 upset of Princeton.

And while she looked polished in her debut, proving she was ready for her return to competitive play and to help Maryland in the upcoming Big Ten slate, Flippens’ path back to the starting lineup was all but easy.

“It wasn’t a smooth sailing type of recovery,” Flippens said. “I had my bumps and bruises.”

Flippens was injured early in the 2018 season, playing only the opening two matchups before her season was shut down. She looked to be a consistent starter until her injury, having started 13 games in her sophomore year and all 19 as a freshman.

A few months after her surgery, she was struggling to adapt to her temporary lifestyle without soccer. It wasn’t until the latter stages of her recovery when she really began feeling positive about her return.

“It’s such a difficult thing,” coach Ray Leone said. “When you’ve played soccer your whole life, to have it taken away from you for an entire year plus, it’s a real, real challenge. I’m happy she came out on the other side and had the joy put back into her, the joy of soccer.”

Flippens comes back to the team at a time when they may need her the most. After losing midfielder Niven Hegeman to an ACL injury of her own in the second game of the year, the midfield role has sat in a state of fluctuation. Eight different players have found their way onto the team sheet in the midfield this year, and while the Terps have experimented in their lineup, having Flippens’ presence seems to make a difference.

“She didn’t have it the easiest with her injury,” defender Julia New said. “Everyone has that down moment, but to see her just keep building and getting stronger every single day. … We knew big things were going to happen when Jlon was fully back. So being able to see her out there, I think it almost brought all of us to tears.”

With the two assists she tallied on Sunday, Flippens is already halfway to her season-best. She linked up with forward Alyssa Poarch on her first assist off a long through ball, putting Poarch into space to slot away the opening goal of the contest.

Flippens found her second assist on a header that took an unprecedented bounce over the heads of two Princeton defenders. Forward Emily McNesby was able to get on the end of it, solidifying Maryland’s victory and an impressive debut for Flippens.

“Going into it I was definitely nervous,” Flippens said. “But not bad nervous, more butterflies and excitement. My goal was to complete the first pass and relax. The first success definitely gave me the motivation and the confidence to keep pushing even if I was tired or not.”

Going into her last year, she has taken on a key leadership role despite her injury. And though the road back has been rocky, Flippens’ performance Sunday was emblematic of both her skill and the example she hopes to provide to her teammates.

“My number one thing was always, no matter what, to be a leader on the sideline,” Flippens said. “To lead by example that something like this shouldn’t hinder me from being a good teammate.”