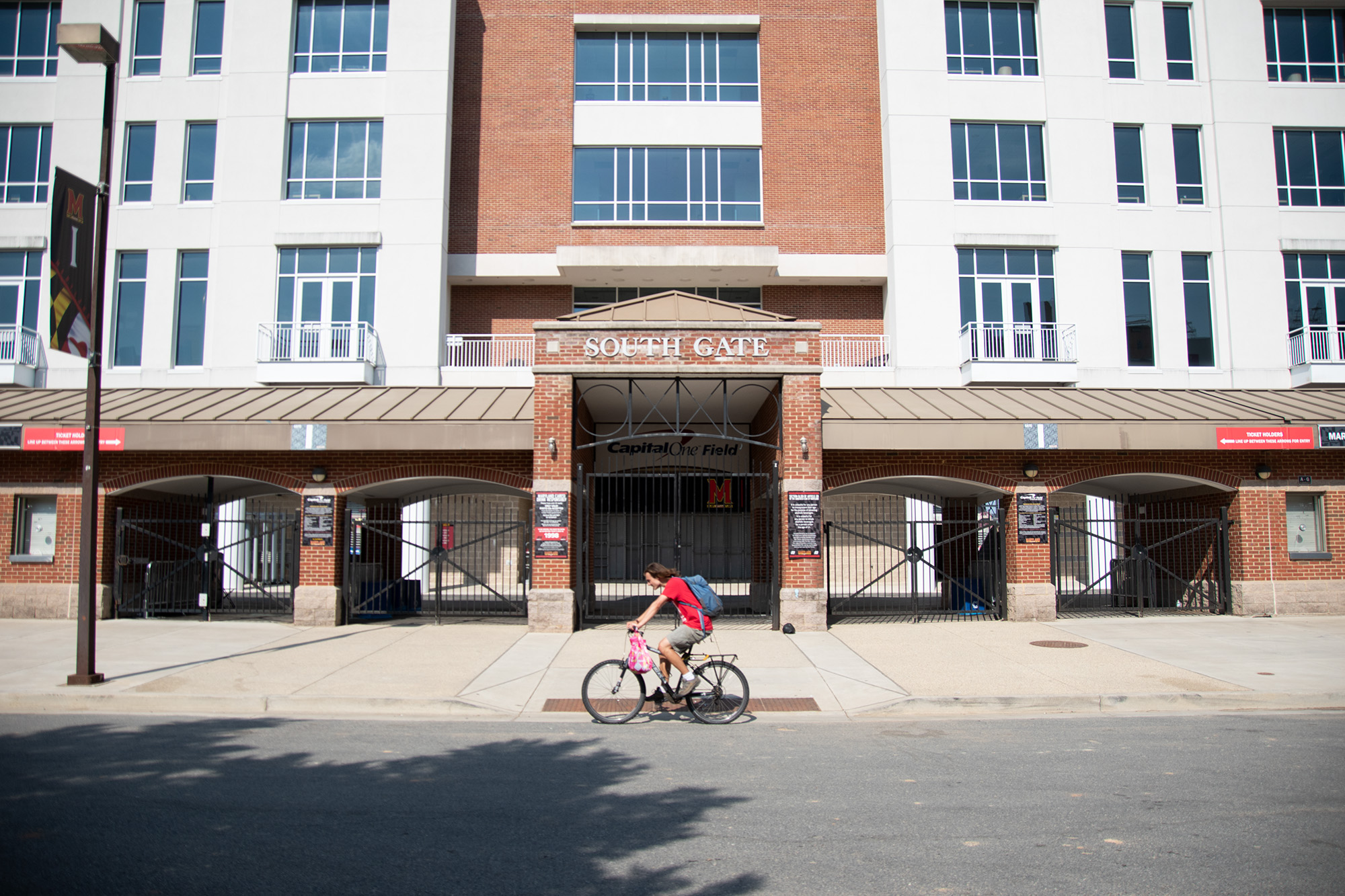 The University of Maryland Police Department is ramping up security measures to prepare for the massive crowds expected to descend on the campus for the Friday night football game against Penn State University.

More than 50,000 fans are expected to gather at Maryland Stadium on Sept. 27 to watch the Terrapins take on the Nittany Lions. Over 14,000 students requested tickets for the game — the largest amount of requests in the history of Maryland football, according to athletic director Damon Evans.

But Deputy Chief David Lloyd said University Police are ready for all the challenges the crowd may bring.

“In a situation like this where we’re expecting a sellout, and there’s a lot of student interest, we’re doing our best to make sure it’s a safe experience,” he said. “And hopefully we’ll get a win.”

At the typical home football game, Lloyd says safety protocol normally includes the clear bag policy and an examination of each patron with handheld metal detectors before allowing to enter.

While these measures will still be present at the upcoming game, Lloyd said the department is also coordinating with other local police departments and agencies to dispatch more officers than usual to patrol both on and off campus.

To make sure everything goes smoothly on game day, Lloyd said the department is looking back to how things were handled at the last time a game was scheduled on campus for a weeknight — 2011.

“I wouldn’t say we are concerned,” Lloyd said of the enormous crowd prediction, “We are aware of the circumstances.”

The university is also preparing for possible traffic jams. Since the game will start at 8 p.m., Lloyd said rush hour from the Washington, D.C. area could intersect with game day traffic.

This shakeup in the typical schedule for Friday classes creates even more hype for the game for Shawn Atmar, a junior finance major.

“I think it’s going to be the first time we beat Penn State in a very long time,” Atmar said.

To accommodate the student ticket overflow, Evans also said that temporary bleachers will be added to the concourse level behind the student section.

Laine Napoli, a freshman journalism major, said she has relatives visiting from New Jersey for the game.

“In my family, there’s a big Penn State versus everyone rivalry,” she said. “I am really excited!”