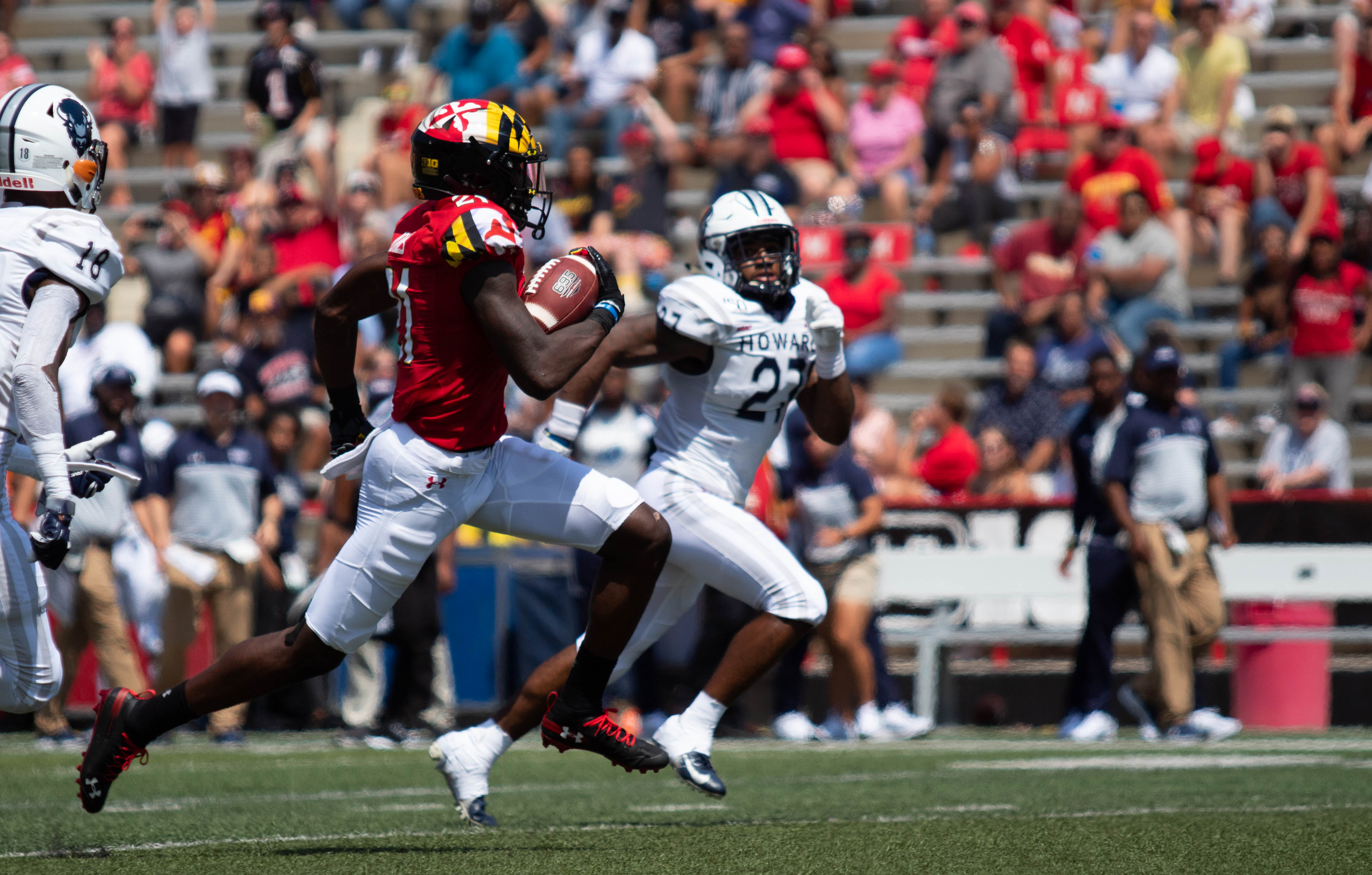 Wide receiver Darryl Jones runs with the ball in Maryland football's 79-0 win over Howard on Aug. 31, 2019 at Maryland Stadium. (Julia Nikhinson / The Diamondback)

After a 63-20 battering of then-No. 21 Syracuse, the Maryland Terrapins have caught the attention of the country. The Terrapins entered the AP Top 25 for the first time since 2013 and have people at ESPN thinking they’ll go bowling after a two year absence.

Both Kyle Bonagura and Mark Schlabach expect Mike Locksley to lead Maryland to an appearance in the Redbox Bowl in Santa Clara, California. The Redbox Bowl is the new name of the Foster Farms Bowl, where Maryland lost to Stanford 45-21 in 2014.

Schlabach expects Maryland to take on reigning Pac-12 champion Washington, who have failed to live up to their preseason No. 13 ranking after losing 20-19 Saturday against Cal. The two teams have only met once before, with the Huskies edging out the Terrapins 21-20 in the 1982 Aloha Bowl.

Bonagura, on the other hand, thinks the Terrapins will take on the USC Trojans, who also took down a ranked opponent this past weekend, beating No. 23 Stanford 45-20. That win launched the Trojans into the AP Top 25 as well, checking in at No. 24. If this prediction were to come to fruition, it would be the first-ever meeting between the two programs.