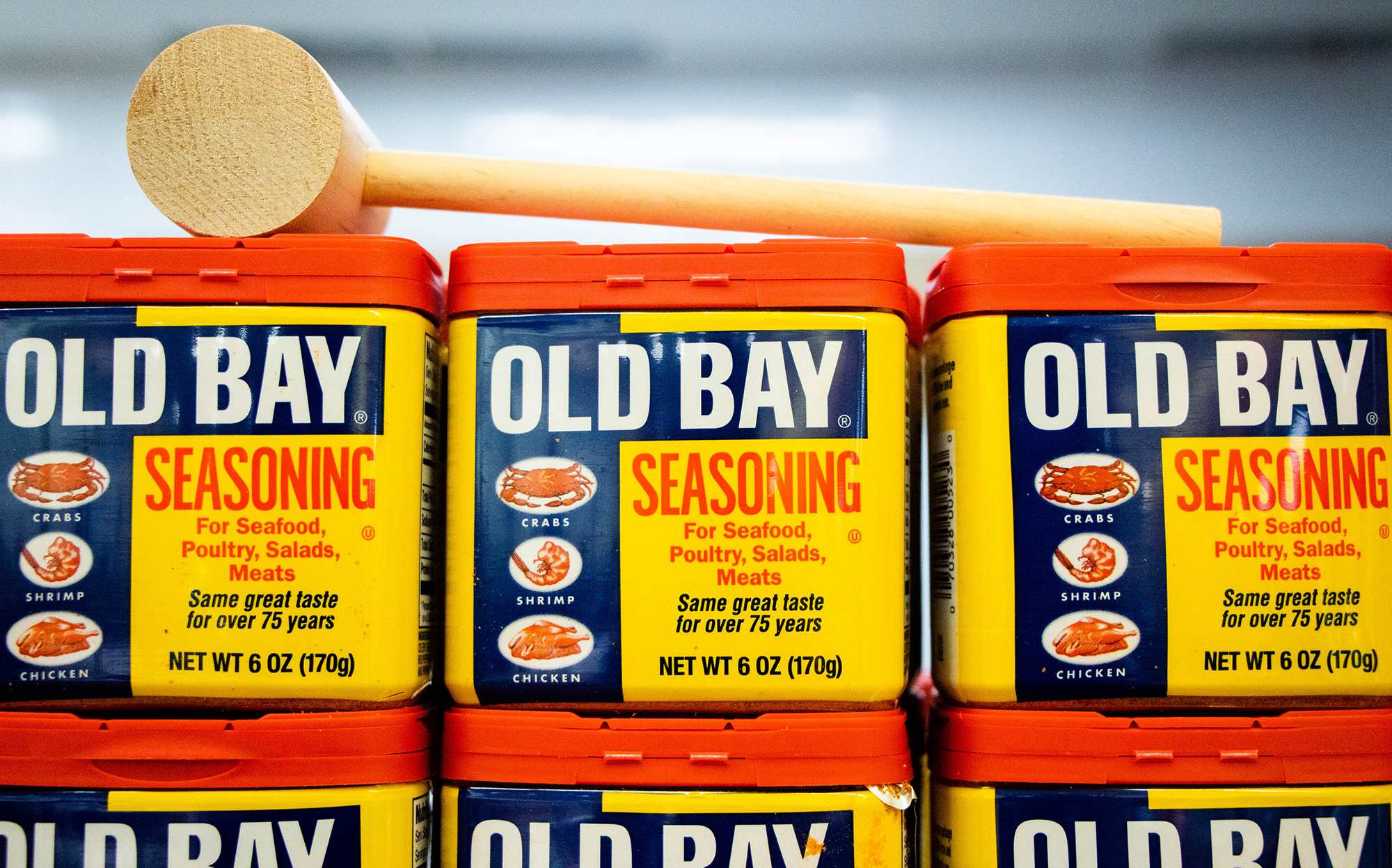 Every year, the University of Maryland sends all incoming freshman Old Bay seasoning, a crab mallet and a bib. (Julia Nikhinson/The Diamondback)

Sophomore Conover Cox remembers getting his Maryland-inspired welcome box in the mail the summer before his freshman year.

The Texas native was pleasantly surprised to find a container of Old Bay, a crab mallet and a stylized bib inside. Cox, a public policy major, said the box made him feel like his acceptance to the University of Maryland was “real.”

“I opened it and was like ‘Wow, that’s so cool,” Cox said. “Like what university does that, you know? What university owns it own culture?”

The boxes have been shipped to every incoming freshman since 2007, said Dining Services spokesperson Bart Hipple. Despite the project’s many redesigns, Hipple said each iteration has served the same purpose: to welcome and inform.

The university spent about $41,700 to procure, assemble and distribute the boxes this year, Hipple said. Though Cox was struck by their uniqueness, Hipple said the idea was actually inspired by similar programs at other universities.

“We thought ‘Wow, that’s really eye catching, that’s really a great thing and a great idea,” Hipple said. “We brought it back to campus here, and mulled it over for I think a year and a half, and redesigned it to make it more ‘Maryland.’”

For more than 10 years, the welcome boxes have contained a crab mallet, Old Bay seasoning, a 24-page Dining Services brochure and a flyer with information about allergies, intolerances and other dietary restrictions.

This year, the plastic bib provided in previous years was replaced with a sheet of reusable stickers, a change Hipple said was made to match the university’s environmentally-conscious message.

Printing the materials for the flyers and assembling the boxes themselves constituted the most expensive part of the project — coming in at $19,500 — while shipping alone cost over $9,000. The department gets a good price on the Old Bay due to a contract with spice manufacturer McCormick & Company, Hipple said.

In the 13 years since its introduction, the welcome box has been redesigned several times. The first box didn’t have a mallet or a bib — instead, it contained a turtle-shaped cookie cutter, a bottle of red decorating sugar and a metal tin of Old Bay.

Along with the new sticker sheet, the 2019 box gave students a new way to inform Dining Services of their allergies. In previous years, families had to fill out an allergy postcard provided in the box and mail it back to the university — but this year saw the introduction of an online form that streamlined the allergy reporting process, Hipple said.

Freshman Sivani Sundaram said she found both the brochure and the allergy flyer useful. However, the microbiology major — who is also a vegetarian — was “confused” as to what she was supposed to do with the mallet.

Hipple said he receives mostly positive feedback from both the incoming freshmen who get the boxes and their families.

“We’re very proud of [the box], it has become a keystone feature of our annual outreach to students,” Hipple said. “It changes the attitude of students before they come to campus, and that’s really what we want to do.”

This story’s headline has been updated. 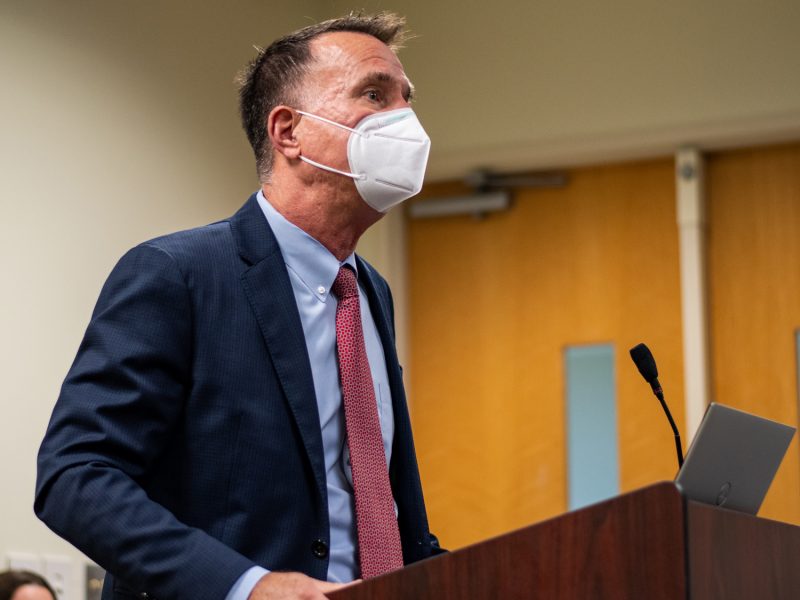