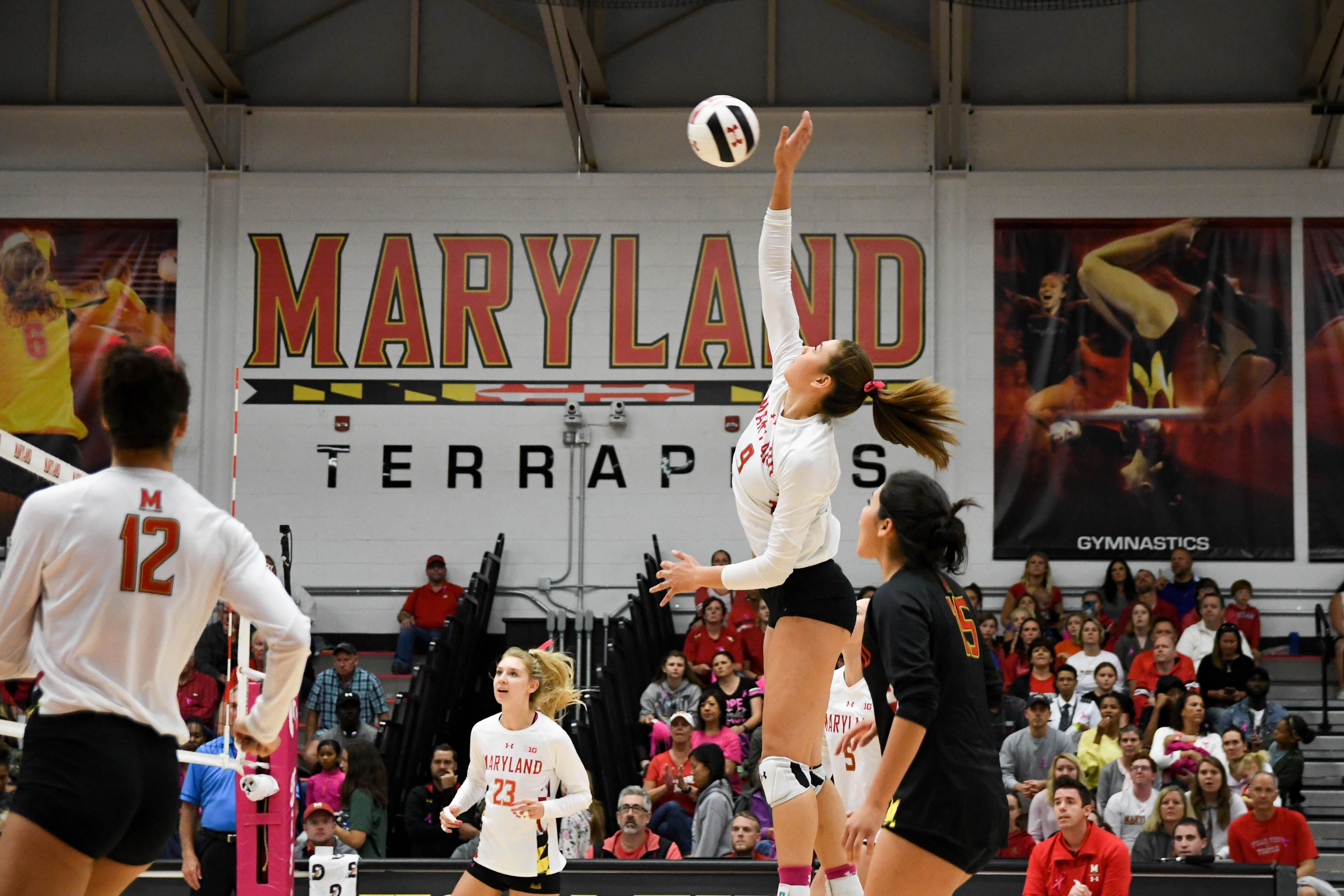 After Maryland volleyball swept its doubleheader at the Wolfpack Invitational in Raleigh, North Carolina, coach Adam Hughes preached consistency to his team.

Maintaining a high level of play throughout the game has been a point of emphasis for Hughes. On Saturday, the Terps stayed true to that in their first meaningful time on the court in 2019.

Maryland’s doubleheader began with a 3-0 sweep of Austin Peay, which hit just .122 in the one-sided affair. Three and a half hours later, the Terps had to take the floor yet again against a 2-1 Kansas State squad. Maryland, led by outside hitter Erika Pritchard, pulled out a hard-fought victory in the fifth set.

While the Terps couldn’t translate the 3-0 sweep of Austin Peay to a clean win over Kansas State, they remained true to their gameplan: Stick with what works. In their first weekend of the season, that came in the form of Pritchard, who more than doubled her kills from the first match to the second.

“We just want to create good habits,” Pritchard said, “and we started to do that today.”

On Sunday, head coaches from the tournament organizers named Pritchard co-MVP of the tournament, and middle blockers Katie Myers and Rainelle Jones were named to the all-tournament team. The early season awards keep coming for Pritchard, who was honored as Maryland volleyball’s first All-Big Ten preseason honoree last week.

“She’s unreal,” setter Samantha Snyder said. “She definitely deserves all of the accolades she gets.”

Myers and Jones combined for 17 kills of their own against Kansas State, both boasting a hitting percentage greater than or equal to .400. But much of the offense ran through Pritchard, whose 25 kills against Kansas State were the second most she’s notched in a game in her college career.

[Read more: With an experienced core, Maryland volleyball is focused on making the NCAA tournament]

She led the team in 2018, too, posting nearly 200 more kills than the next highest player. Continuing that efficiency from one year to the next starts at the top with Hughes.

“Coach keeps saying that we are a process-driven team,” Pritchard said. ”I just want to keep learning and apply the advice my coaches give me.”

With a match Monday against Howard, which began its season by going 1-2 in the DC Challenge on Friday and Saturday, consistency will remain the focus. And after coming ever so close to an NCAA tournament berth in each of the past two years, Hughes and his squad hope the impressive start to the 2019 campaign will give way to a postseason appearance.

“Last [year in nonconference play], we were 0-3 in five-gamers,” Hughes said. “So it’s nice to start out differently.”