With an experienced core, Maryland volleyball is focused on making the NCAA tournament 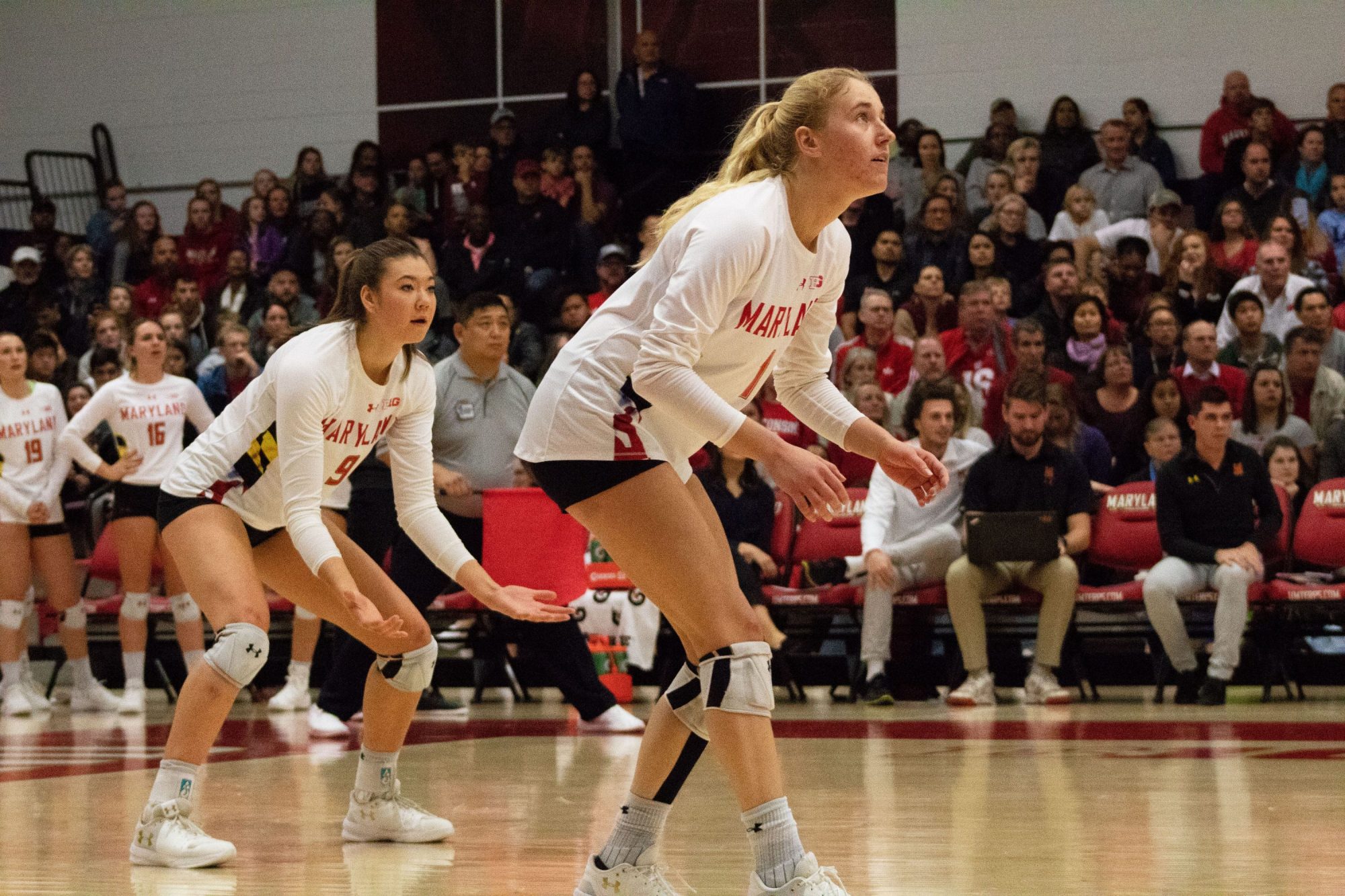 With NCAA tournament hopes on the line, the Maryland volleyball team was well aware of the implications surrounding its final regular-season match of the 2018 season.

It would prove to be a must-win game for the Terps. But then-No. 6 Nebraska refused to take its foot off the gas. Maryland was swept handily in straight sets, and although the squad remained on the tournament bubble, the defeat ultimately marked the season’s end.

But as painful as the conclusion of the 2018 campaign was, Maryland’s slate is now clean.

Despite two straight seasons of being a “first four out” team, the Terps begin the 2019 season with higher expectations, as coach Adam Hughes looks to turn around his squad’s misfortunes in his second year at the helm.

“We’re trying to make the tournament,” Hughes said. “That’s been a stated goal for us since I got here.”

The path to get there will not be an easy one, as Maryland will be playing in four invitationals before the Big Ten conference slate. Among its scheduled opponents are Princeton, which compiled a 19-6 record in 2018, and South Carolina, which received votes in the preseason AVCA coaches poll.

“This year we’re playing a tougher preseason schedule than we did last year,” Hughes said. “It’s a good mix of some Power Five schools as well as some mid-majors.”

Once Big Ten games get underway, the challenge intensifies for the Terps. The conference features seven ranked teams ranked and five in the top 10. A year ago, the Terps went 1-9 against ranked opponents in conference play.

Still, Maryland managed a program-best 9-11 record in the Big Ten last year — something Hughes hopes will carry over into 2019 as his team continues to adjust to competing in one of the country’s most challenging conferences.

“Now that we’ve been in the conference for five years,” Hughes said, “we’re starting to get more comfortable playing in the Big Ten.”

For Hughes, it starts with experience. He tapped setter Nicole Alford, middle blocker Katie Myers and outside hitter Erika Pritchard as captains for the upcoming campaign, with all three having started every match last season.

Multiple team members prepared for the new season by playing on foreign tours this summer, including Pritchard, a preseason All-Big Ten honoree who spent time playing in Japan.

“It was an incredible experience,” Pritchard said. “The group of girls was amazing.”

The Terps’ experienced core won’t be fully intact at the season’s start, though. Alford is currently nursing a foot injury and is expected to miss the first few matches. Maryland’s plan of attack will likely depend on Alford’s status moving forward, Hughes said.

The Terps’ quest starts with a match Saturday against Austin Peay, who went 27-5 in 2018, followed by a bout with Kansas State later that night. The primary challenge lies in Big Ten play, but the Terps’ first few opponents will provide a benchmark to see if they’re prepared to finally get over their NCAA tournament hump.

“We have challenges right from the get-go,” Hughes said. “It’s a good blend of opponents in our first weekend.”