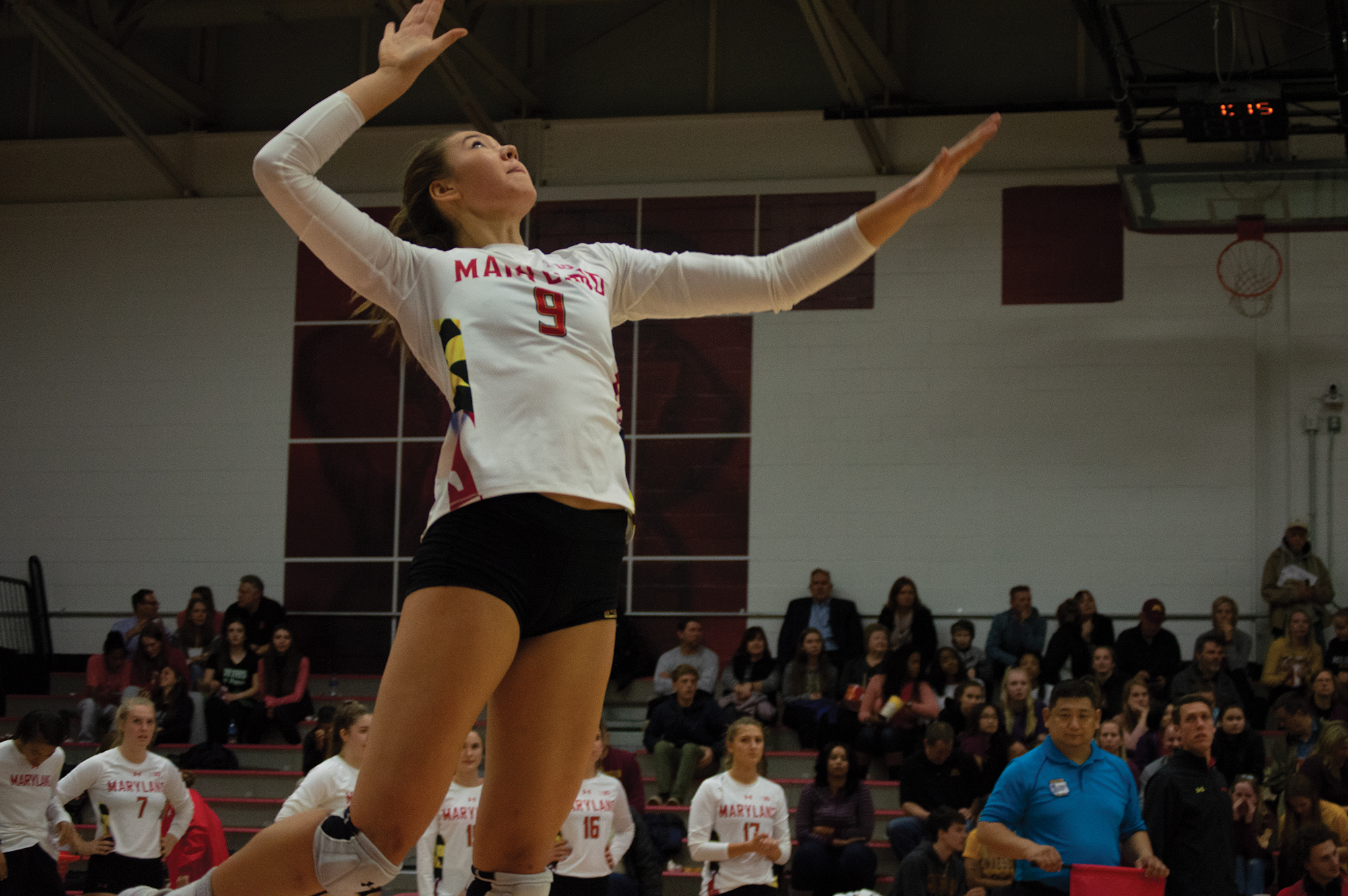 Outside hitter Erika Pritchard serves the ball during Maryland’s 3-1 loss to No. 3 Minnesota at Xfinity Center Pavilion on Nov. 16, 2018. (Joe Ryan/The Diamondback)

Outside hitter Erika Pritchard became the first Maryland volleyball player to be named as a preseason All-Big Ten honoree, the conference announced Monday. The junior pin hitter is the first Maryland preseason honoree since 2013, when Adreene Elliott and Ashleigh Crutcher were named.

Pritchard, a two-year starter, will be entering her junior season as Maryland’s most valuable asset. She played in all 32 matches and all 114 sets for the Terps last season, receiving first team All-Big Ten honors. She also set a career high with 493 kills in 2018, leading the Big Ten with 4.32 kills per set.

“I’m excited Erika received this preseason honor,” coach Adam Hughes said in a release. “It’s great recognition from the coaches in this amazing conference of what she’s capable of achieving. That being said, I know Erika is working hard to make sure she’s recognized for what she brings to our team at the end of the year, not just the beginning.”

Pritchard was honored along with 13 other Big Ten players. The list includes three Penn State players — who Maryland will take on twice in October — as well as three Minnesota and Nebraska players, each.

With just three seniors on the roster, Pritchard is expected to take on a greater leadership role in 2019. She will attempt to fulfill preseason expectations as she leads the Terps at the Wolfpack Invitational in Raleigh, North Carolina on Aug. 31; the Big Ten season is set to begin on Sep. 25 in College Park against Ohio State.