UMD’s next president should be elected by students, staff and faculty 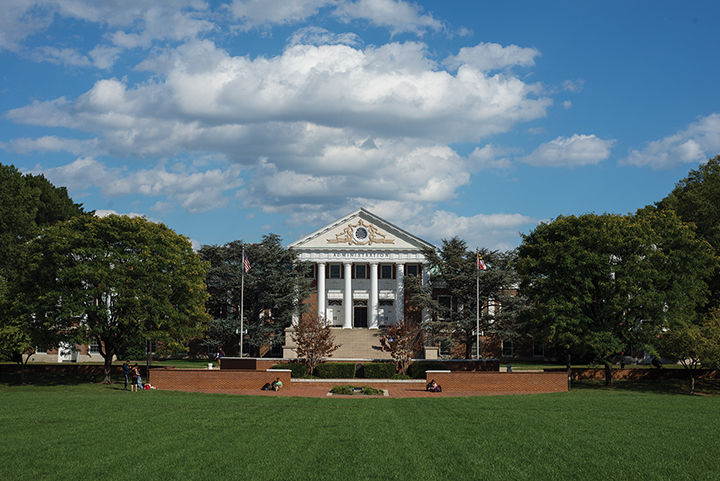 From time to time, I have an epiphany about a way to make the University of Maryland less of a shitshow. I’ll wake up sweating in the middle of the night, whispering, “UMD oughta give every incoming freshman a plant,” or “I have just devised a complex system of stakeholder democracy to fix the Board of Regents.”

In the past few days, I’ve been thinking about the position of university president. Wallace Loh, who is set to leave his position at the end of the coming academic year, is not a good one. The man surely has his personal eccentricities; who can forget when, reflecting on a year that included Richard Collins’ killing, Loh referenced Charles Dickens in saying, “This is the best of times, this is the worst of times.” (It was not the best of times.) But, fundamentally, the failures of Loh’s administration are structural, not personal. The problem is who the university president really works for — namely, wealthy donors and the Board of Regents. As long as that’s the case, and as long as the Board of Regents is made up of rich weirdos, Loh’s successor is sure to disappoint.

Thus a new late-night epiphany: There’s really no good reason why the immediate university community — students, staff and faculty — should not elect the next university president.

My provisional proposal is quite similar to the way Montgomery County Public Schools students select a student representative to their board of education. Over the course of several months, members of the Board of Regents could sift through the qualified applicants and select two or three finalists. Those finalists could record a video debate, in which they answer questions submitted by students and staff. The video would be played during class time, and students would have the opportunity to submit ballots at the end of class. Similarly, university staff would be given an extended lunch break during which time they could watch the video and vote. At the end of the voting period, which could last a few days, all the ballots, from students, faculty and staff, would be counted, and the next university president would be announced.

After their election, the university president should serve a term of four years. At the end of that period, they should have the opportunity to “run” for another term. If the majority of voters give their assent, the president would serve another four years. If not, the Board of Regents would open up the application period and the entire process would start again. No university president would serve for longer than eight years.

This is a fairly moderate proposal, in that it preserves the role of the Board of Regents to select finalists. It’s probably more than they deserve. And indeed, so long as the board continues to be populated by the kind of people who find DJ Durkin charming, my proposal is unlikely to lead to a dramatic improvement this university’s governance. That’s why it’s so important to pair direct democratic reforms with significant changes to the way the regents are selected. If such efforts sputter out, it might be better to push for ways of selecting candidates that entirely bypass the board; in Montgomery County, for example, a convention is held to determine which finalists will face the student body.

Ideally, democratizing the selection of university leadership would ensure that our president would worry about the opinions of students, staff and faculty — because those people would decide whether the president gets another term. I want presidential finalists to make promises to various university constituencies, to maybe even pander to them. And I want the people whose lives are affected by the president’s decisions to have the power to punish leadership should they fail to deliver on their promises.

All of this flows from a basic contention: The people currently determining this university’s future aren’t any more decent or wise than those attending classes, grading papers or working in dining halls. Poor governance has jeopardized our accreditation status, and university leaders are, by and large, misguided and untalented. It’s time to take back a modicum of power.

Max Foley-Keene is a rising senior government and politics major. He can be reached at maxfkcap2016@gmail.com.