Why has “Fearless Ideas” become a meme? 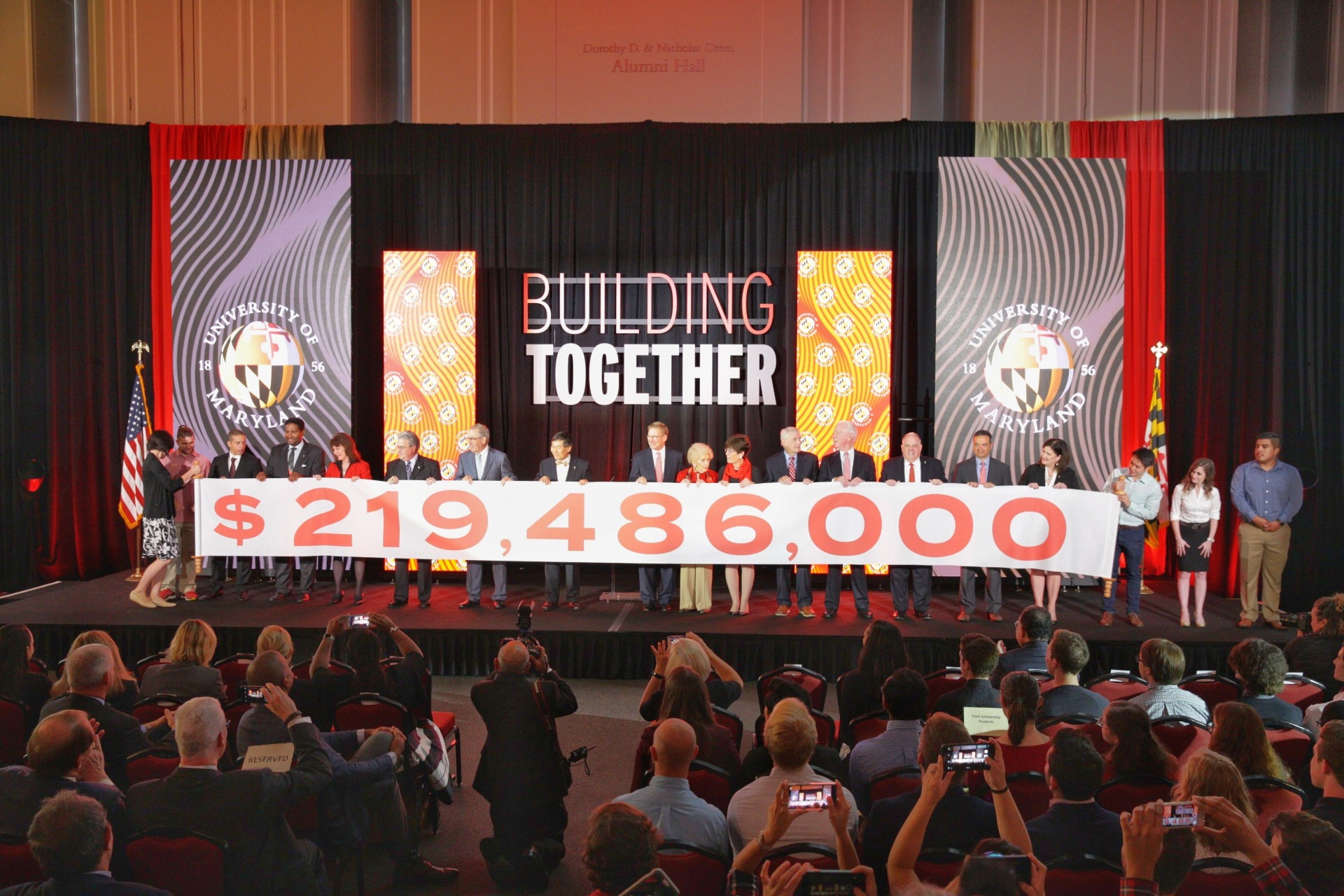 You don’t have to spend much time on the University of Maryland’s campus to learn that its “Fearless Ideas” branding has become a meme, a way to encompass all the university’s missteps in one lazy joke.

“Did you hear that UMD started a safe space for white students?” your friend might ask. “Now that’s a fearless idea,” you respond with a wry smile.

The answer to why exactly the branding has reached meme status isn’t simple. Part of it is overuse. Even good branding will get stale after it’s plastered onto a gazillion posters and crammed into every promotional clip. With repetition, nearly anything can become funny in a delirious sort of way.

But a deeper reason behind the meme-ification of “Fearless Ideas” is that the actual ideas governing this university are anything but. There’s a gap between the intense self-regard of the university’s rhetoric and the caution of its practices — and in that gap lies the humor of the slogan. When using the phrase ironically, a student is really asking, “How on earth could anyone think this place is fearless?”

I want to be clear that I’m not questioning the quality of anyone’s scholarship, which is often groundbreaking. I’m talking here about the basic elements of this university’s governance — its biggest projects, its academic priorities, its presentation to the public.

And that governance isn’t bold — it just follows the standard playbook of the neoliberal university. You know the drill: Rely on graduate labor for research and instruction but actively lobby against giving them labor rights. Try to develop the area around campus, and invite a bunch of evil companies to move in. Sponsor an event to promote intellectual diversity, and bring in a white nationalist to speak.

Find some rich people who’ll give you money and let them lead the agenda. They want a practice facility for the football team? Great. They want two new engineering buildings? Fine — but call the second one the IDEA Factory. Try to find even more rich people who’ll give you money. Call that fundraising effort “Fearless Ideas: The Campaign for Maryland.”

Most of these practices are defensible, but there’s no arguing they’re groundbreaking. Universities all across the country are developing and “modernizing” in exactly the same way. It’s not fearless; it’s safe.

The “Fearless Ideas” slogan borrows its tone from the international ideas world. This is the world of the TED Talk (“Ideas Worth Spreading”) and the Aspen Ideas Festival (“Engaging Ideas that Matter”), where extremely rich people gather to figure out how to make the world a better place.

The problem, of course, is that their ideas don’t challenge the very systems that have made them rich in the first place and left the vast majority wanting. The rhetoric is ambitious, but the solutions are minor adjustments to unjust structures of power.

In his book “Winners Take All,” Anand Giridharadas pens a searing polemic against the ideas industry, writing that these individuals and institutions “have given rise to watered-down theories of change that are personal, individual, depoliticized, respectful of the status quo and the system, and not in the least bit disruptive.”

The same is true at this university. We can blather on about passion and innovation, but this university will never be disruptive until it stops taking its lead from the kind of people who think TED Talks are insightful. Why? Because the plutocrats who populate Aspen are the same people who lobby to slash spending on public goods — especially education.

The playbook of the neoliberal university exists because we live in an age of austerity in which government funding for higher education has largely evaporated. Students rely on loans to pay tuition, and universities rely on donations for new projects. But those donors — and their friends in government — are the reason we have an austerity regime in the first place.

Members of the economic elite have waged a decades-long campaign to undermine the very concept of public higher education. When institutions are starved for cash, billionaires swoop in with donations and remake colleges in their own image. The super-rich are the cause of — and temporary solution to — all the neoliberal university’s problems.

“At the University of Maryland, we believe that education has the extraordinary power to transform the life of every person on earth,” explains one of this university’s serotonin-zapping promotional videos. I believe that, too. But that transformative and egalitarian philosophy of education is incompatible with a model in which the uber-wealthy call the shots. And so long as that model remains in place, our governance will remain cautious, and “Fearless Ideas” will remain a meme.