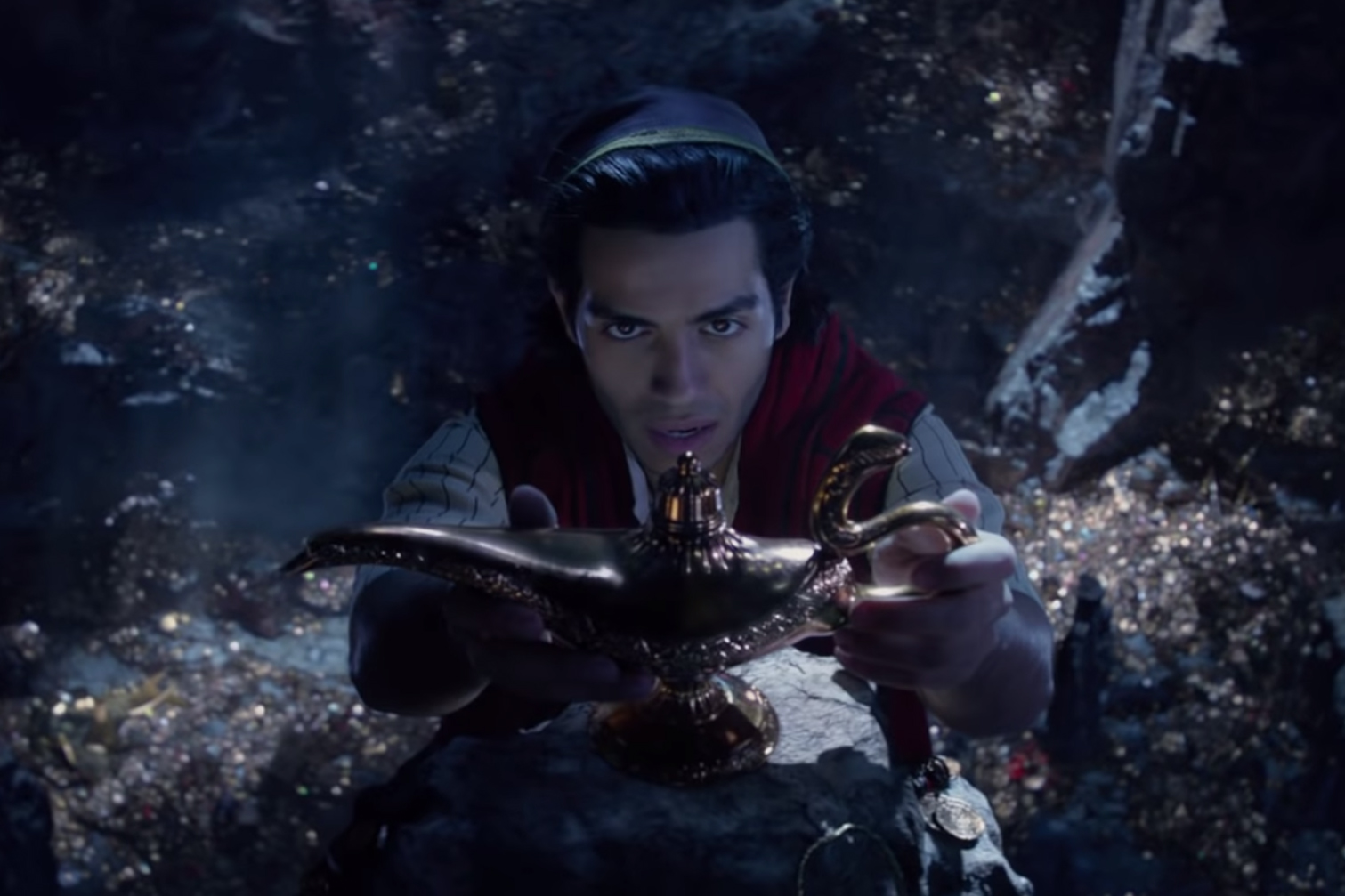 The live-action remake of Disney's 'Aladdin' stars Mena Massoud as the titular character (Photo via Youtube).

Just like the original animated film, the new remake of Aladdin followed Princess Jasmine’s longing to be free. Disney has had a hard time of breaking their own glass ceiling, which they created in the ‘50s with their stereotypical, helpless princesses, and it seems like the company was trying to use this movie as a chance to redeem themselves.

The relationship between Jasmine and Jafar was far less predatory and sexualized than it was in the 1992 film, which I was grateful for — especially considering Aladdin was originally targeted at kids. The release of the movie in the current #MeToo era made Jasmine’s triumph over Jafar represent a much deeper win for women — one where the girl not only comes out okay at the end but participates in achieving her own happiness, a narrative we don’t see enough.

The new Aladdin gave closure to Jasmine that the original film lacked, turning her plight into more than just not wanting to get married and making her relationship with Aladdin that much more fulfilling. I wasn’t expecting the added solo song that Jasmine used to go from feeling powerless to empowered, and while it felt a little forced, I appreciate how Disney is attempting to make up for where they’ve fallen short on female portrayal.

[Read more: If you only watch one episode of ‘Game of Thrones,’ check this one out]

I went into the live-action remake of Aladdin expecting the “live” singing to be the weakest part — but I was pleasantly surprised. The build-up to the iconic songs I memorized as a child made me forget how mediocre many of the actors’ singing voices were. (There’s a reason Will Smith’s children are singers and not him.) Director Guy Ritchie often stuck closely to recreating the original scenes from the animated film, letting nostalgia do most of the work.

Apart from the Genie and a few one-liners taken directly from the original, the dialogue was the most disappointing part of the movie. The film’s focus was elsewhere: the flare of the set design and perfect segues into spontaneous song and dance. The cohesion between the elaborate costumes and the detailed cinematography captured the magic of Walt Disney that we all know and love. I saw Aladdin in 3D, which might have made the experience that much better, but regardless, the seamless connection between culture and costume made up for the cliche conversations.

Seeing our favorite animal sidekicks was a highlight too, and while part of me kept expecting them to start talking, I absolutely loved the placement of Abu and Rajah. The magic carpet’s human-like interactions were amusing and adorable. Jafar’s bird Iago’s parroting added some much-needed on-screen tension, but I could’ve used a little less of him flying around during scene transitions.

The mix of well-known actors with essentially unknown ones provided an interesting dichotomy for the movie as well. In the case of Mena Massoud as Aladdin next to Naomi Scott as Jasmine, it worked to give the two a realistic street-rat-meets-princess relationship. Scott took her rightful place as a leading protagonist of the movie, topping her roles as the Pink Ranger in Power Rangers and her character Mo in Lemonade Mouth.

Smith as the Genie overpowered everyone else — providing comedic relief and a reminder that Disney’s ultimate goal is for the audience to feel good by the end of the film. His take on our favorite blue character felt unique enough to not have to compare his performance to the unsurpassable Robin Williams.

The live-action Aladdin is worth a watch at least for the nostalgia of the songs and storylines, and to see justice finally served for Jasmine’s multidimensional character. And in the event that you start cringing during the dialogue, at least you can use the pretty outfits and rich scenery as a distraction.