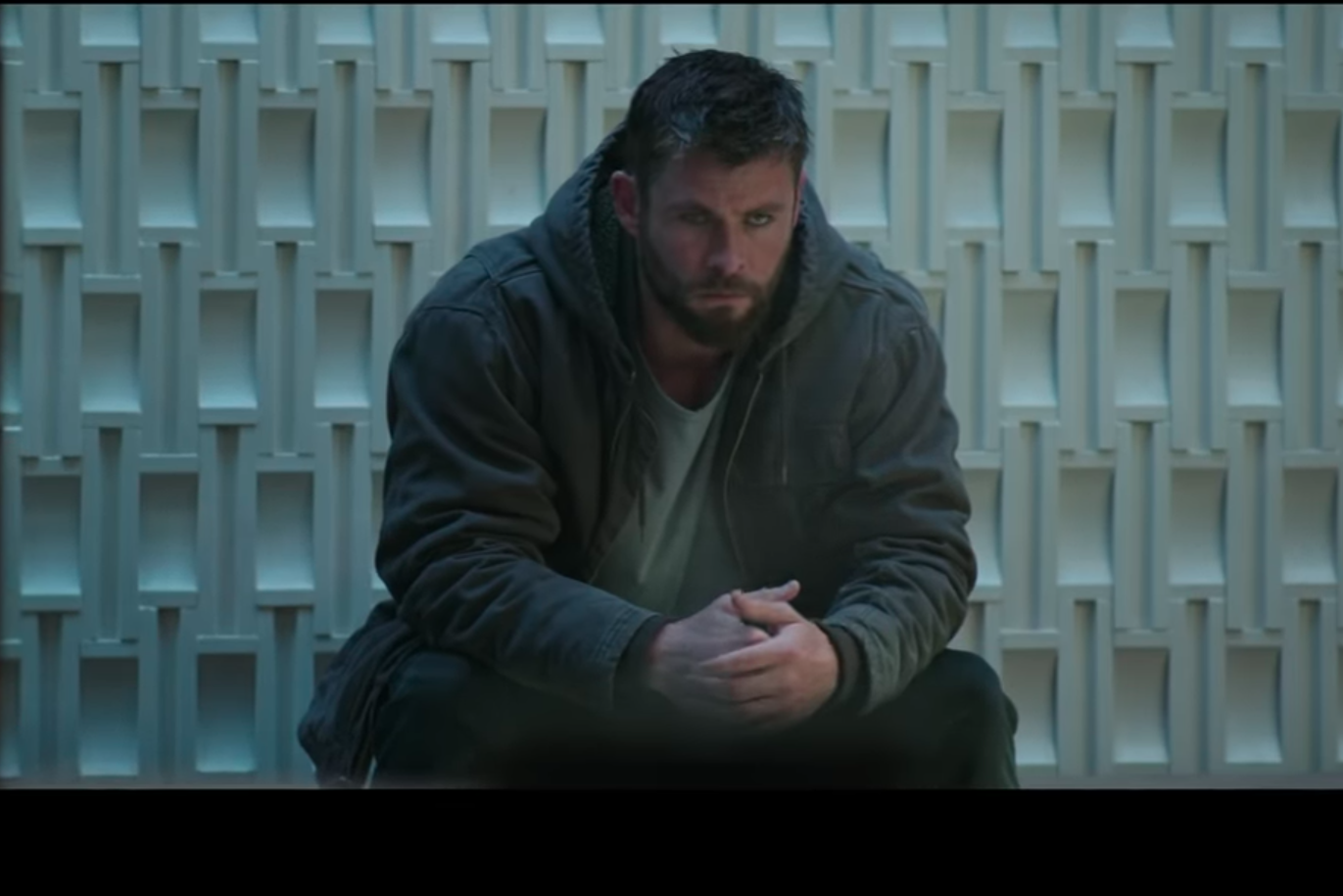 Thor sits pensively in the trailer for ‘Avengers: Endgame’ (Photo via YouTube).

If you’ve a) seen Avengers: Endgame and b) have a soul, you probably have a lot of feelings yet to be unpacked. There are miles of material behind each character — and moment — in the film, but critics of all kinds have already offered their opinion on Thor’s characterization in the movie. I personally couldn’t miss out on adding my two cents.

Thor has really been through it. Granted, he’s still alive, so he’s better off than some of the other Avengers. But a large part of his role in Endgame explores how he has gone through a very noticeable physical change. Where Chris Hemsworth’s godly body was once a focal point of Thor’s character, this twist landed Hemsworth in a fat suit.

When greeted with this new, traumatized Thor, audiences ostensibly laugh in surprise. His stomach stiffly hangs over his pants, looking very much like a fake addition to Hemsworth’s perfectly-sculpted abs. Our reaction is to laugh him off like Rocket Raccoon does, or maybe approach him with Bruce Banner’s gentle touch.

Wrong: Using a fat suit as a gimmick. It’s just tired. It’s not a dignified break from Thor five years ago — it’s a way to make the audience laugh and break the tension of a very long, dramatic movie.

There’s more than one way to show weight gain as a plot device. With or without a fat suit, it can be done with empathy for how trauma changes someone, inside and out. Or it can be done to relieve the tension with a joke. There are plenty of funny moments in this scene that are used as a comedic release, the best being Thor’s threats to n00bmaster69. Thor’s fat suit is not one of these funny moments.

Right: There’s no back-to-buff moment. I was certain that some time travel trick — or, ya know, the fact that he’s a god — would have Thor back in shape by the end of the movie. Instead, we get to watch Thor’s surprise when he realizes he’s still worthy of Mjölnir, his signature hammer, even without changing back to his old self.

Thor remains worthy, despite his pain, grief, or stomach. He didn’t need to go through a physical change to prove that.

Wrong: Marvel’s portrayal of male trauma and depression. Tony Stark’s weight loss near the beginning of the movie is seen as a sign of the struggle he’s been through. But Thor’s weight gain is seen as a joke.

Right: The fight scene. Thor had the same badass god-of-lightning moments he had in Thor: Ragnarok and Avengers: Infinity War. He wore armor that actually fit his body, still amazing at any size. And when he’s wielding Mjölnir and Stormbreaker at the same time? Hot damn.

Where Thor will go from here is still very much in the air. I’m excited to see him try and find his own path while Valkyrie leads the Asgardians as their queen. And I’d like to see the movies move on from a sculpted Thor, to a Thor that doesn’t play by the rules. But it seems more likely we’ll be given back the Thor in Hemsworth’s body, showing us that Marvel still thinks a superhero needs to be a rugged, sculpted celebrity.