Review: ‘Pokémon Detective Pikachu’ was the most adorable thing Iʼve ever seen 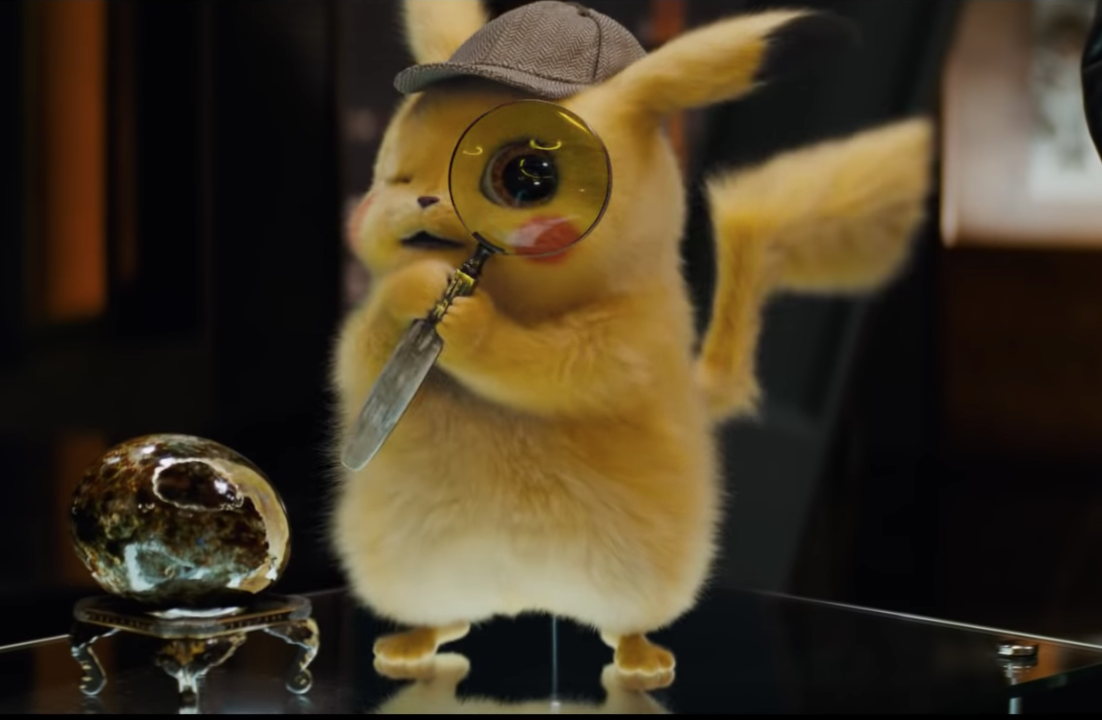 Pokémon Detective Pikachu is the best childhood Christmas present Iʼve ever received, and itʼs not even Christmastime.

When I was a kid, I would wait with unadulterated excitement until I could spend hours Googling all the toys I wanted for my wish list and send it to Santa. Every year, the first thing I would request of Santa was “please, please, please, if theyʼre real, give me a Pokémon.”

Itʼs been ten years since I’ve sent Santa a letter, and I am ecstatic to announce that he has finally granted my wish. Just not in the exact way I expected.

Pokémon Detective Pikachu’s story revolves around Tim, a 21-year-old who hasnʼt quite outgrown his middle school angsty phase. One day, Tim gets a call from the police informing him that his dad has died. He is then dragged into the mystery of his father’s disappearance when he stumbles upon his dad’s Pokémon and partner, Detective Pikachu (voiced by the ever-sassy Ryan Reynolds).

Along the way, Tim and Pikachu discover the creators of the city are messing around with Pokémon genetics and that their actions have something to do with Timʼs father’s disappearance.

When I saw the first trailer for this movie I was excited, but also, filled with dread. I knew they could either make a great movie, or ruin Pokémon for a whole generation of kids. No pressure. It seemed odd that Ryan Reynolds was going to be the voice for Pikachu, who has always been the poster Pokémon for adorableness — sorry, Ryan. No offense, but youʼre not cute like Pikachu is.

And the plot was cohesive enough to be enjoyable, which, for these kinds of movies, can be difficult to achieve (see: Fantastic Beasts and Where To Find Them). There were just enough glimpses of childhood favorites to keep me screaming internally, but they didnʼt take up too much of the runtime. Some honorable mentions include Jigglypuff, Aipom and Bulbasaur.

The story also touches on the ethics of science and genetic modification, but itʼs not too complicated for the audience to understand. Nor is it too preachy or heavy-handed, which some movies in this science fiction realm can be.

It is worth mentioning that Mewtwo’s animation made me really uncomfortable. Maybe the memes dubbing him thicc have ruined it for me, but Mewtwo was muscular and gross — definitely true to the original illustrations.

That being said, the animation for this film was absolute fire. It didnʼt exactly look like real life, but it wasnʼt glaringly fake either. It gave childhood-me a great idea of what Pokémon would look like — and be like — if they were real. And it was fantastic.

The animation and characterization in the movie is so adorable; there were multiple instances when I just wanted to burst from the cuteness. Pretty much anytime Psyduck was on screen stressing out about something, I just wanted to give him the biggest hug ever. And when all the Bulbasaurs come to help Tim and Pikachu later on in the movie, just watching them waddle along had me dead, and then resurrected, from the cuteness.

The movie isnʼt incredibly deep, and Ryan Reynolds’ jokes only got internal chuckles from me, but the rest of the audience laughed out loud multiple times. The main characters Tim (Justice Smith) and Lucy (Kathryn Newton) were snot-nosed kids upon first impression, but thankfully they had some character development. The movie leans heavily into tropes and stereotypes in the first 20 minutes, but eased off enough to the point of not being unbearable.

The only loose end of the movie that wasn’t neatly tied up was the bad guy logic. By the end, I wasn’t quite sure why they wanted to turn everyone into Pokémon. I’d compare it to Thanosʼ logic in The Avengers — it kind of makes sense when they start talking, but by the end of their villain speech, youʼre definitely lost.

Pokémon Detective Pikachu was incredibly cute, and it was certainly entertaining. It is absolutely worth a watch whether or not your childhood was consumed by Pokémon games. Me? Iʼm just glad Santa finally came through.