If you only watch one episode of ‘Game of Thrones,’ check this one out 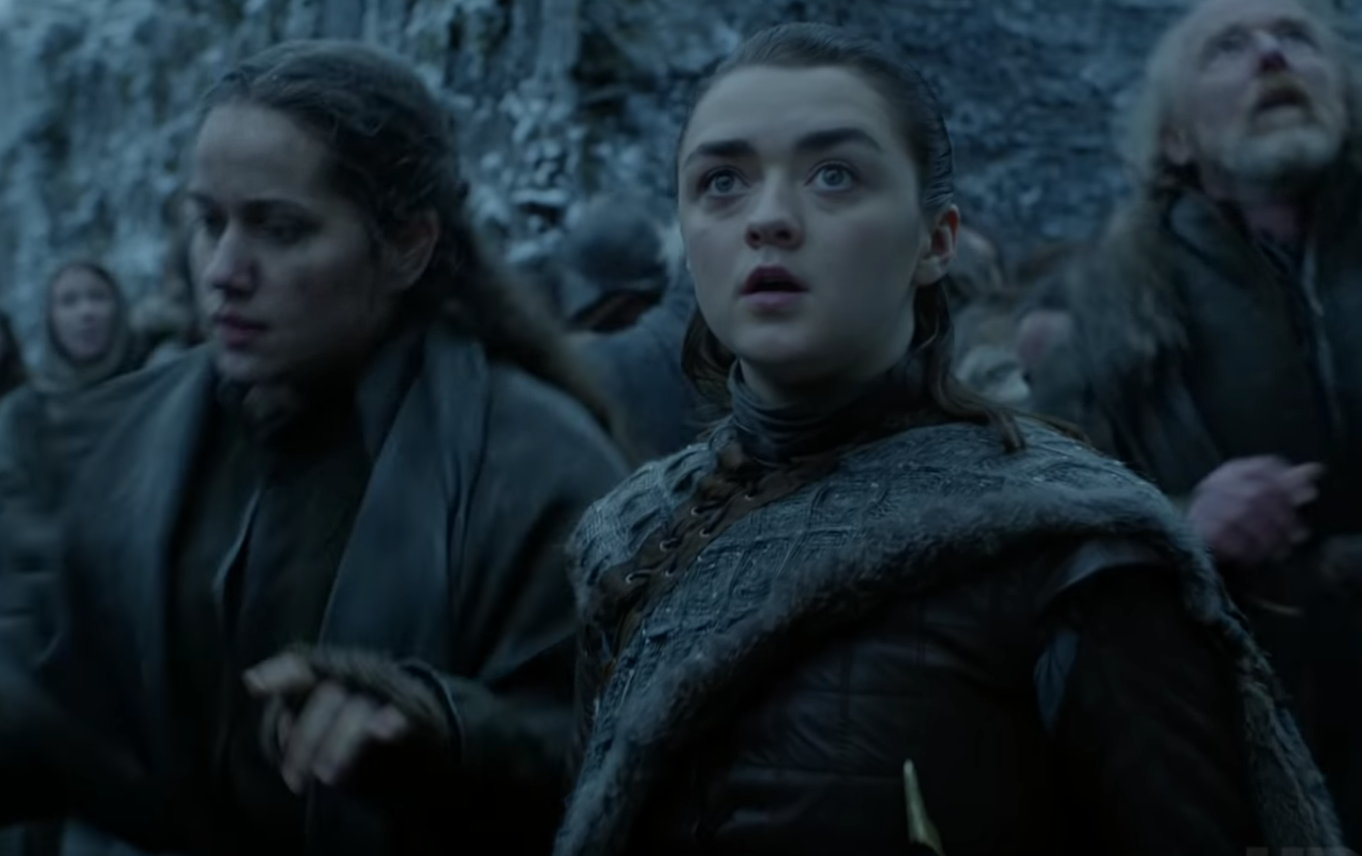 Arya Stark in 'Game of Thrones' (Photo via YouTube.)

I am sure if you are one of the remaining few who hasn’t been keeping up with Game of Thrones this season — or at all — you haven’t been able to escape people talking about this past Sunday’s episode. I know what it’s like because all three of my roommates wouldn’t stop talking about it either.

I’ve never really watched Game of Thrones; I have commitment issues when it comes to keeping up with TV shows, and thematically, it never seemed like my cup of tea.

My first foray into the show was the famous Jon Snow butt scene. One of my friends showed it to me to give me a taste of what it was all about — in the most shocking way possible, of course. Since then, I’ve been fairly successful in avoiding GOT-related things.

This year, however, all of my roommates have been watching the new episodes as they air, and, by proxy, so have I. I didn’t pay too much attention to the first two episodes of the season because they involved a lot of talking, mostly about things I didn’t understand. I still have no idea what King’s Landing even is, and I have a hard time remembering everyone’s names and familial relations (please don’t roast me).

But the third episode — which I have deduced to be about the Battle of Winterfell because my roommates said that phrase a lot that Sunday — was a quality piece of TV entertainment, and you should watch it even if that’s the only episode of GOT you ever watch .

First, the cinematography is stunning. You have to watch this episode at night and in complete darkness to be able to see anything. But what you do see is hauntingly beautiful. The use of pitch black darkness and blurry winter storm is one of the most effective ways this episode builds suspense. The scariest part of any war is not knowing what you’re up against, and the filmmakers capitalized on that effect for as long as they could. There are very few, if any, moments in the episode where you actually get a good look at the wights (creepy zombies with blue eyes), and you can barely see the fighting go down clearly when the forces finally clash. It makes for a riveting battle scene that constantly leaves you confused and frustrated but also keeps you on the edge of your seat.

Second, the way the episode’s story unfolded was masterful. The mounting suspense was incredibly well-done. I think I can speak for everyone when I say you genuinely had no idea what was going to happen at the end. Was this going to drag on into another episode? Was there going to be a good ending (as good as it can get in GOT, which is your mains not dying)? Was there going to be an incredibly bad ending where everyone died?

The show’s producers knew what the audience’s thought process would be while watching this episode, and they used it against us. They knew we would think there must be some sort of redeeming happy ending where most of the main characters couldn’t die. Yet, and in the most teasing way possible, they made it so this very thought could not be put to rest until the last few minutes of the episode.

Finally, even if you watch the whole episode and are frustrated because it’s boring, annoying or confusing, one thing is for sure — that ending is astounding. I will not spoil it here (even though odds are you already know what happened because everyone and their mom said so on Twitter), but as someone who likes to predict the twist endings of Law & Order: Special Victims Unit right at the beginning of each episode, even I could not predict this ending.

The filmmakers managed to wrap you up in such despair, pulling every trick in the book — there was almost no way to see that ending coming. My roommates screamed and jumped up and hugged each other like their team had just won the Super Bowl as I just sat there in shock not knowing what to do with myself.

I also thought it was a great idea to have the whole battle contained in one extra-long episode. It would’ve been an easy ploy to get people to watch the next week, but it would’ve unnecessarily dragged the battle on and probably wouldn’t have made the battle and ending nearly as effective if they had split it in two or three.

So, if you’re like me and don’t really care about GOT that much, I support you. But I do ask that if you give this show any kind of gander, gander this episode. Aside from the fact that it broke a few television records which is cool on its own, it’s a great piece of television that entertains and feels cinematic. Not to mention, you will finally understand why everyone has been screaming, “ARYA!” for the past two weeks.