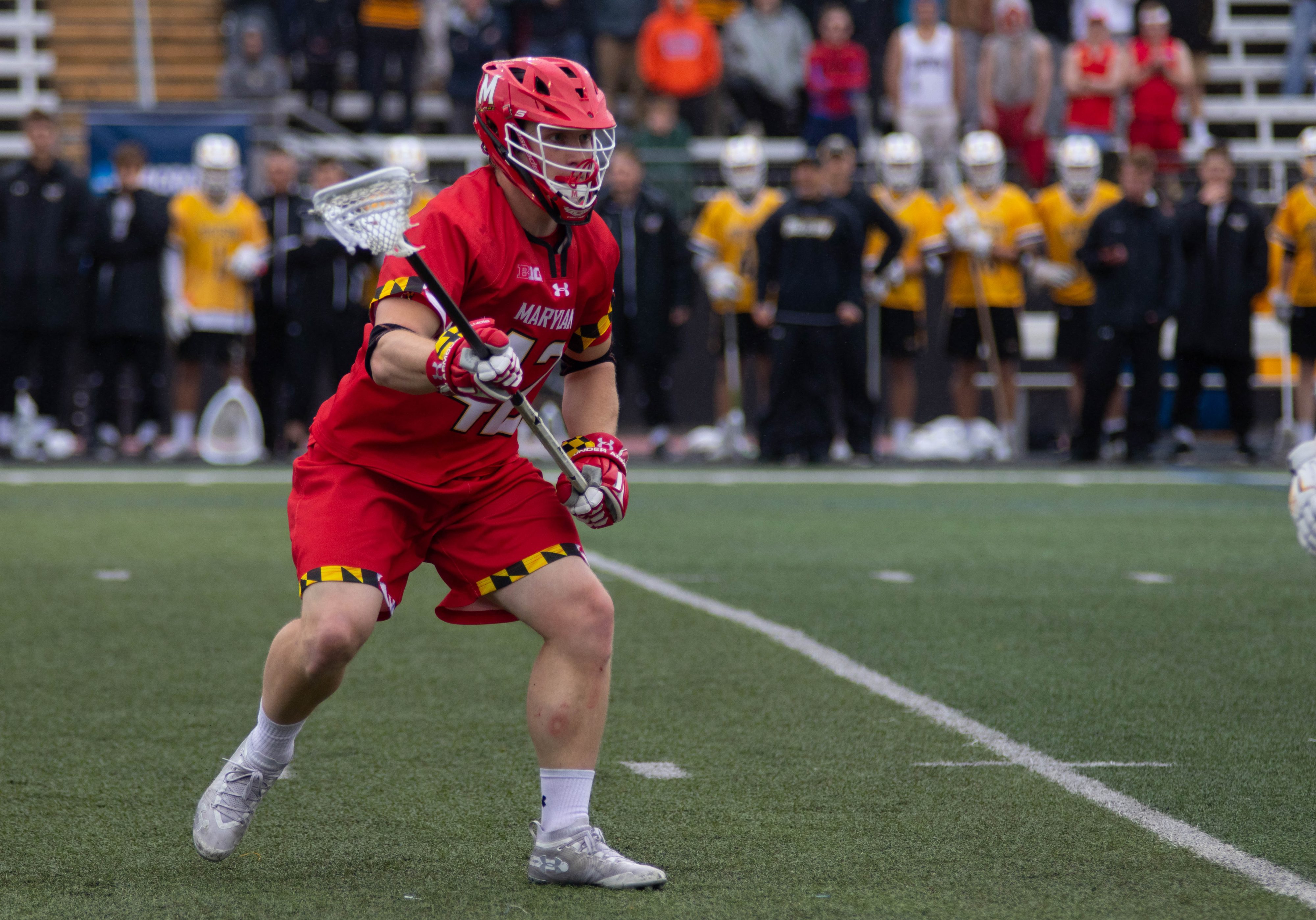 When Maryland men’s lacrosse defender Curtis Corley committed an unforced turnover along the sideline on a failed clear attempt early in the first quarter against Towson, coach John Tillman’s frustrations were apparent.

Tillman knew the value each possession, given the advantage Towson would likely build with faceoff specialist Alex Woodall’s near-75 percent win rate from the X. While the Terps were able to eke out a win over the Tigers in overtime, 14-13, they can’t afford to make such blunders against Virginia — their quarterfinal opponent.

The Cavaliers don’t have an All-American faceoff specialist, but they do boast an aggressive defense that has forced the fifth-most total turnovers and the 17th-most per game in the nation. So even with the optimism that the Maryland attack will get more possessions, the approach of not carelessly conceding them remains the same.

“Just because we get the ball more [from faceoffs] doesn’t mean we can’t play like we did on Sunday,” attackman Louis Dubick said. “We have to play the same way. We have to stay patient, execute and be super opportunistic.”

Maryland has committed the seventh-fewest turnovers per game in the country, relying on decisive, crisp passing and measured dodging attempts in its offensive sets. The strategy is likely to remain the same on Saturday when the Terps meet the Cavaliers at noon in Hempstead, New York.

Should the ball end up hitting the ground, though, Virginia is always poised to scoop it. The Cavaliers are the nation’s No. 1 team in coming away with ground balls, and they oftentimes initiate transition opportunities off those recoveries.

“They run the ball from defense to offense well,” Tillman said. “They get up and down, they’re athletic, they’re skilled, they’re very talented [and] they’re tough off the ground.”

Tiffany’s pace-focused style could lend itself to a high-scoring affair in the quarterfinal matchup. Though the two former conference rivals haven’t faced off since Maryland left the ACC in 2014, the two coaches are familiar.

In the 2016 tournament, the Terps faced Brown in Tiffany’s last year coaching there. Using a similar style to what he’s brought to Virginia — defense and transition — the game ended 15-14 in, with Tillman narrowly coming out on the winning end.

While defense typically leads to offense in Tiffany’s system, Virginia’s offensive players have shown the ability to turn into defenders in their own right. On opponent clearing attempts, the Cavaliers have forced failed clears 30 percent of the time.

“Their riding is terrific,” Tillman said. “Best riding team in the country.”

Maryland has demonstrated that it can overcome aggressive riding tactics, competing against Michigan and Bucknell’s 10-man looks in wins earlier this season. And though the Cavaliers’ style is different, the Terps have accumulated the fifth-best clearing percentage nationally against a number of different styles.

The Terps’ defense, meanwhile, doesn’t force the opposition into many mistakes. Maryland’s unit ranks last out of 73 teams in the country in caused turnovers per game, relying instead on playing a fundamental brand of defense.

Despite the defense not securing turnovers at a high rate to even out a potential disadvantage in that category, Maryland’s top attackman doesn’t anticipate any major switches in strategy heading into Saturday’s bout.

“I don’t think it changes anything,” Bernhardt said. “Every week, you’re trying to manage the game. The less mistakes you make, that hopefully comes out in the end.”