With Big Ten tournament on the line, Maryland baseball is focused on what it can control 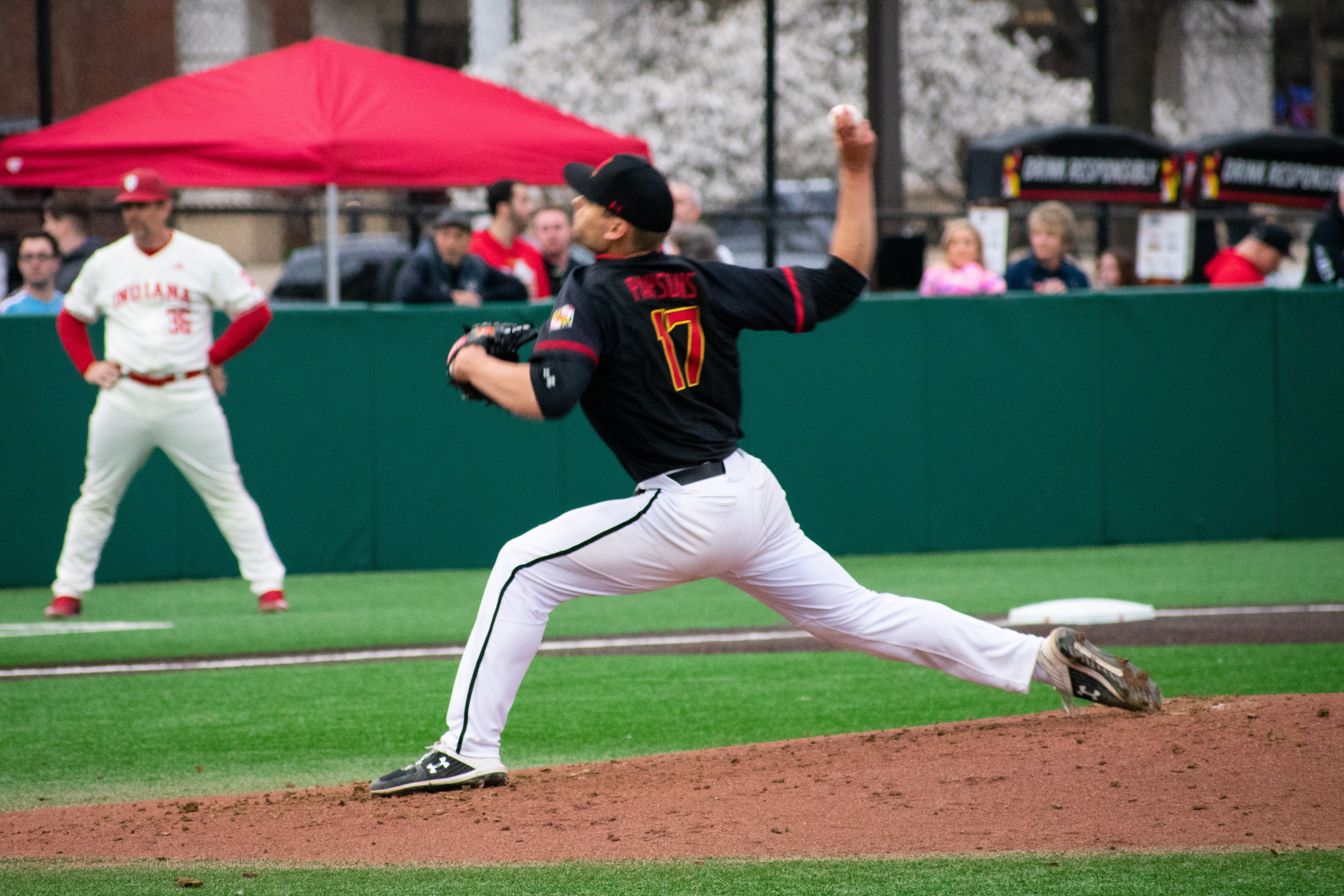 After Maryland baseball finished practice at Bob “Turtle” Smith Stadium on Wednesday, coach Rob Vaughn gathered his team around the mound. In a little over 24 hours, right-hander Hunter Parsons would be throwing the first pitch of a season-defining series.

The Terps, for the second year in a row, are relying on their final weekend to push them into the Big Ten tournament. But unlike 2018, when Maryland controlled its own destiny heading into a series against Indiana before getting swept and missing out, this group will be counting on outside results.

Maryland sits in 10th place in a conference where only the top eight squads earn Big Ten tournament berths. The Terps can make up their half-game deficit in the standings in a bevy of ways — but none that rely on their execution alone.

So, for a team that ended last season earlier than planned, Vaughn told his assembled roster to take things one game at a time and avoid scoreboard watching the other pivotal matchups. With three guaranteed games remaining against Iowa, Maryland will attempt to right last year’s wrong.

“All you can ask for is another chance to do it,” Vaughn said. “So we got that chance starting [Thursday], and we all know exactly where we sit. We’re going to have to win some games this weekend.”

Entering Big Ten play in late March, pitching coach Corey Muscara outlined just how close the Terps were from a breakthrough. He touched on key statistics that epitomized a .500 ballclub and implored the players to believe that if a few things turned in Maryland’s favor, the team’s record would improve, too.

The 29 games that followed that spiel have closely resembled the first 23 before it, though, leaving the Terps at 25-27 overall and 9-12 in the conference. Maryland has battled inconsistency throughout the year, whether it be on the mound or at the plate, sporting a .245 batting average and 5.53 ERA as a team.

“I want to spend another week with this team,” Vaughn said. “A lot of people will look at it and say, ‘You know, you guys weren’t good.’ To an extent, they’re right. We weren’t great this year, we haven’t been great this year. … But I’ve enjoyed the heck out of these guys.”

Shortly after the season-ending sweep to the Hoosiers last year, Parsons said the returning group of seniors began discussing ways to improve this year.

The results haven’t always been apparent. The Terps have won just three of their seven conference series in 2019, and will likely need to sweep the Hawkeyes for their best chance at clinching a tournament spot.

“We don’t want to end our career just playing the minimum,” closer John Murphy said. “We want to go to the tournament very badly. Like, this is one of my favorite teams I’ve ever played on. I love these guys a ton. So I want to play with these guys as long as I possibly can.”

Ahead of the final weekend, Maryland has won just one of its last seven conference matchups. And recently, Vaughn’s team has struggled to get runners on third with less than two outs, a feature the second-year coach described as the “bread and butter” of his offense.

A late rally, including a solo home run from shortstop AJ Lee to provide an insurance run in the ninth, helped topple James Madison on Tuesday. Vaughn hopes that production can be carried into his team’s series with Iowa, minimizing the need to look for help around the Big Ten to make the conference tournament.

“The biggest thing for us is just to focus on what we can control,” Lee said. “Going out there, taking it one pitch at a time, one inning at a time, and just playing our hearts out and leaving it all out on the field. We do that, we put ourselves in a good spot, we let the chips fall where they may.”

There’s a laundry list of things Maryland needs to go right to make the Big Ten tournament and buck last year’s disappointment. But every possibility involves adding to the win column — the more frequent the better.

“There’s a lot of baseball to be played this weekend,” Vaughn said. “We have to play 27 outs every single day to the best of our ability to have a chance to keep playing baseball.”